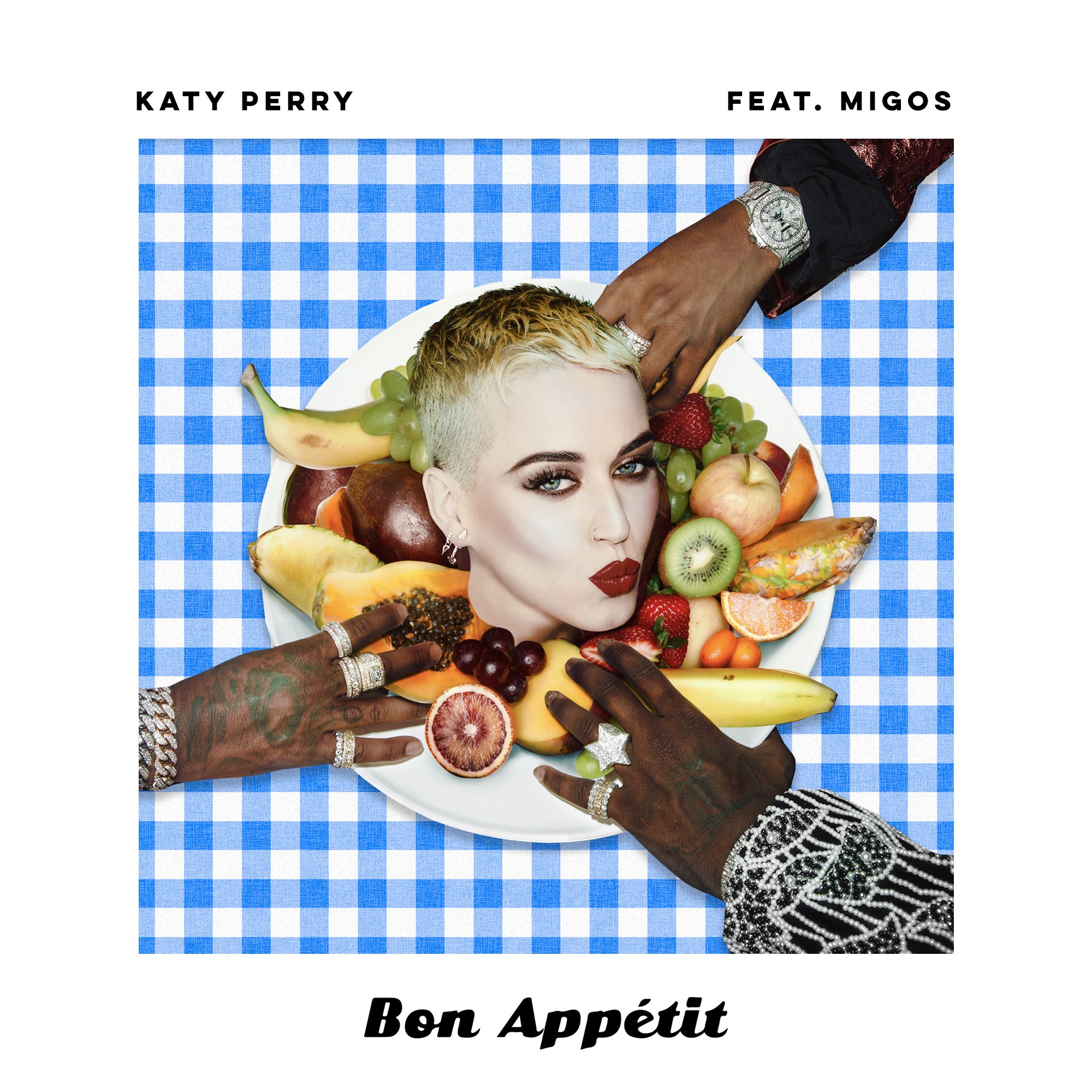 Katy Perry’s “Chained to the Rhythm” sounded like an early candidate for song of the summer, but the singer was ostensibly just warming up. Perhaps in part because “Chained to the Rhythm” burned slower than Perry’s past lead singles, “Bon Appétit,” the second release from her upcoming album, is a decided shift away from the “purposeful pop” of its predecessor, and she’s traded disco-ball scavenger hunts for pie recipe swapping. No soft political polemics here, just time-tested food-as-sex metaphors that hit like a meat tenderizer: “All that you can have, boy/Got me spread like a buffet…Appetite for seduction, fresh out the oven,” Perry sings over percolating synths.

The track was co-produced by Perry’s longtime collaborator Max Martin and features a verse from Atlanta trap trio Migos (famous for their 2016 hit “Bad and Boujee” as well as some unsavory comments they made about a gay rapper). While it boasts a subtle Caribbean vibe similar to the previous single (also helmed by Martin), “Bon Appétit” turns up the BPMs two-thirds of the way through to ensure a more palatable bop. “Chained to the Rhythm” was a fresh, unexpectedly understated launch for Perry’s first album in almost four years, but despite some spicy lyrics, the more easily digestible subject matter of “Bon Appétit” will likely go down easier for the masses.

Listen to “Bon Appétit” below:

Perry will make her third appearance as a musical guest on Saturday Night Live on the season finale May 20.