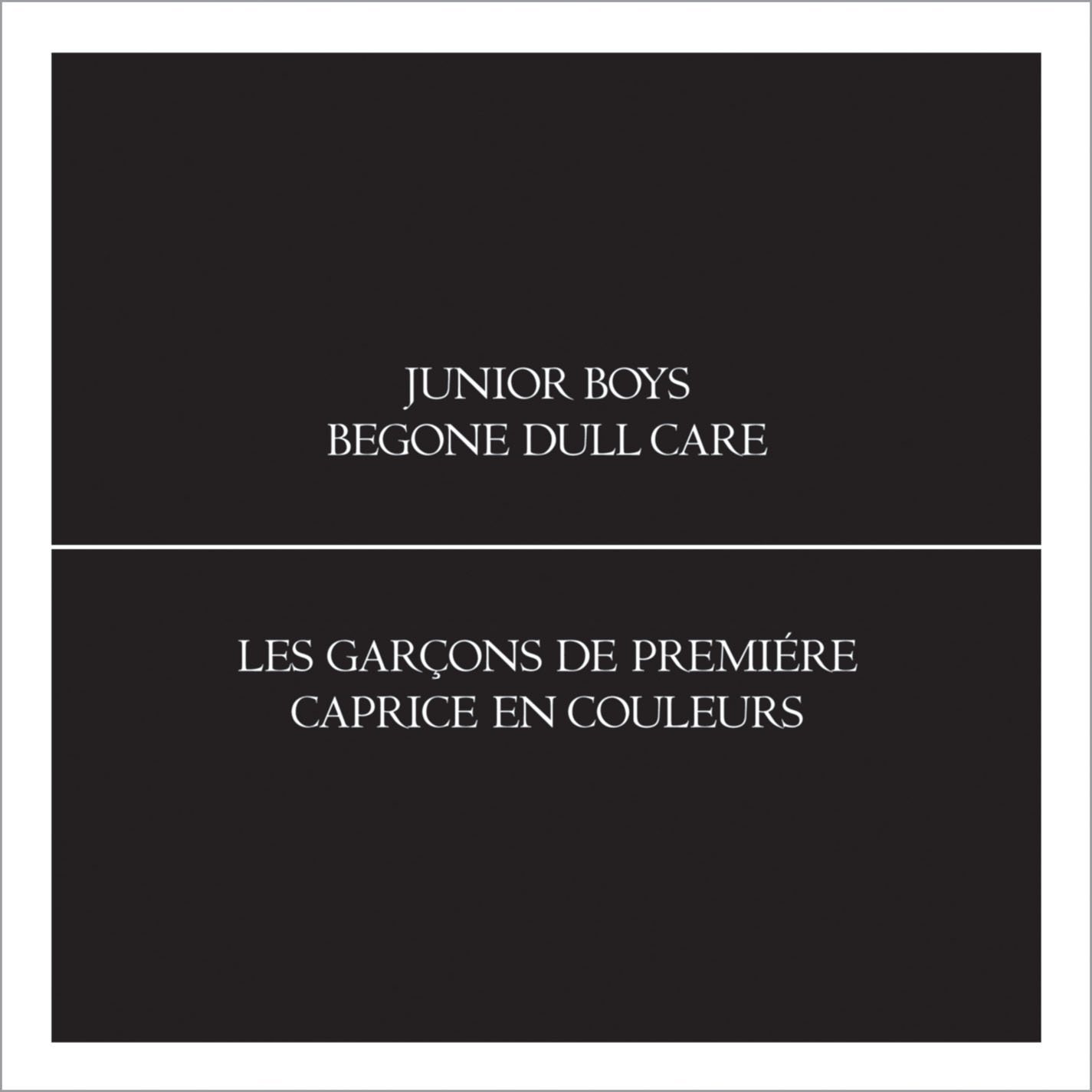 For pretend dance music, Junior Boys’s third album, Begone Dull Care, has a few moves up its inseam—jaunty, angular, overly considered moves, but moves nonetheless. Named after a boogie-woogie Norman McLaren film, Begone is markedly lighter fare than Jeremy Greenspan and Matt Didemus’s previous work. Last Exit and So This Is Goodbye were both claustrophobic and moody affairs—sleek and pristine without ever connecting ass to floor because connection is just too painful. Granted, contact high was, until now, never high on Junior Boys’s agenda, no matter how adept they have proven at programming their breathe-and-stop drum patterns. So you can imagine the disillusionment in certain lonesome quarters that the duo’s new album tentatively throws it down, both sonically as well as interpersonally.

Begone isn’t exactly a full-out disco inferno, but Greenspan and Didemus apparently had something to work out of their system. “I see you better when the lights are out,” admits the refrain of “Bits & Pieces,” backed by the rhythmic spine of the Nick Straker Band’s boogie classic “A Little Bit of Jazz” and fronted with a saxophone solo. It’s not a major thematic shift from “In the morning would you tell me that it’s over?/You think that you’d do better to stick with someone older?” But it is a rhetorical shift worth noting; when crooned via Greenspan’s Robin Thicke-throated baritone, the refrain of “Bits & Pieces” manages to sound both self-centered and persuasively considerate. He’s happy, she’s happy, everyone sweats off a few pounds on the dance floor. Win-win-win.

I don’t want to put too shallow a point on it, but it’s happy convergences such as these that convince me that the Boys might finally be worth dancing to—even if they’ve always been worth a listen. Moving beyond headphone seduction, tracks such as the majestically oscillating “Work,” the R&B-tinged caramel ballad “Sneak a Picture,” and “Parallel Lines,” which sounds like it was recorded in the tile-walled sauna of a health club, demonstrate a directly sensualist intent I’ve never associated with Junior Boys before. Sure, they still revel in the ominously abstruse as in “Hazel” (“With every kiss you kill me more, but I’m here and I decide, so come close and watch me until I die”), but even that’s delivered with the sledgehammer of a monster pop hook. Junior Boys will always be too careful to lapse into something as liquidly hedonistic as, well, Nick Straker Band, but with Begone, they sound like reasonable antecedents.