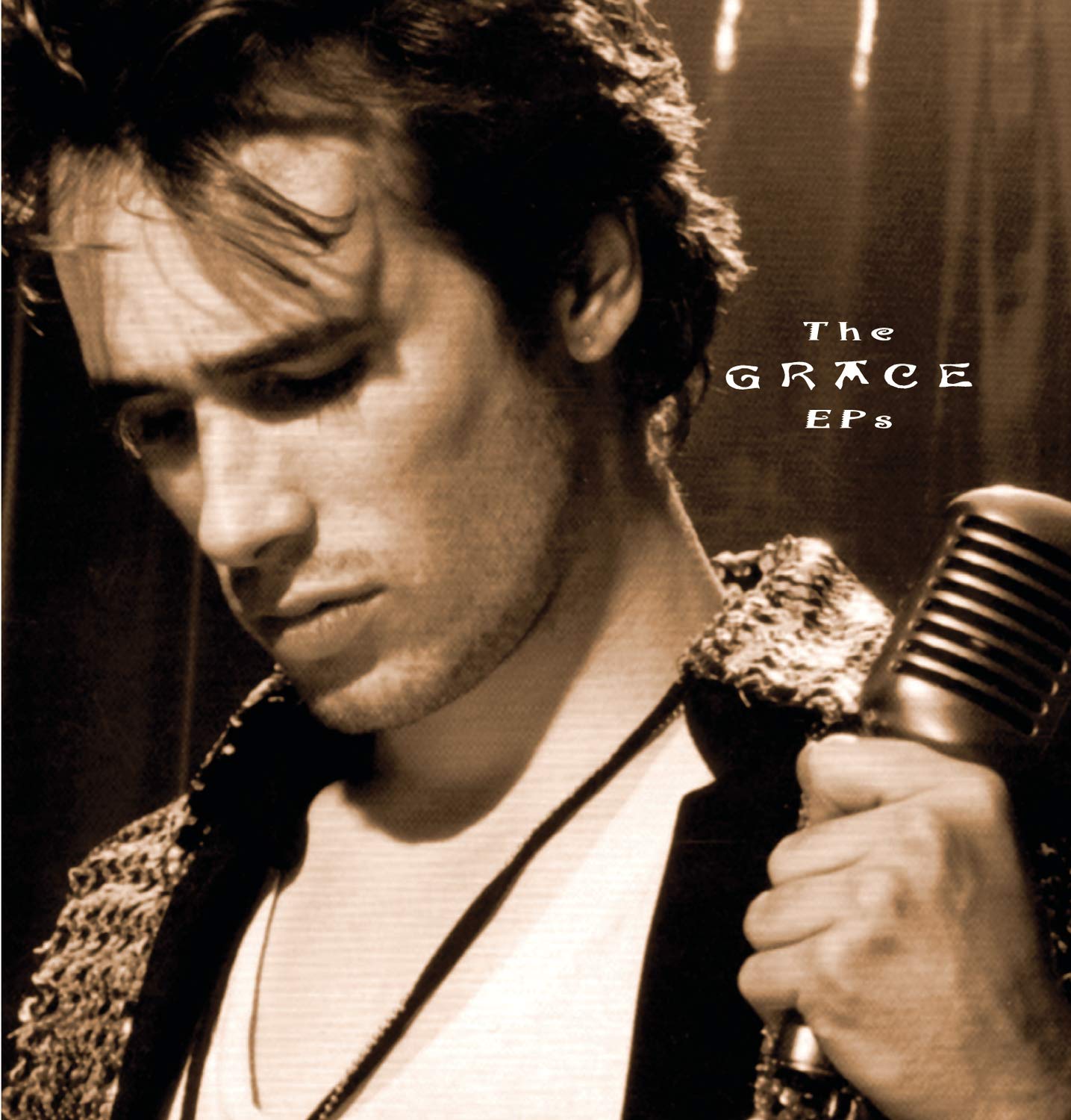 Just in time for Christmas 2002, Sony assembled Jeff Buckley’s premier box set (and presumably not his last), a limited edition collection of promo and commercial singles and EPs. There’s a wealth of material here, so let’s cut right to the chase: The promo-only Peyote Radio Theatre includes the Na Champa Mix of “Dream Brother” and a version of Alex Chilton’s “Kanga-Roo,” both of which are now available on the Legacy edition of Grace, while the promo-only So Real (a.k.a. Live at Nighttown) features three live tracks exclusive to this collection: “So Real,” “Grace,” and “Dream Brother.” The Live From the Bataclan EP was released in October 1995 and features four exclusive live recordings, including covers of Leonard Cohen’s “Hallelujah,” Van Morrison’s “The Way Young Lovers Do,” and “Je N’En Connais Pas la Fin” (made popular by Edith Piaf), alternate versions of which can be found on the expanded edition of Live At Sin-é. (This rendition of the Piaf song is notable for earning crazed applause from Buckley’s French audience—it’s also part of a medley that includes “Hymne a l’Amour,” a lengthy studio version of which was included on Songs to No One.) While these discs are for Buckley completists only, The Grace E.P. and Last Goodbye, the commercial single for Buckley’s only U.S. chart hit, are essential for the standard, run-of-the-mill hardcore fan. The former includes the instrumental “Tongue,” a Grace outtake recorded on a used cassette tape, while the latter, which includes a repeat of “Kanga-Roo” and a live version of Hank Williams’s “Lost Highway” (also available on the Legacy edition of Grace), features a haunting, 13-minute performance of “Mojo Pin” coined “Chocolate Version,” recorded live at the sadly now-defunct Wetlands in NYC. This track in and of itself is a testament to Buckley’s awe-inspiring versatility and breadth of talent, and while it’s not reason enough to shell out $35 (more casual fans might just want to pick up the standalone Last Goodbye import if they can find it), we should all envy those who were there that night.

Review: Jeff Buckley, You and I

Review: The Last Goodbye at the Old Globe