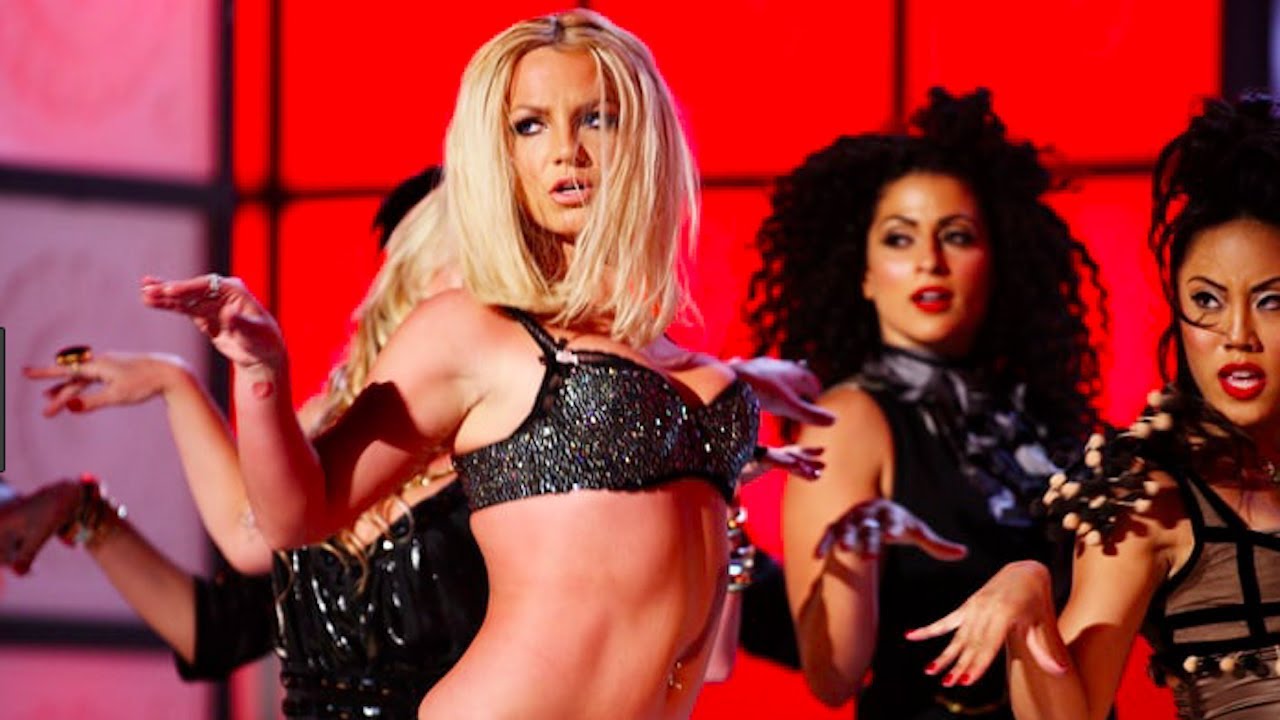 Britney Spears’s opening number at this year’s VMAs set the tone for the entire night: disengaged, disoriented, heavily-medicated, and over-hyped. Britney appeared on stage with a bad weave and wearing almost nothing—and a microphone that, not surprisingly, remained unused. What was surprising was that the girl couldn’t have looked any less interested in what she was doing. Even a troupe of dancers, who did all the work for her, couldn’t disguise the fact that Britney was simply stumbling through the motions; is this the same energetic girl who took the stage in 2000 like a lioness and pounded the floor with her fist while clad in a flesh-colored bodysuit? It’s possible Britney had a case of the nerves (this was supposed to be her big comeback, after all), but it’s more likely that she’s just numbed from years of tabloid scrutiny and, probably, anti-depressants.

Maybe I’m just getting old, but watching this year’s ceremony was not unlike being drunk in a hotel and stumbling into different rooms. And speaking of drunk, Britney’s ex Justin Timberlake looked nicely lubricated while accepting his awards for Quadruple Threat of the Year and Male Artist of the Year. Both times he gigglingly urged MTV to play more videos (as if they actually play any), once while accepting an award from the cast of the nonmusical reality show The Hills. The night’s various performances were mostly shown in frustratingly incomplete snippets ready-made for 15-year-olds with ADD, so it wasn’t hard to spot the performance of the night (at least the one that was televised): Alicia Keys, who sounded good, looked better, and segued from her new single into a cover of George Michael’s “Freedom” by way of Stevie Wonder’s “Sir Duke,” one-upping Chris Brown by proving that a tribute is much more than just mimicry.

Oh, and I’d like to point out that Rihanna’s win for Monster Single of the Year was a no-brainer and we would have predicted as such had I not inadvertently neglected to include her—as well as four others (10 nominees, MTV? Seriously?)—on our list for that category. As it stands, our predictions were 6 for 11.