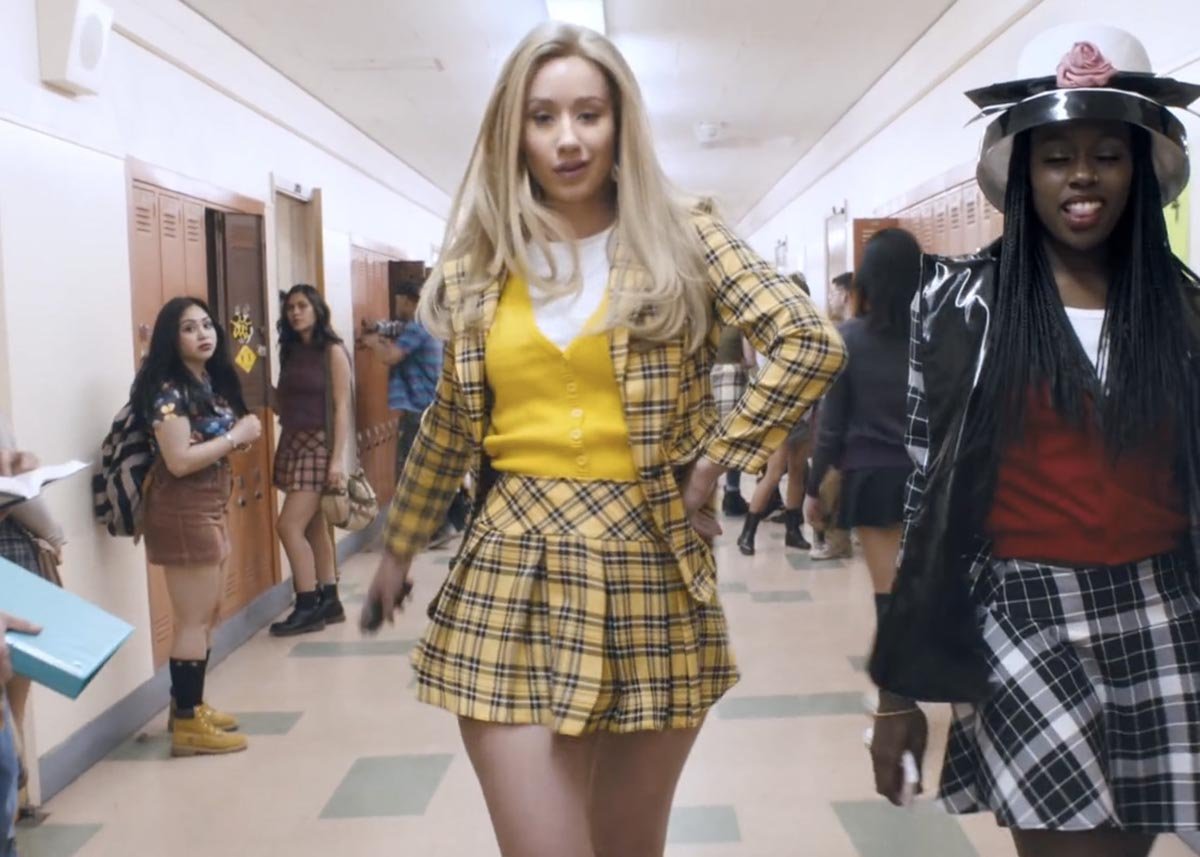 Australian model-turned-rapper Iggy Azalea and U.K. pop singer Charli XCX pay homage to Amy Hecklering’s ‘90s cult classic Clueless in the music video for their new single “Fancy,” the latest offering from Azalea’s forthcoming debut album. The clip, directed Julien Christian Lutz, was shot in the same high school as the 1995 teen flick and finds Azalea taking on the role of Cher Horowitz to Charli’s Tai Frasier (the characters played by Alicia Silverstone and the late Brittany Murphy, respectively). Still no official word on when Azalea’s album, The New Classic, will drop. In the meantime, check out the video below: