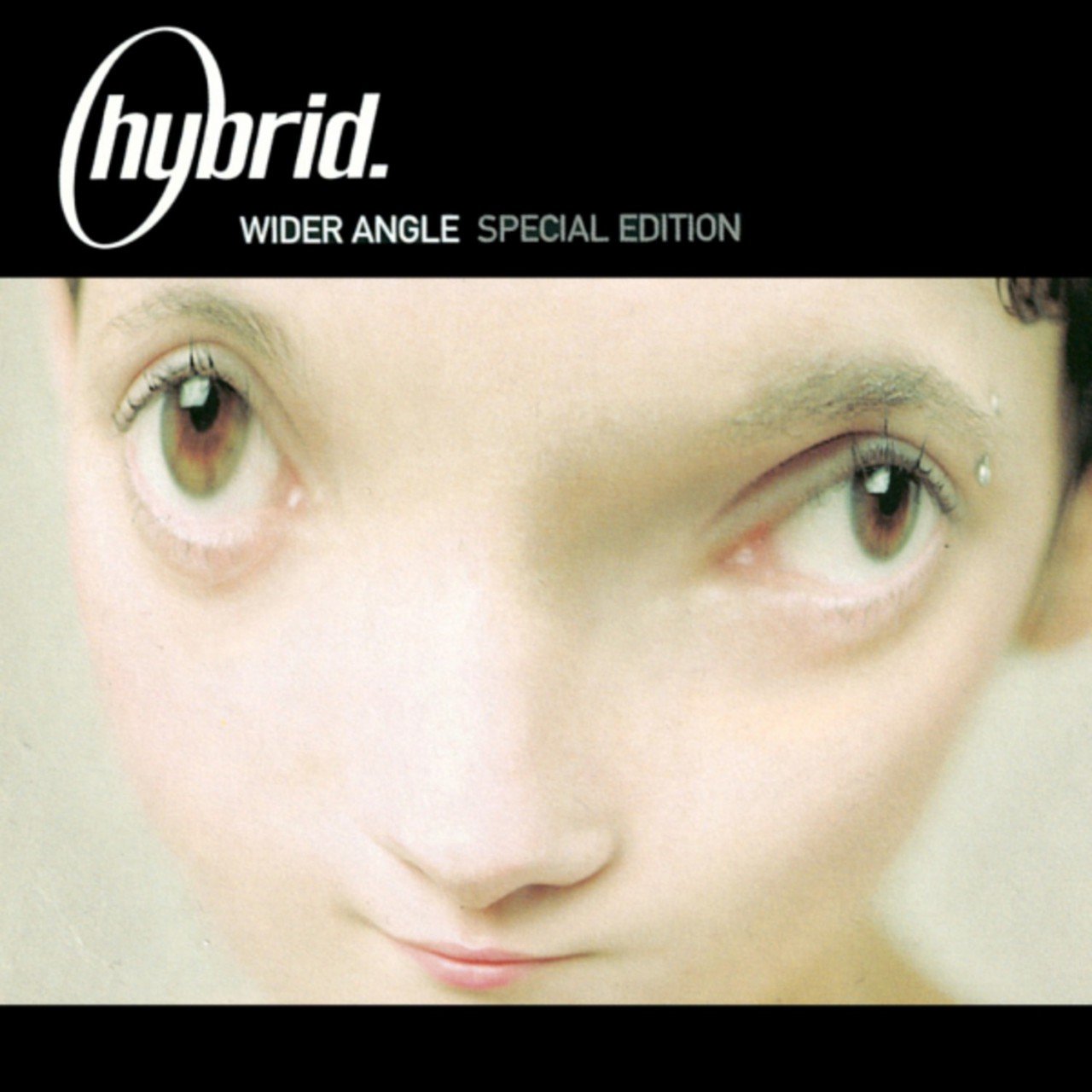 The 2001 stateside release of Hybrid’s Wider Angle is one of many worldwide configurations of the Wide Angle album. The special limited edition is a double-disc set that includes one disc of studio material and a bonus disc of live and previously unreleased tracks. The first disc starts with the cinematic “Opening Credits” and segways dramatically into the futuristic “If I Survive,” featuring vocalist Julie Cruise (the dreamy vocalist featured in David Lynch’s “Twin Peaks”). Cruise’s lyrics describe a symbolic death and it’s unusually heady subject matter compared with your average techno fare: “Hanging in the gallows/I’m starting to pray.” She continues with the profundity on “I Know,” challenging our linear perception of reality: “I’m betting my life/That it all rewinds and erases.” She goes on to declare herself “disturbed” in light of her uncommon insight. The track is accented with lone guitar riffs and a string arrangement by the Russian Federal Orchestra.

“Fatal Beating” is an interesting juxtaposition of melancholic lyrics and upbeat music, but it would probably work better for a group like Portishead: “An empty shell of self/I’m all alone and dying.” The bass-heavy “Dreaming Your Dreams” and “High Life” are a bit lyrically lighter, chock-full of drug-induced empathy and escapism tailor-made for the club kids of Generation Ecstasy: “It’s just a way of life/Altered states/They make it seem alright.” “Dreaming” layers a subtle trumpet part with icy strings, while the frenetic “High Life” features a symphony of belching basslines and synthesizers.

Disc Two is slightly more up-tempo, featuring six live tracks and three bonus tracks. The percussive “Altitude” includes a classic-rock-style guitar and gradually moves into trance anthem territory, interweaving keyboard bass and synths. The highlight of Wider Angle, however, is “Kid 2000,” featuring Chrissie Hynde. The track is a reworking of The Pretenders’ “Kid,” lifted from their 1980 debut. The translation of Hynde’s timeless vocal style seems effortless here. Like the rest of the album, the use of strings elevates “Kid 2000” beyond mere breakbeats. Sacha Puttman’s scoring on tracks like “Finished Symphony” and “Snyper” lend Wider Angle a sense of well-crafted musicianship and emotion that is often hard to find in techno music.