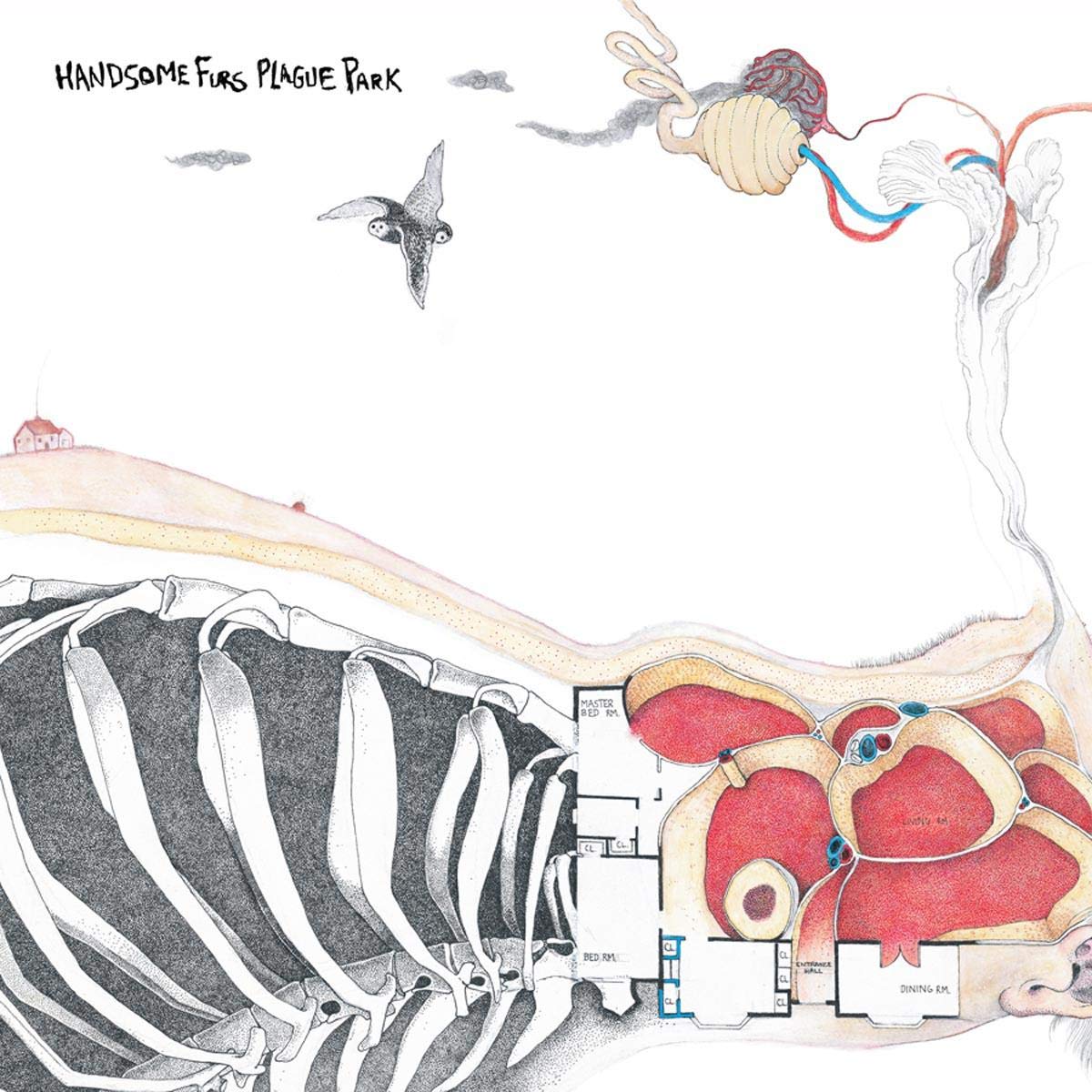 A successful experiment in minimalism, Plague Park introduces Handsome Furs (Wolf Parade’s Dan Boeckner and his fiancée Alexei Perry) as the rare side project that isn’t entirely superfluous. Building each of its nine tracks around little more than a simple guitar figure, a spare drum-machine backbeat, and a host of electronic sound effects, Plague Park works largely because of its brevity, with each song making its point before becoming repetitive. Just as importantly, Boeckner and Perry display enough variety in their compositions (opener “What We Had” boasts a wonderfully melancholy, fuzzy electric guitar riff, while “Dead + Rural” makes for a great Echo & the Bunnymen update) to make for an aesthetic that’s rigid without being restrictive. That interplay between the disparate electronic and analog elements is smartly reflected in the songs’ focus on a search for home that variously embraces and rejects both urban (on “Handsome Furs Hate This City”) and country settings. For as well as the album’s minimalism works, the kind of modern disconnection that the songs tap into is definitely something that could be fleshed out more.

Review: Maroon 5, It Won’t Be Soon Before Long