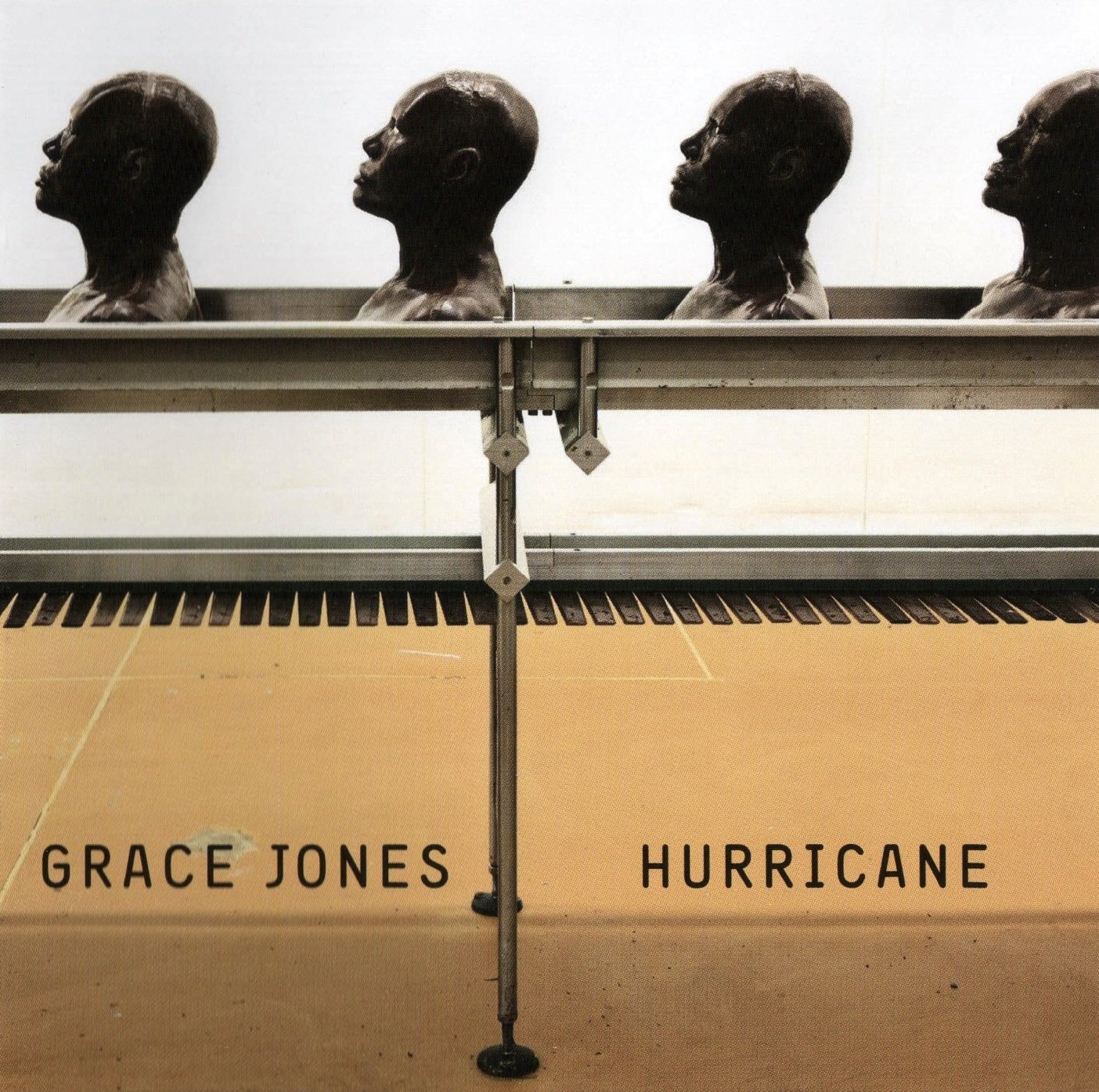 It took 19 years for Hurricane to blow through, and it feels like Grace Jones spent the entire time leisurely accruing suitable new material at the magisterial pace of a plumy Category 5. Indeed, some of the songs on the album date back to the mid-to-late ‘90s, when Jones was still only pushing 50, instead of landing on 60 as she did this year. Not casting any aspersions here, but how many 60-year-olds do you know who’d have the nerve to perform in thigh-high stiletto boots and an eight-foot-long cape? In any case, most of this disc’s running time is spent in the serene but volatile eye of its namesake: Jones is madder but wiser.

So while Hurricane blows the roof off with the opening shot “This Is,” a thumping march in which Jones demands, “Lay down your spears, let go your fear,” and “Corporate Cannibal,” a blistering thrash-rocker that finds Jones warning, “I’ll consume my consumers with no sense of humor,” more common—or at least more surprising and, thus, memorable—are the moments in which she drops her guard, when she lets the album become her autobiographical talking book. We’re not talking mere “born in Jamaica, raised in America” details; we’re talking teary-eyed jaunts back into the womb. “I’m Crying (Mother’s Tears)” is one of Jones’s paeans to her mother’s nurturing hands, her warming embrace, peppered with as many sanguine anecdotal details as “Butterfly Kisses.”

The song’s maternal sensitivity might sound terrifyingly domesticated to those used to hearing the sonic equivalent of Jones flossing after eating grown men for dinner (or at least telling them, as she does in “Devil in My Life,” they are the objects of her destruction), but its psychological capitulations are shown to have been hard-earned when juxtaposed with the stunning, alternately morose, and soaring “Williams Blood.” Against a confessional, Halloween-reminiscent piano line and a gospel choir, Jones rectifies her wild, uncompromising, very public persona against her settled, churchgoing family background. When her mother, a preacher’s wife, begs Jones to be, well, a Jones, the guitars explode in a whoosh and she scowls, by way of explanation, “I’ve got the Williams blood in me.”

It may sound beside the point to exclaim that Jones sounds as good as she looks, or vice versa, but she’s always been as attentive to her image as her performance, so I don’t think she’d take issue with me praising Hurricane by calling it as lean, mean, and close to the bone as she herself remains.

Review: The Damned, So, Who’s Paranoid?