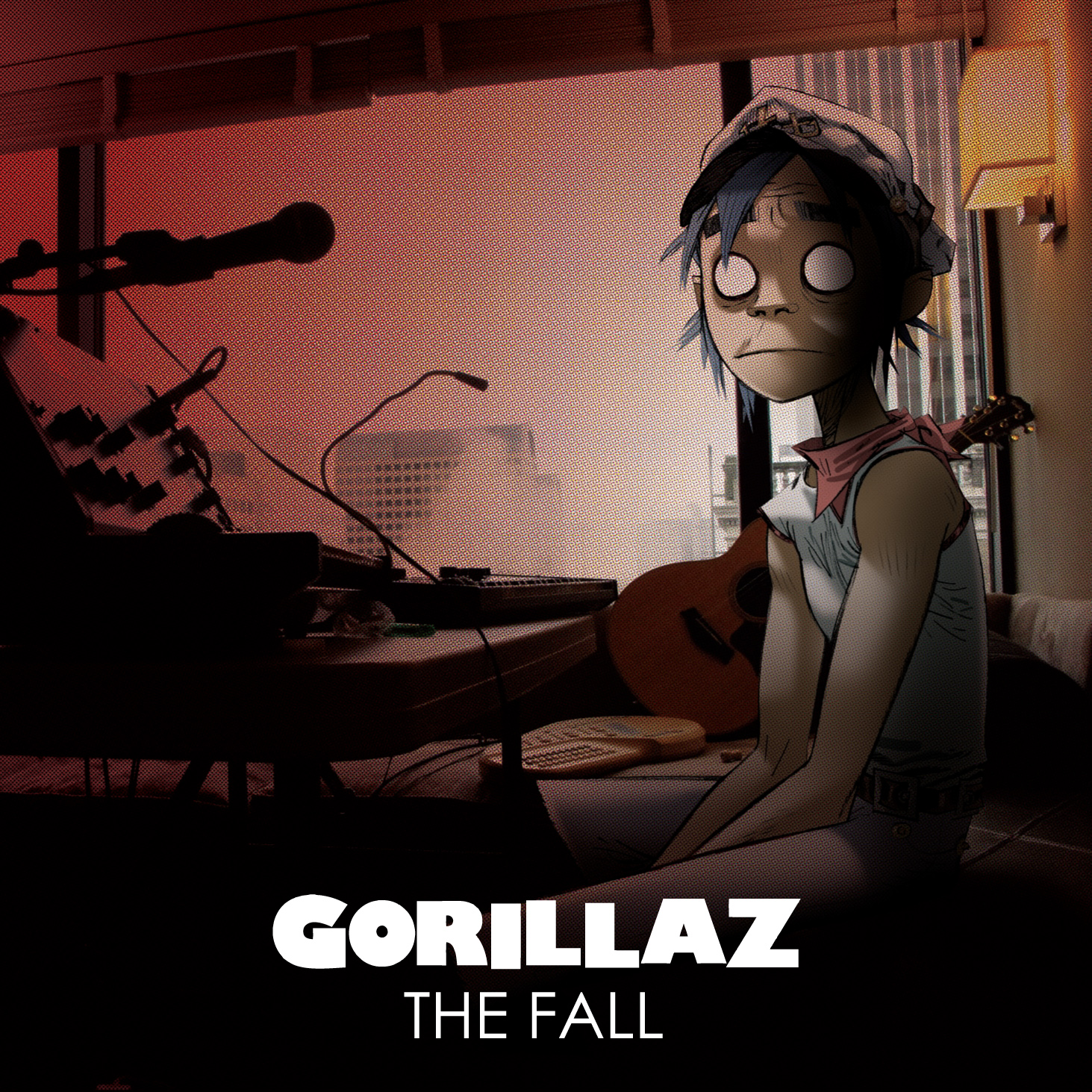 Members of Gorillaz‚Äôs online fan club enjoyed an especially merry Christmas last year, as Damon Albarn treated them to this euphonious road trip recorded while touring Plastic Beach across North America. Given that Albarn recorded the album solely using iPad applications, and that this seems to be a ubiquitous suffix to any discussion of the album, it‚Äôs difficult not to dismiss The Fall as a gimmicky concept album or even a shameless 45-minute Apple advertisement, but there are just about enough interesting moments here to dispel that cynical view.

In trimming down the star-studded guest spots and toning down the apocalyptic pageantry, The Fall becomes the most intimate and stripped-down Gorillaz record. ‚ÄúAmarillo‚Äù is one of the album‚Äôs definitive achievements, emerging from a spell of cluttered cacophony to reveal the group‚Äôs dreamiest bout of stirring balladry to date. As fictional frontman 2D, Albarn delivers a fragile vocal performance that complements the track‚Äôs faraway scope without ever sounding overly slushy or mawkish. Despite the album‚Äôs overarching electronic feel, there‚Äôs an intimacy here that hasn‚Äôt been featured on any previous Gorillaz records: ‚ÄúLittle Plastic Bags‚Äù is a wraithlike say-what-you-see number capturing travels down long stretches of U.S. highways, while ‚ÄúBobby in Phoenix‚Äù is the blues interpreted for the 31st century with a flurry of blips and bleeps.

The Fall is a love letter to‚Äîand a journey into‚Äîthe heart of America, where Albarn tries to encapsulate the particulars of each vista as he passes through them. There are more hits than misses here, more moments that conform to the token staples of each city‚Äôs ambience than ones which attempt to complicate them, but Albarn‚Äôs tour diary can become a touch too cryptic on occasion. Of course, he‚Äôs only recording impressions of these locations, and it‚Äôs easy to spot the hustle and bustle of Chicago in ‚ÄúShytown‚Äù and the rustic charm of Texas in ‚ÄúAmarillo,‚Äù but his experiences of others (most notably Virginia in ‚ÄúHillbilly Man‚Äù and Denver in ‚ÄúThe Speak It Mountains‚Äù) are puzzling to a fault, bogged down by unseemly interludes and grating samples.

Regrettably, The Fall will not be remembered as the album recorded on tour that Albarn released for free on Christmas. It‚Äôs quite the radical gesture to release a free album at the time of year where consumerism goes senseless, and this also serves as a credible pointer to the future of how music will be produced and distributed. But it will ultimately play second fiddle to the fact that these sounds all came from one single 243x190mm computer. Anything after that is just trifling minutiae.

Review: Taylor Sheridan‚Äôs Those Who Wish Me Dead Suffers from Genre Clashing