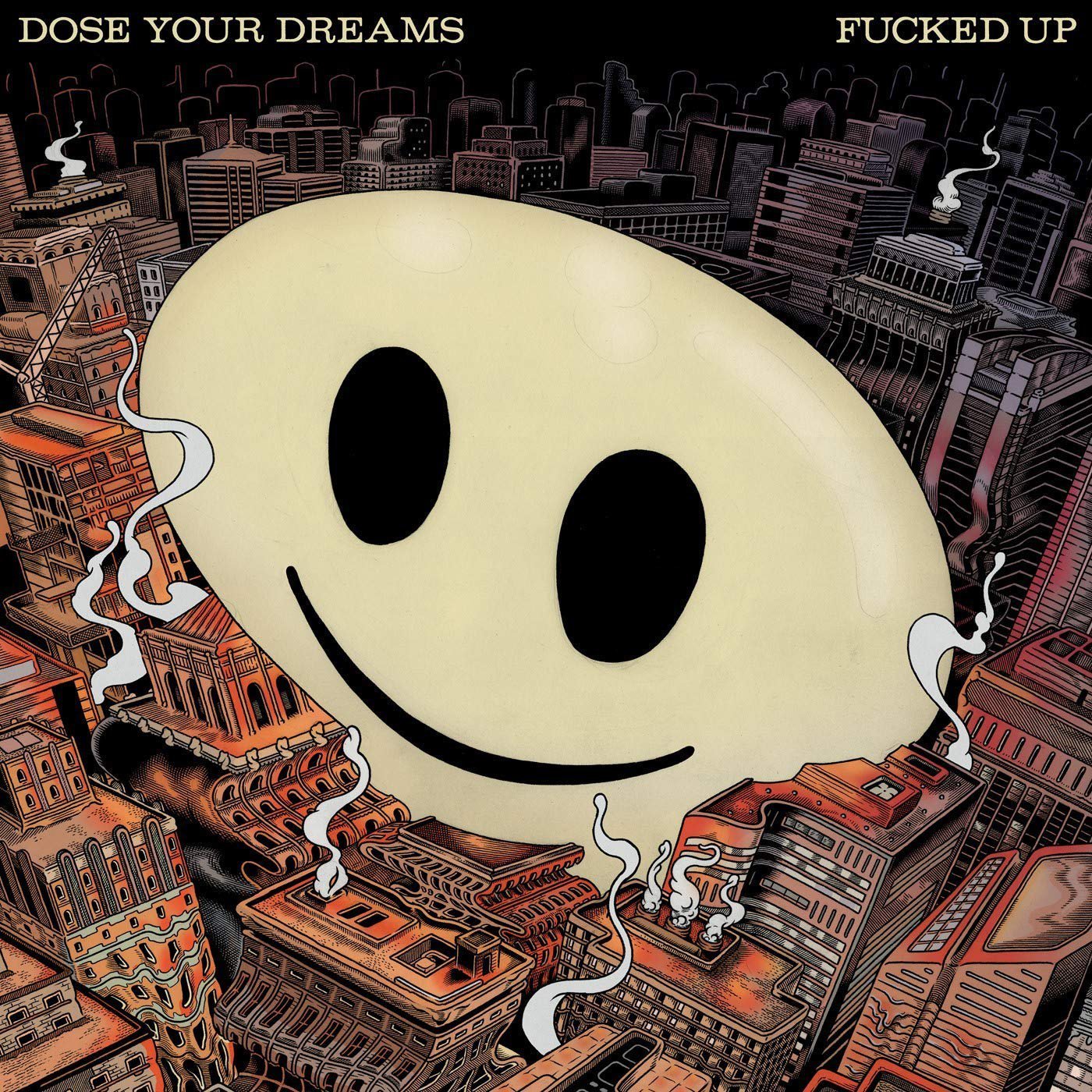 While Fucked Up’s prior albums have largely adhered to a more traditional conception of hardcore, the band’s second rock opera, Dose Your Dreams, betrays a broader palette, often heard on the group’s more experimental EPs and standalone singles. The album—a continuation of the eponymous character’s story from 2011’s David Comes to Life—is more stylistically and tonally expansive than its predecessor, generously and faithfully exploring non-hardcore genres, from the title track’s nighttime funk, to the ‘90s-style pop-punk of “The One I Want Will Come for Me,” to the pure ‘70s AM-radio gold of the keyboard-driven “Two I’s Closed” and “Love Is an Island in the Sea.”

With the exception of the obvious My Bloody Valentine take-off “How to Die Happy,” Fucked Up acquits themselves convincingly on their stylistic diversions. Still, Dose Your Dreams shines most when the band remains firmly within its wheelhouse—a unique combination of abrasive heaviness and indelible melodicism. The first three songs adhere best to this potent combination: Opener “None of Your Business Man” sees David Comes to Life‘s once-revolutionary hero shackled to a boring office job, a contrast mirrored in the push and pull between the crushing guitars of the verses and the chorus’s huge hook, which is outlined in the background by Mike Haliechuck’s guitar.

These pop undertones become more overt on “Raise Your Voice Joyce” and “Tell Me What You See,” which introduce a new lead character—a mystical figure named Joyce—to snap David out of his complacency. Both tracks also feature Sauna Youth’s Jen Calleja, whose vocals sound that much sweeter alongside frontman Damian Abraham’s throat-shredding growls.

Some of that alchemy is lost during the second half of the album, when Abraham cedes the mic to his bandmates and a veritable cavalcade of guest singers. J Mascis and singer-songwriter Jennifer Castle make a winning pairing on the grungy “Came Down Wrong,” but without Abraham’s consistent presence, Fucked Up’s music sounds almost conventional. Fortunately, Dose Your Dreams proves they’ve got a deep enough bag of tricks—including a towering throng of endless overdubs and genre detours that sound as massive as the band’s ambitions—to make even conventionality sound compelling.