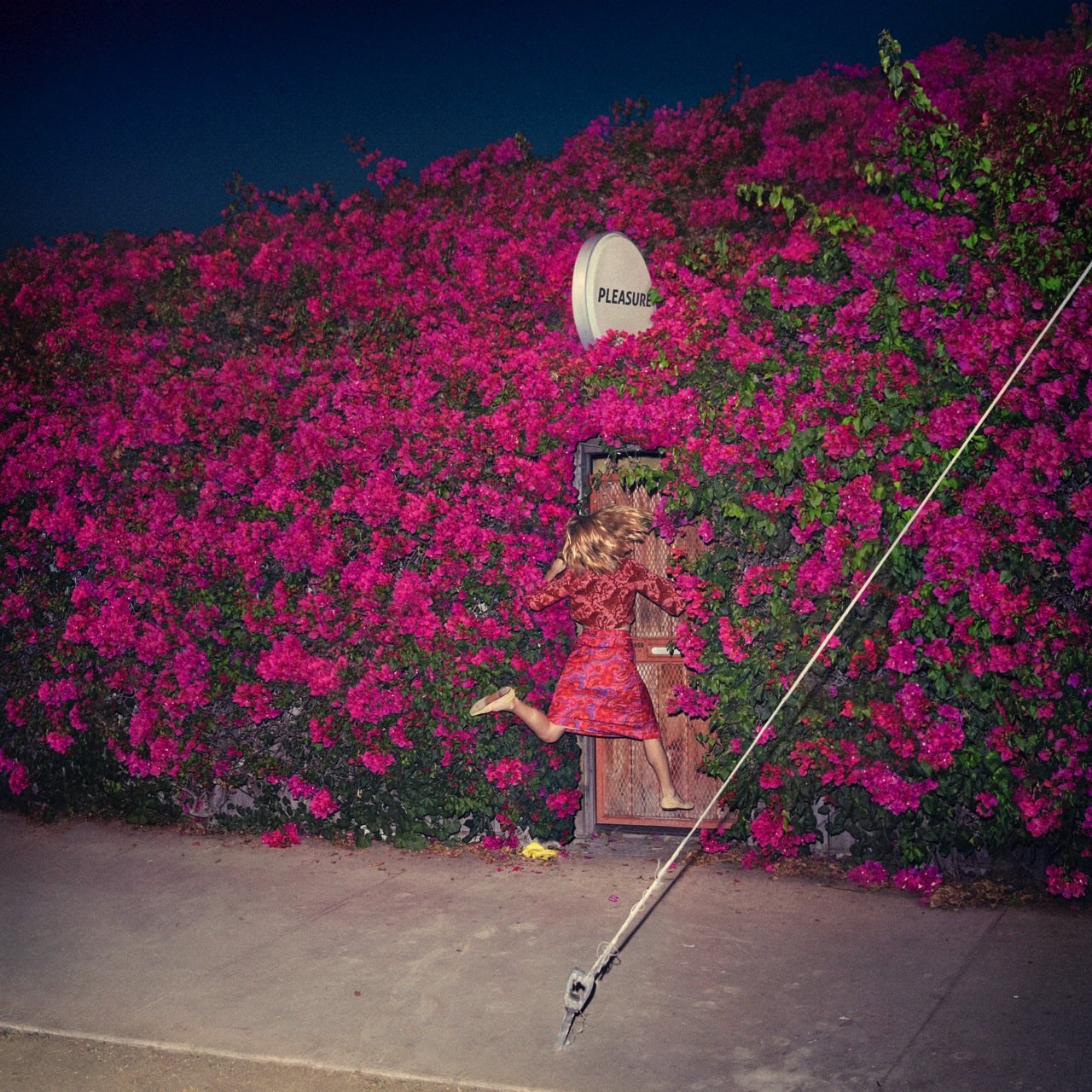 Leslie Feist’s fifth album, Pleasure, exudes the artisanal vibe of an artist tinkering with half-finished songs in front of friends in her backyard. In fact, the album was mostly recorded live in three separate locations, a lo-fi approach—complete with noticeable tape hiss in its many quiet moments—that finds the Canadian singer-songwriter reveling in the organic imperfections of both her music and the fragile human condition.

As a result, Pleasure is miles away from her Grammy-nominated breakthrough, The Reminder, further distancing Feist from a reputation as a twee indie darling. While she tapped into elements of both blues and jazz on 2011’s Metals, Pleasure fully embraces the melancholic sentiments of blues and improvisational immediacy of jazz. Written in the wake of a breakup, the songs here brim with both newfound freedom and heartache, a conflicted and vulnerable state that renders the album an exercise in “trying to find a way to talk about it,” as she says on “I Wish I Didn’t Miss You.”

Feist uses a few editing tricks to imbue Pleasure with a restless, unpredictable quality. They can be sublime, as on the closing sequence of the relatively raucous and bittersweet “Any Party,” when the music cuts out, a door snaps shut, footsteps patter down the street, and a passing car blares a snippet from earlier track “Pleasure.” This outro gives a sense of movement, juxtaposing passion with nonchalance.

Less effective gimmickry occurs on “A Man Is Not His Song,” as a build toward a crescendo breaks apart and fades out into an inexplicable, surging Mastodon sample. Following a breathy, meandering spoken-word piece about time and space from guest Jarvis Cocker on the soaring, distortion-laden “Century,” the track so abruptly cuts out mid-note that it sounds like an error.

Coming from a singer-songwriter who’s open about her struggles with anxiety and depression, much of Pleasure deals in jarring starts and stops, in ups and downs. Though she vaguely addresses a lost love, Feist more often speaks to herself, as though trying to convince herself of something in front of the mirror. On the austere yet gentle “Baby Be Simple,” she’s coaxing herself from “rarefied air” to “climb down into today,” while the soothing “Get Not High, Get Not Low” finds her lamenting a life of extremes when happiness resides in that frustratingly elusive middle ground. Although introspection often implies solitude, and indeed Feist at times sings of loneliness here, there’s also on crowded-room feel on several tracks; a swell of sing-along backing vocals drive home choruses with the swaying atmosphere of a last call.

Feist doesn’t treat pleasure as an antidote to pain, but rather recognizes that they’re two sides of the same coin, and throughout Pleasure she’s mindful of the fleeting nature of each. Love will inevitably lead to heartache in one form or another and Feist confronts that reality head-on, unafraid in her songwriting to lay bare her faults and flat-out embracing flaws in the album’s jagged production. Pleasure isn’t a perfect album, and that’s the point.