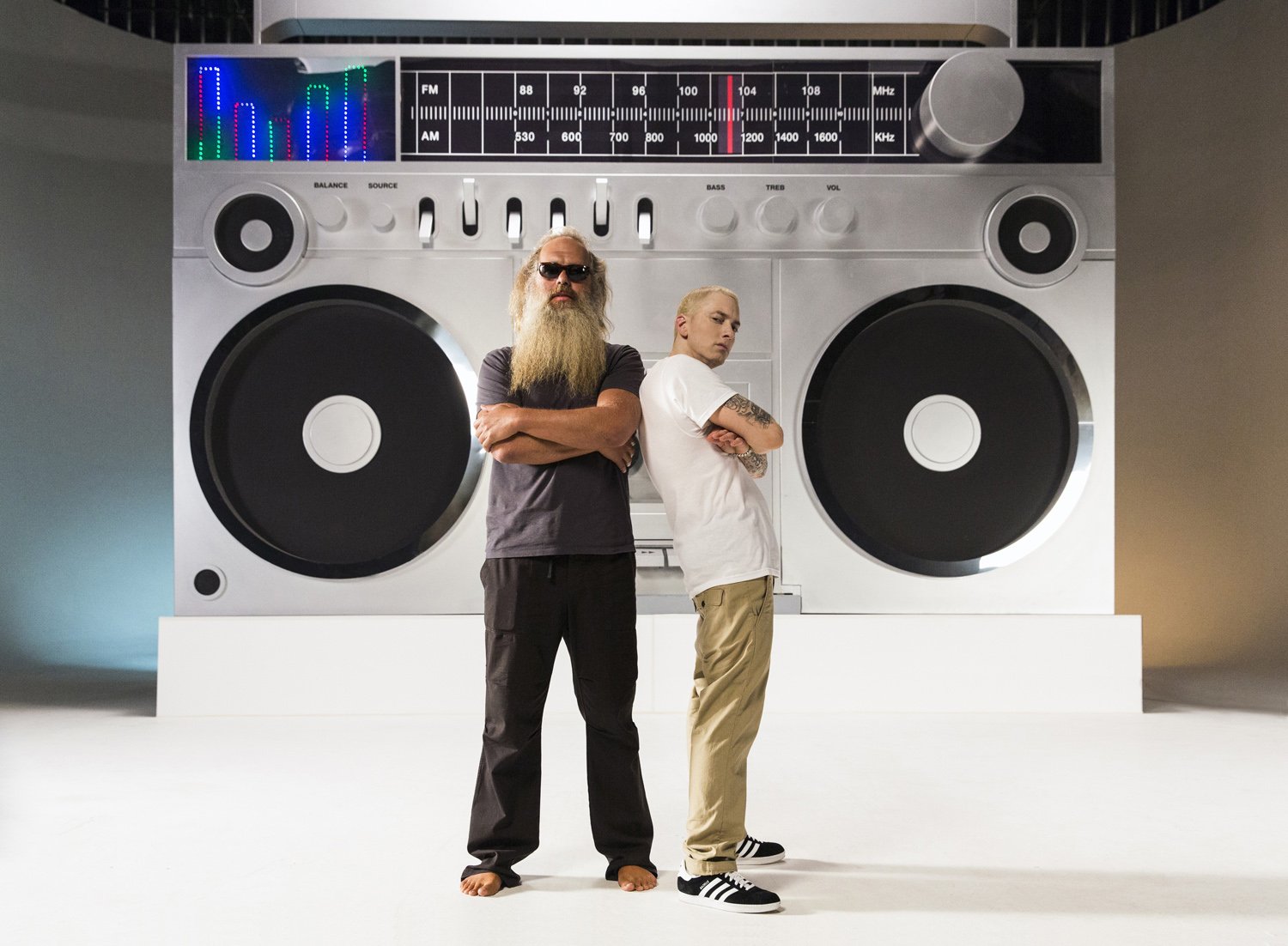 On the heels of “Survival,” from the soundtrack to the first-person shooter game Call of Duty: Ghosts, Eminem has dropped “Berzerk,” the lead single from this forthcoming eighth studio album, The Marshall Mathers LP 2, the release of which he announced on Sunday with a teaser bearing the unmistakable acronym “MMLP2.” Executive-produced by Dr. Dre, Em’s mentor and longtime collaborator, and Rick Rubin, who was most recently at the helm of Kanye West’s Yeezus, the new album is a sequel to Slim Shady’s landmark 2000 release. The guitar-driven “Berzerk” samples Billy Squier’s 1981 hit “The Stroke” and finds Mathers paying homage to his white-rapper forefathers, affecting a screechy, Ad-Rock-style yelp atop a loop reminiscent of the Beastie Boys’ “Paul Revere” (produced by Rubin, incidentally): “Let’s take it back to straight hip-hop and start it from scratch.” The “vintage Slim” track also samples the Beasties’ “(You Gotta Fight) For Your Right (To Party)” for good measure.