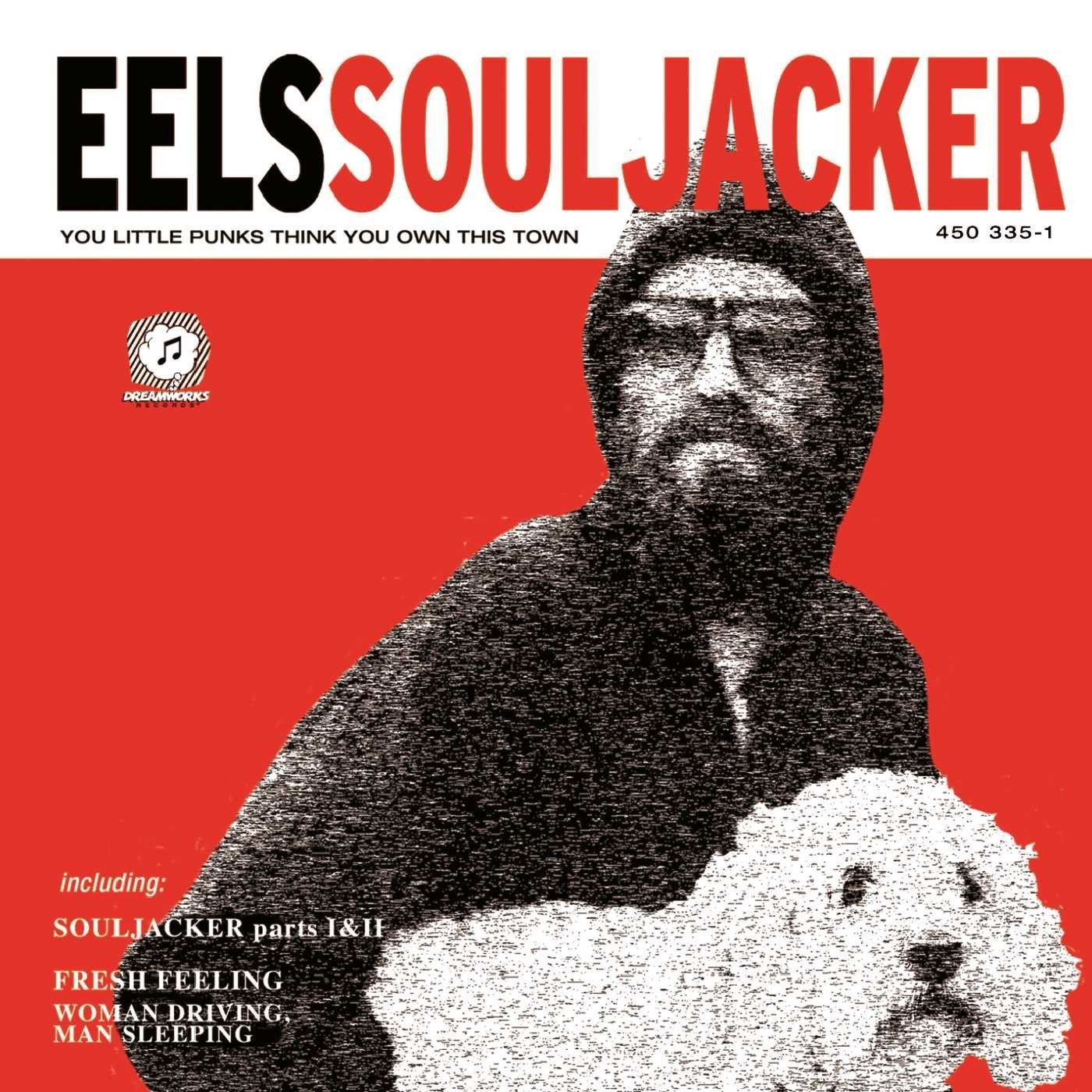 The Eels’s fourth album, Souljacker, teams frontman E with John Parish, best known for his work with PJ Harvey (E and Parish met on Britain’s “Top of the Pops” and soon developed a prolific musical relationship). With Parish taking on guitar, percussion, keyboard, programming and production duties, the album could be the slick, younger cousin of Harvey’s landmark To Bring You My Love. Parish brings with him the thick guitar licks and heavy sonic textures that helped bring Harvey to her commercial peak, yet E’s terminally cynical—albeit humorous—personality is never permeated. (Sure, he’s got the quirky temperament and vocal rhythms of Beck but he also calls on a granular helping of Kurt Cobain angst). But if the album sparkles when uncharacteristically hard-edged (“Souljacker Part I,” “What Is This Note?”) or offbeat (“Teenage Witch,” “Friendly Ghost,” a tale that manifests life’s fears as ghosts and goblins) it truly shines when forwardly earnest. The acoustic, string-laden “Woman Driving, Man Sleeping” is unexpectedly sad (“Searching in the black/But never turning to look back/A little metal box under the stars”) while the drum loopy “Jungle Telegraph” and “World of Shit” are sardonic pleas for love. Jaded as Souljacker may be, it’s surely a soul saver.