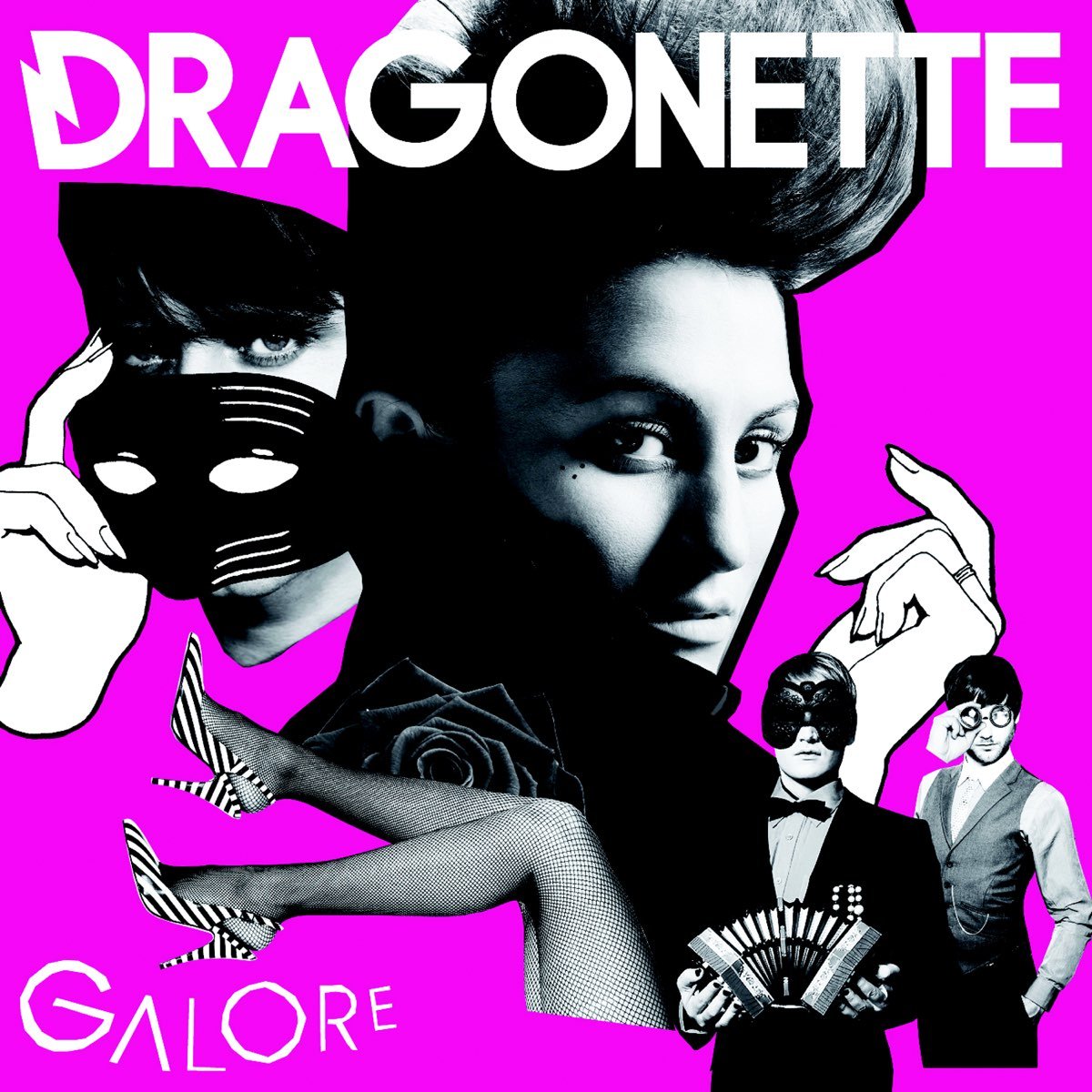 There’s a line in Bret Easton Ellis’s The Rules of Attraction (both the novel and Roger Avary’s grossly under-appreciated film adaptation), in which one character says of another, “I liked Sean because he seemed, well, slutty. Like a boy who didn’t know whether or not he was kept.” That line captures the essence of what electro-pop outfit Dragonette does so well on its debut Galore. From the opening bars of the glorious lead single “I Get Around” and the subversive ragtime romp of “Get Lucky” to the sex-drugs-and-rock-n’-roll anthem “Jesus Doesn’t Love Me” and prostitution saga “Black Limousine,” Dragonette exudes a certain sleaze that few other acts on the contemporary pop landscape pull off with the same lived-in conviction or piano-wire sharp hooks.

With an aesthetic that cribs heavily from new wave, glam and dance, the band matches its sound to the content of its songs. The album version of “I Get Around” places the drum loop and the heavily distorted rhythm guitar more prominently in the mix than did last year’s radio edit, and the effect is that a song that was already a deliciously hedonistic ode to promiscuity sounds even more rode-hard than before. Meanwhile, the complicated D/S dynamics of “Take It Like a Man” are matched against a sugary, playful melody, and the synth riff that drives “Black Limousine” is pure ‘80s excess. If these influences aren’t exactly distinctive (acts like Scissor Sisters, Goldfrapp, Annie and the Killers have all drawn from a similar well), Dragonette shows an expert knack for applying them with precision and swagger.

That doesn’t make Galore a record of just empty posturing and style. In terms of pure pop-song construction, tracks like the catty, boyfriend-stealing “Competition” and Bollywood-inspired closer “Marvellous” boast simply phenomenal hooks, with “Get Lucky” and “Another Day” showing that the husband-wife team of bassist Dan Kurtz and frontwoman Martina Sobara can compose outstanding melodies. That Sobara’s performances also avoid the icy detachment that characterizes much of modern dance-pop also helps sell these songs. Brash and utterly unapologetic, Sobara owns her behavior on “I Get Around” and “You Please Me,” which makes the album’s overall tone all the more convincing. The sound of a band that doesn’t know and ultimately doesn’t care whether or not they’re kept, Galore makes for one of the most self-assured, strutting debuts in recent memory.