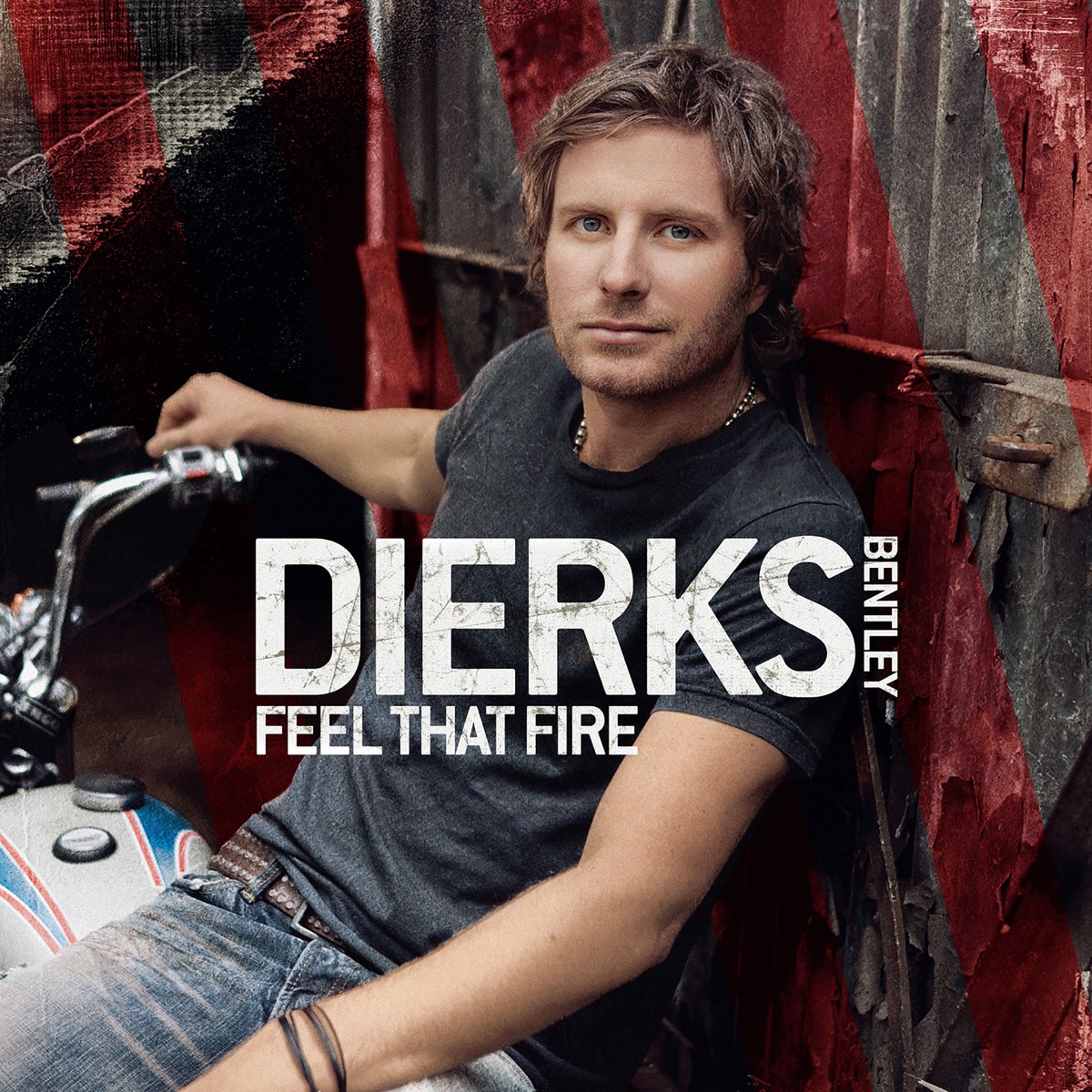 After having established himself as one of contemporary country’s most talented and consistent stars, Dierks Bentley suffers from a major letdown on his fourth studio album, Feel That Fire. Bentley’s production job with Brett Beavers draws heavily from his rock-leaning influences—the album opens with the same engine-revving guitar effect used in Led Zeppelin’s “Whole Lotta Love”—and is both polished and relatively distinctive, so the album doesn’t sound like an artistic regression. Instead, it’s the quality of Bentley’s songwriting that has noticeably lapsed since 2006’s excellent Long Trip Alone. From opener “Life on the Run” to the intimate ballad “I Wanna Make You Close Your Eyes,” Bentley has written nearly all of these songs before (those two are but lesser variations of his #1 hits “Free and Easy Down the Road I Go” and “Come a Little Closer”), and with far more personality and creativity. Bentley’s never been the most expressive of vocalists, but he sounds flat-out bored on ostensible honky-tonk rave-up “Sideways,” and his lack of affect does nothing to elevate a workmanlike, all-too-familiar cut like “I Can’t Forget Her.” Beyond the solid production, it’s Bentley’s collaborations that salvage the record. Patty Griffin provides a characteristically soulful vocal on “Beautiful World,” and Rodney Crowell co-wrote “Pray,” which is far and away the set’s best-written song. Ronnie McCoury & Friends provide the bluegrass-inspired backing on the terrific album closer “Last Call,” which boasts Bentley’s most lived-in performance. Having good taste in collaborators and influences doesn’t make up for how often Bentley repeats himself here though, and it isn’t enough to keep Feel That Fire from being more than a tremendous disappointment.

Review: Dierks Bentley, Up on the Ridge