Juvenile’s first single to garner major attention outside New Orleans, “Ha,” and its accompanying music video are—unwitting or alert of their respective admirable features—minor works of devastating magic. Marc Klasfeld directed the video in 1998 as the first promotional material for Juvenile’s major studio debut, 400 Degreez. In a climate celebrating Brandy and Monica’s gooey cat fight “The Boy Is Mine,” Juve’s “Ha” was singular, scary, and alive. The Mannie Fresh beat grimes a snare roll into a kind of march for the strange cadence of Juve’s declaratory list-rapping.

The song is called “Ha” but it sounds like he’s asking “Hanh?” at the end of each line, not laughing. And in the video he’s not laughing, he flashing his gold grill in a grimace, his performance a fit of wiry mannerisms unlike that showboating Will Smith in his ’98 uber-uncool “Gittin Jiggy Wit It” dance routines. In fact, Juvenile and his then-home Cash Money Records are just the thing Will Smith tries not to be in music: immediate, foul, easily dismissed as base. Or, simply, you know, street.

And I have to cop to the fact that at first that’s all I heard. What I saw, however, was a video of poverty, which piqued my interest because its shots of New Orleans’ Magnolia Housing Projects were not gimme-sympathy propaganda but burnt pride postcards. As if to say, yes, we live like this. With a chorus that tells the audience they’re exploiting the PJs just as much as the neighborhood pushers, “Ha” is about as menacing a love letter to home as can be.

You a paper chaser, you got yo block on fire.
Remain in the G, til the moment you expire —
You know what it is: you make nothin out of somethin,
you handle yo biz—and don’t be cryin and sufferin.

As is the discipline, the video is all quick cuts, snippets of light. But each image registers a history. Klasfeld has an eye for offhand beauty in this alien world where a boy feeding his puppy lunchmeat shows up on that last line of the hook (quoted above, at the 1:15 mark) and cuts to an out-of-focus close-up on Juvenile’s eyes. Who sees what here? Is Juvenile even looking around him? What the fuck is he saying? It sounds a lot like mumbling, not rapping. But slowly you can start to pick up that mush between each “Hanh?” as more than just doggerel masquerade. He’s saying something serious.

Each line is a story posing as a question. Just as each image in the video tells a stolen story. (Which is to say each line in the song is a close-up image in itself.) Just as each “you” is really about “me, Juve.” Self-interrogation as self-propagation. Add to that this delirium of quasi-documentary footage (arrests, fights, still streets) and you’ve got one fucked vision of how this demimonde operates where drugs and all forms of unlawful fund everything, including friendship. It’s devastating. You can’t help but feel Juvenile is scolding you they way he interrogates the listener again and again—yet the way the song plays, he’s really scolding himself and his buddies, whether he knows it or not. That’s the cruel-world shock of the piece. When the Cash Money Millionaires all huddle in the frame near the end giddy with their identical necklace medallions bling-blingin in the light, you know they won’t quit, no matter the amount of ugly they leave behind. At the end of the song he says it just the same:

You wonderin’ why this is a Close-Up piece, hanh? Let’s take the shots surrounding the first time-stamp title card: four images from 0:16 to 0:21. (1) Juvenile’s bare chest and shorts, slightly askew and out of focus, moving back in the frame, away from the camera, raising his hands from his sides so his torso comes into finer focus; (2) a rear right wheel of a red car burning rubber and spilling smoke onto the screen; (3) a title card that reads “4:17pm”; (4) white, beefy hands cuffing the black, skinny hands of a shirtless man. If we last saw Juvenile shirtless then it seems a logical equation between images (1) and (4). (2) is mostly irrelevant, a signpost of a wrong-headed (and pollution-spewing) goal. The most curious image is (3) that first black & white time declaration. Being so precise, the time-stamp is like a neon arrow at a close-up—on time. Time is an image to be scrutinized.

But it is not that simple further along in the video because the time-stamps come and go unexpectedly, almost at random, in no particular order. They could be commenting on the images prior to their appearance as much as the images after. In conversation with the song, and with the amount of light registering in the images, you can tell when the reference shifts from day to evening, however these time-stamps are not about documenting moments. Their use is more about showing you these times come and go at random, just like these people come and go. The only constants are Juvenile, his riches, and the opposite: the poverty of the projects. The most damning pair of close-ups, perhaps, arrive at the 2:13 mark: a backyard trench of empty beer cans followed by water pouring down the back of a man’s head. People empty liquids on and in themselves, toss the refuse, and they all sit to rot, stuck (in time as much as in place). Unless, of course, you’re a paper chaser perpetually feeding bad habits for gain. Then you can burn rubber in the parking lot without a worry.

Editor’s Note: This is a contribution to the Close-Up Blog-a-thon. 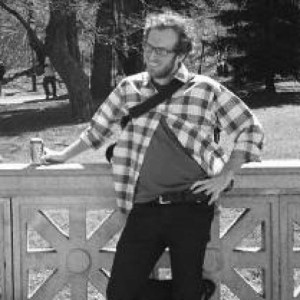