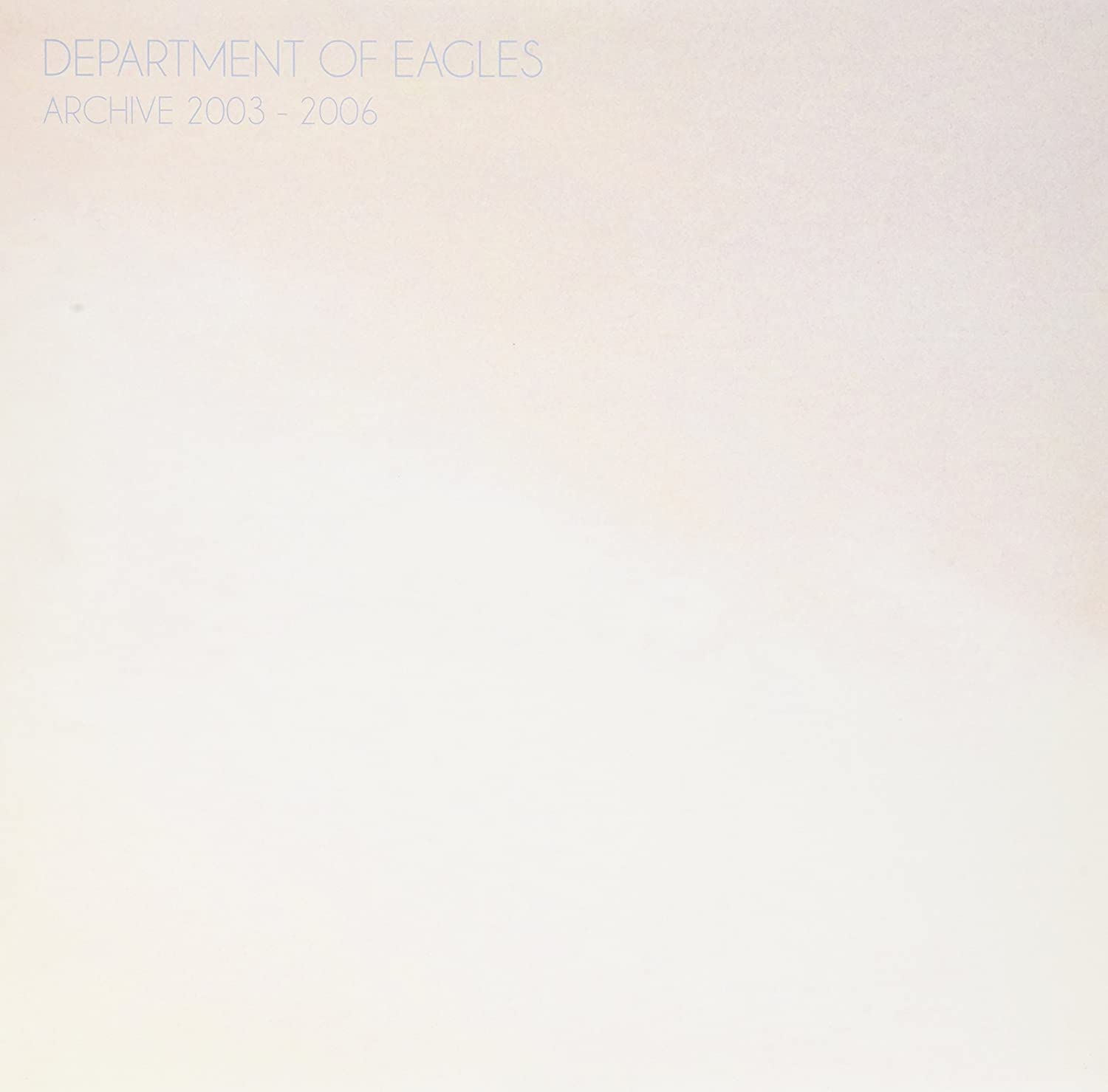 On the whole, Daniel Rossen’s work with Fred Nicolaus has always been less purposeful than with his companions in Grizzly Bear. As Department of Eagles, the duo has perfected a dark, drifting experimental folk sound, and the two have been content to let their collaboration wander away from traditional song structure, hook-heavy arrangements, and the increasingly electronic flourishes of lo-fi indie music. With the beautifully gloomy Archive 2003 – 2006, essentially a collection of B-sides and fragmented musical experiments, Rossen and Nicolaus have not only extended the differences between them and their indie peers, but also their own previous work. Bleak and esoteric, the album stands apart from the more angular, baroque sound of 2008’s In Ear Park and the long shadow of Grizzly Bear’s Veckatimest.

As refreshing as Archive 2003 – 2006’s sparseness is, however, it’s also severely lacking in the cohesive imagery one usually expects from Rossen and his musical collaborators. Both Veckatimest and In Ear Park were, at their most essential, multilayered but unified quilts of sound that skillfully mined semi-archaic genres of American music—smoky ragtime strains, rustic Appalachian misery, and foreboding, harmonic folk melodies. Archive 2003 – 2006 retains those qualities, but never assembles them into a cohesive whole: There’s no sense of a thematic identity, and each track lounges in its own little shadowy world of melancholic luxury. What results is quite literally a collection, as Archive 2003 – 2006 is more a series of one-shots than a singular, unified vision—respectable songs in their own individuality, but rather aimless when taken as a whole.

Yet if Archive 2003 – 2006 is at times a runaway mess, it’s consistently a beautiful one, and a triumphant example of Rossen and Nicolaus’s penchant for chilling, intricate soundscapes. The urgent “While We’re Young” is a standout, chugging along like a train with its shuffling, double-time drumming and well-placed, snapping echoes. Elsewhere, things aren’t so singular: “Golden Apple” is a veritable maze of somber, detuned piano strikes and unnerving vocal harmonies that slowly morphs into a completely different song for its nightmarish finale. Even the five “Practice Room Sketch” tracks—unfinished, experimental melodies of varying randomness—are imbued with an ominous, atmospheric splendor. Hence, the reason why Archive 2003 – 2006 ultimately succeeds: Even its throwaway parts have an inexplicable allure.