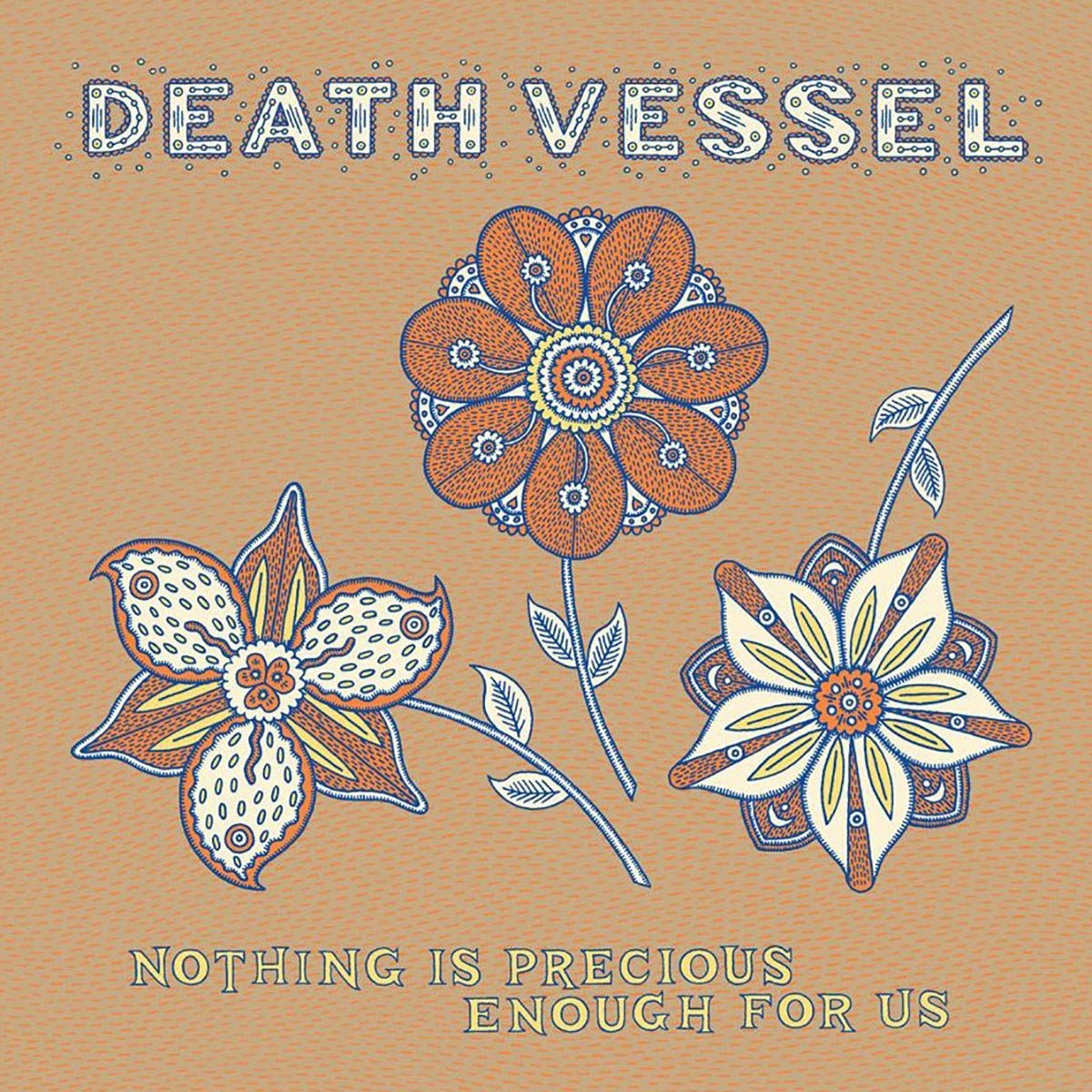 Having established himself with 2005’s Stay Close as That Guy Who Sings Like a Woman, Joel Thibodeau is given the opportunity to move beyond this novelty reputation and showcase more of his talent as a songwriter on Nothing Is Precious Enough for Us, his sophomore effort as Death Vessel. Yet while the album incorporates a wider variety of instrumentation and more direct songwriting into Death Vessel’s usual honky-tonky, bluegrassy folk, it remains on the whole frustratingly hesitant and elusive. Disconnected images of the sea and geographic references carry along the album’s New England Americana feel, but more often the lyrics, though beautiful, are obtuse nonsense. Lines like “Encapsulated jive both the quarter and the prize/Out there whanging on the Naugahyde abusively” and “Oblong lost trait soft to a fault, a nonscape,” are haunting and poetic when Thibodeau sings them in his quiet, lilting way, but seem more like random words generated by a spam email program. Frustratingly, Thibodeau continues to rely too much on his remarkable ability to sing like a nine-year-old girl, allowing most of his songs to be carried entirely by his unusual voice. For fans of Bon Iver, Antony and Joanna Newsom, this will be enough, but other listeners may be left wanting more. Nearly every song contains an abstract phrase about restraint, suffocating, paralysis or hesitation, and perhaps Thibodeau would do well to rid himself of these anxieties, as the album’s best songs are those in which he breaks form. His childish falsetto pairs surprisingly well with the forceful, guitar-driven “Exploded View” and the powerful ending of “Peninsula.” Though Nothing’s eerie lullabies are sweet in their own sing-songy way, the album’s more energetic moments only serve as a frustrating indicator of Thibodeau’s potential—if only he would think outside of his usual (voice) box.