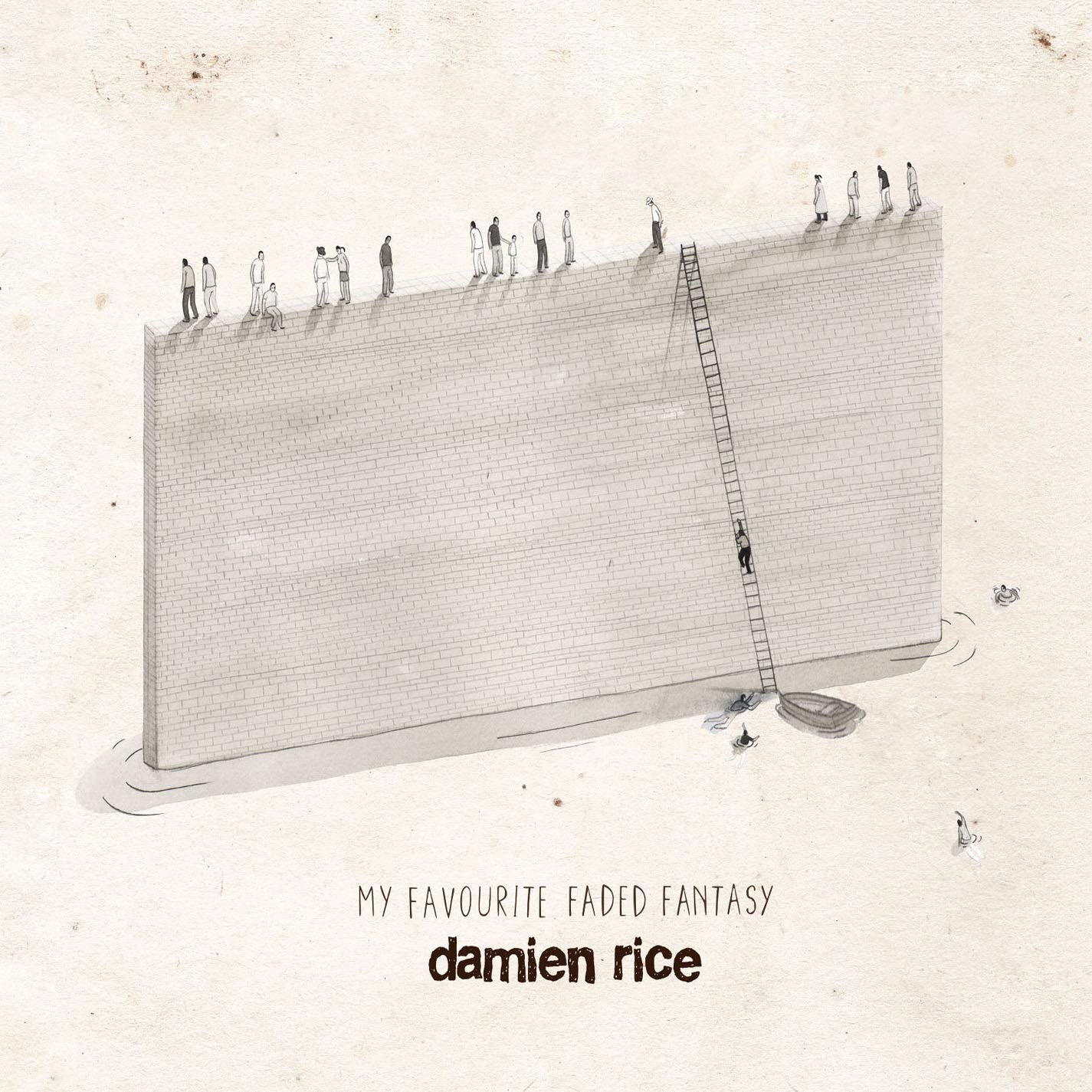 Seven years of self-imposed exile, a new producer (Rick Rubin), and an album title that nods to Kanye West’s My Beautiful Dark Twisted Fantasy—enough factors to suggest that Irish singer-songwriter Damien Rice’s My Favourite Faded Fantasy might be a self-consciously experimental comeback album. And the opening title track does offer a surprise, as Rice demonstrates that a breathy falsetto is yet another feature of his thin but versatile voice. The song, flaunting Rice’s grasp of contrasts, gradually builds to a full-band crescendo, complete with a gnarly electric guitar riff and Rice squalling, “I’ve never loved!” However, the primacy of gentle piano, layered strings, and fragile acoustic guitar soon asserts itself as the album’s primary mode. Although it has neither O’s daring queering of singer-songwriter tropes nor the bitter energy of 9, My Favourite Faded Fantasy, if rarely surprising, is Rice’s most sonically cohesive album to date.

The album’s themes—romantic obsession, failing (or failed) relationships, personal metamorphosis—remain consistent with those of Rice’s earlier work, though the lyrics display more contrition and less vitriol. “The Greatest Bastard” sounds like a songwriter exercise doled out by a relationship counselor, featuring both the louche self-delusions of a cad (“I helped you open out your wings, your legs, and many other things/Didn’t I?”), a role Rice has thrilled at playing since his debut, and belated exculpatory pleading (“I never meant to let you down”). “It Takes a Lot to Know a Man” offers a view of gender politics as simplified and binary as those doled out in pop-psychology palliatives: After characterizing men as warriors and sages, he figures women as honeybees (beware “the sting”) and mothers.

As deficient as the lyrics on that song might be, the running time of nine minutes gives Rice ample to time to develop the initial simple, melancholic melody into a distinct, three-part suite which includes a rain-haunted piano bit and a gypsy violin deconstructing the hook. Many of the songs on My Favourite Faded Fantasy benefit similarly from their length (only one track closes under five minutes), which allows the melodies enough space to gather complexity or poignancy.

Key to the build and release of tension, the accumulation of sentiment, are the strings—though there’s a notable absence of the trademark solo cello that was frequently paired with Rice’s ex-lover and collaborator Lisa Hannigan’s vocals. Present even on acoustic ballads destined for open-mic nights, such as “Colour Me In,” the string arrangements, expressive platforms through which Rice explores his personal grief, can occasionally tip toward cloying or suffocating. Bombast, buoyed by self-doubt, gets in the way of the finer sentiments, especially in the album’s over-inflated middle. But subtle pleasures can still be found, such as Marketa Irglova’s whispered, wordless vocals, matched by a hesitant clarinet, and the silver thread of Rice’s falsetto on “Long Long Way.” It is, as Rice hums on the album closer, “enough.”