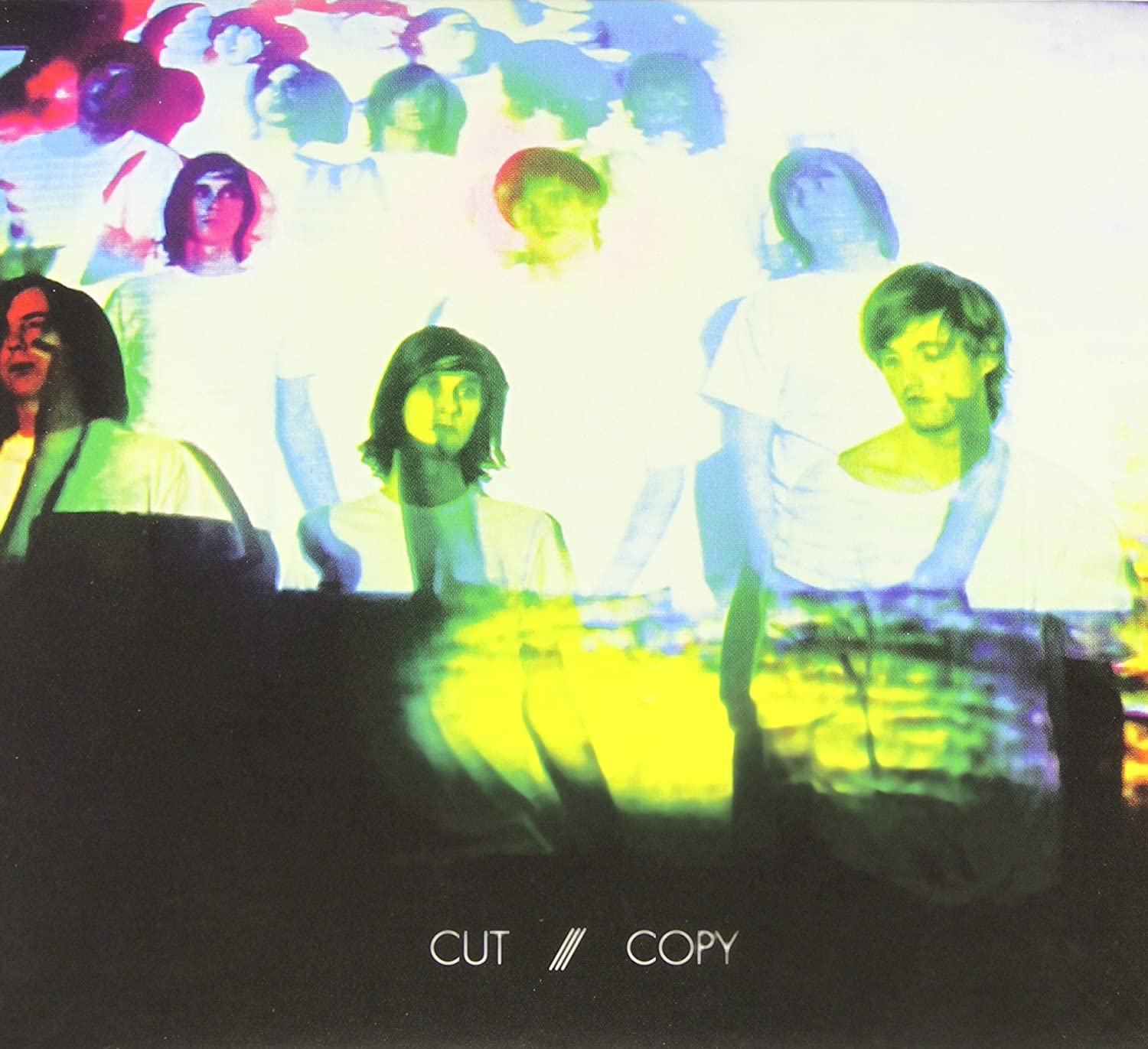 It’s been four years, one Fabriclive mix, a half-dozen singles, and countless remixes since Cut Copy released their debut, Bright Like Neon Love, and frankly, it actually does seem like it’s been that long. Given the Aussie trio’s strange and ongoing omnipresence in hipster dance circles, it’s almost surprising that they’re only on their second full length. In Ghost Colours finds them teamed up to shake some skinny asses with the less famous half of storied production team the DFA, Tim Goldsworthy. Given each party’s previous output, it seems like a match made in heaven, or maybe Studio B. Sadly, the end result rates just a few bars above a prototypical sophomore slump: overproduced and underwritten, with tons of sonic experiments that don’t pan out satisfactorily, and which contrast glaringly with the few isolated glorious moments of the sort that made people pay attention in the first place.

“Feel the Love” is a suitable opener only because it handily encapsulates the album’s strengths and weaknesses. The arrangement is crammed to the rafters with synth flourishes, vocoder effects, both strummed acoustic and strutting disco guitar riffs, and lushly multitracked, slightly overbearing lead vocals. Since this is as much a Goldsworthy record as it is a Cut Copy record, it sounds great. All the analog synthesizers and robust drum programming help even the most cursory songs here sound Important. Cloaked in all the flim-flammery, “Feel the Love” is perfectly listenable, and its closing instrumental coda really kicks it into a higher gear, but it’s still one of this record’s weaker points. Second track “Out There on the Ice,” with its icy synth washes and affecting, melodic vocal hooks, would have set the tone more effectively. Its songwriting is strong enough that it survives an irritating production tic that’s used to death, annoyingly, all over the album: wordless vocal countermelodies of the “ooh ooh ooh” variety that would make more sense on a power-pop record and which rob several songs of their focus.

Luckily, a number of other tracks are focused enough to cut diamonds. Lead single “Lights and Music” rides a disaffected vocal, a rollicking bassline and a magic carpet of bleeps and bloops into about three minutes of euphoric chorus. And “Hearts on Fire,” which was released about a year ago as an early album teaser, is a midtempo nü-wave thumper that’s also the best thing the band’s done so far, managing to cram together a New Order rhythm guitar part, a bucketful of juicy Casio chords, a deep-house saxophone solo, and an absolutely brilliant sample that at once calls to mind “It Takes Two” and classic rave. Few bands are capable of achieving this sort of majesty, which is why it’s so disappointing when, as is all too often true on this record, they fail to do so.

Which is not to make a charge of all filler, no killer. The stately ballad “Strangers in the Wind,” which surprisingly calls Fleetwood Mac to mind, and the densely arranged rave-pop song “Far Away,” live up to their potential. But there are also several missed opportunities here, especially once you dig past the distractingly awesome production values. “So Haunted,” a decidedly mediocre sub-Rapture rocker, is a good case in point: The song alternates between a verse that wants very badly for its minor-chord guitar riffage to sound tough and a chorus positively drenched with effete major key vocal harmonies; the two parts don’t complement each other very well. The nonsensical lyrics (“What’s that you see?/There’s all these satellites, satellites, satellites/Orbiting you and me”), which is sadly representative of the band’s utilitarian lyrical approach, don’t help. And when the song abruptly shifts gears two minutes from its conclusion into a synth-heavy dance track (which is, not incidentally, totally better than what came before it), it’s emblematic of everything that’s wrong with In Ghost Colours. Equipped with plenty of time and inspiration, and with the resources and support of a producer whose killer instinct was apparently lost to Stockholm Syndrome, Cut Copy have made a record with an overabundance of ideas and energy and not enough focus.

Review: Clinic, Do It!