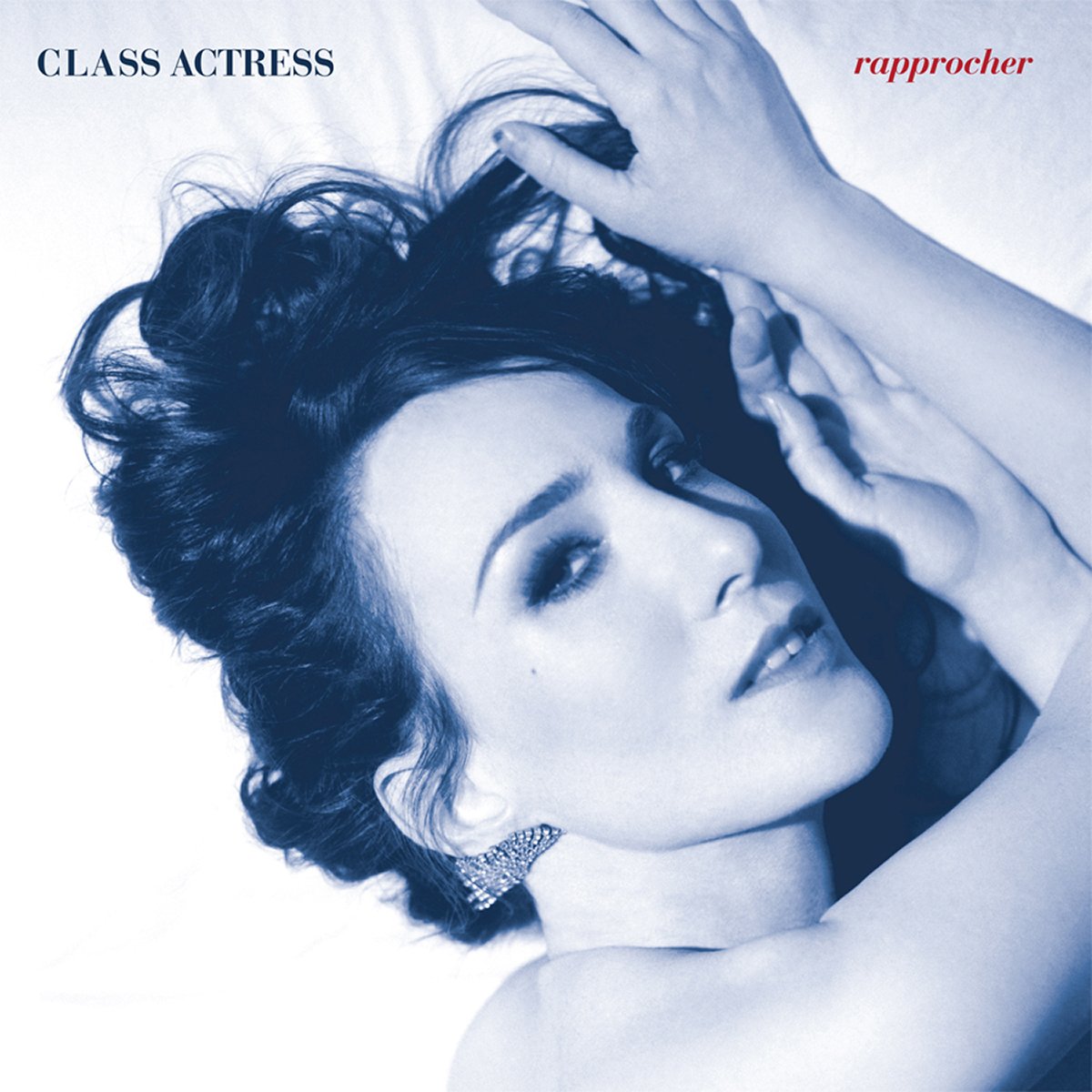 Roughly translated, “rapprocher” means “to beckon” in French, which adequately describes the jump in mood between Class Actress’s Journal of Ardency EP to her debut full-length. The former was somewhat intriguing but ultimately one-note; every brooding, clicking track sounded almost the same as the one before, beset by somber but cutesy refrains about adolescent hearts and nights on the town and the misunderstandings of a shy romantic.

Since then, Elizabeth Harper, the flesh and blood behind Class Actress’s carefully crafted Bohemian persona, has eschewed her previously bashful demeanor for a slinky, smokey-eyed pose. While Rapprocher breaks no thematic new ground beyond the boilerplate stormy-romance-and-heartbreak tales found on Journal of Ardency, Harper infuses a newfound allure into her synth-pop princess act, and for the most part, the glossy presenation and solid execution make up for the lack of innovation. Class Actress’s music has yet to break from its genre limitations (this is basically gothic, clubby indie pop designed for twentysomethings to have something to listen to while they walk around Brooklyn), but Rapprocher largely makes up for it with wise-ass charm and come-hither charisma.

Harper’s self-described “playboy pop” employs a fairly standard set of components: the steady, hazy snap of drum-pad programming, a heaping dose of distorted synth appreggios, and the actress’s navigation of the throng of electronic and new-wave evocations with whispery, mournful proclamations of uncertain love. Staying true to her stage name, Harper assumes a litany of familiar roles from track to track, from vulnerable seductress to anxious coming-of-age teenager to jaded bachelorette and just about every other clichéd Hollywood female trope.

However, Harper bares just enough gauzy, ice-queen glamour and sexy-chic posturing to elevate the standard crunch-and-fuzz characteristics of the lo-fi style into something far more sleek. “Bienvenue” is a poppy number with a lovesick daze (“This is the way that we talk when we talk about love,” goes the chorus) with chunky syncopated beats and the soft growl of looping guitars, while “Hanging On” finds Harper recounting her sexual anticipation to a watery downrush of spiny keyboards. “The way you pull my hair/The way you throw me down on the bed/Against the wall, hands on my waist/I can hardly breathe, I can hardly wait,” she sings with a kind of detached, halcyon seduction, undeniably in her element among the teeming cascade of synths. Underneath the litany of angular instrumentation, Rapprocher is, both musically and narratively, conventional glam-pop fare, but it’s difficult not to admire how well the bedazzled glove fits.