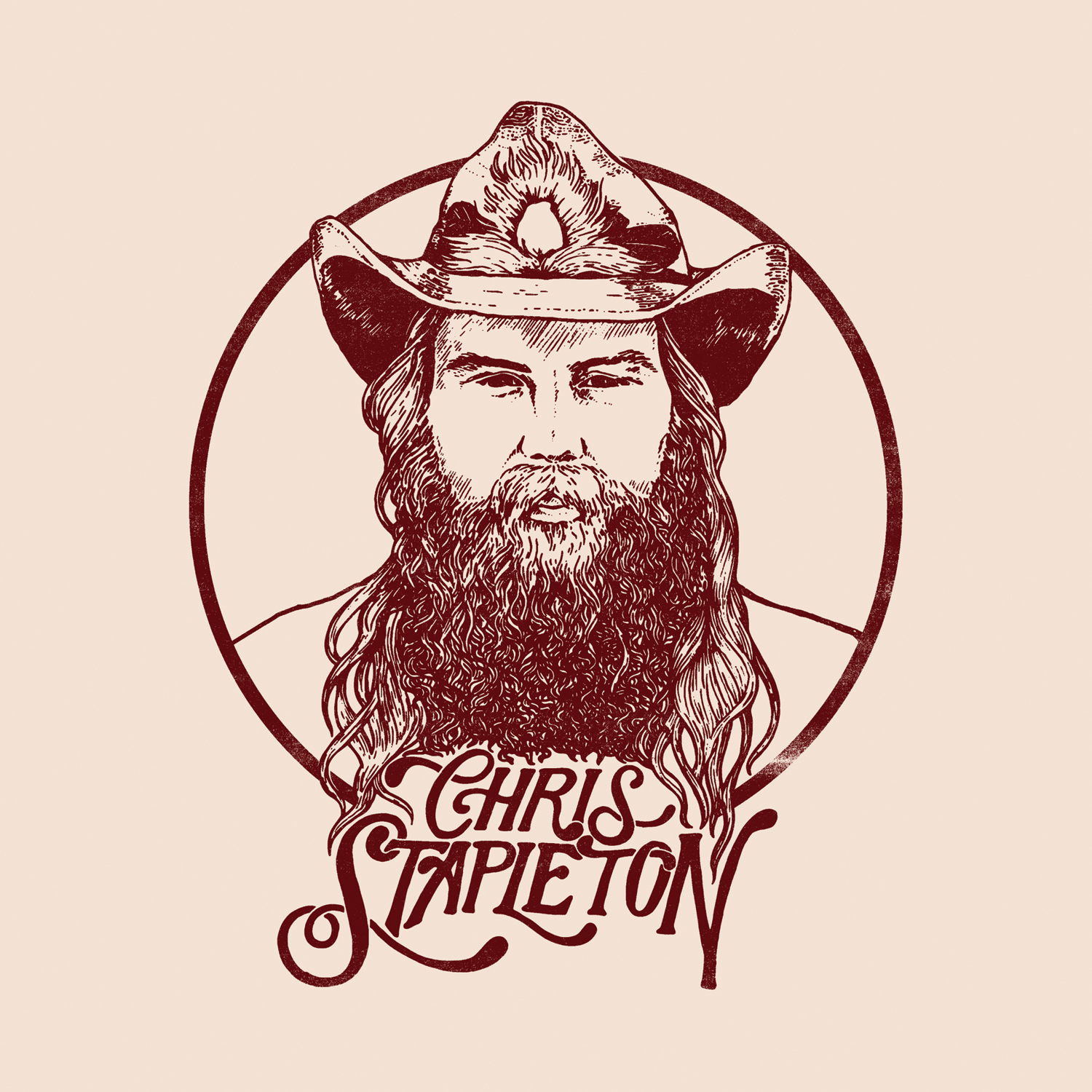 When Chris Stapleton first came onto the scene, his earthy, unaffected vocal style and no-frills blend of outlaw country and Southern soul felt like a balm for the ills of the bro-country that was beginning to go out of style. His 2015 debut, Traveller, was heralded by some as a return to real country music, or at least to a more traditional sound than what many of his peers were making. This set high expectations for his follow-up, and the most refreshing thing about From A Room: Volume 1—which was recorded at Nashville’s historic RCA Studio A—is how he mostly sidesteps them. There are no grand statements here, and no self-conscious move to ratify the accolades that have come Stapleton’s way. Instead, the album finds him doing what he does best: writing and singing country and roots music without any hint of pretension.

The only real surprise here is the album’s brevity; even with a second volume on the way, nine tracks feels more focused and condensed than the 14 songs on his debut. Contained within those nine tracks is a surprising amount of variety, though, with songs that take on various forms and emotions: “Either Way” is a slow-burning country ballad that reaches intense emotional highs, while “Them Stems” is a rattling blues number about smoking weed—about as close as Stapleton gets to something lightweight or humorous.

Traveller ’s biggest hit, “Tennessee Whisky,” was a cover—a small irony, given how long Stapleton worked as a behind-the-scenes songwriter before striking out on his own. Thankfully, he doesn’t attempt to cash in on the success of “Tennessee Whisky” with another elegant country-soul ballad; in fact, his take on Willie Nelson’s “Last Thing I Needed, First Thing This Morning” is handled in a spare outlaw-country style—complete with a mournful, lonely harmonica. It’s a subtle indication of his restlessness and versatility.

The focus of From A Room: Volume 1 is on individual moments, not on how its songs work together as a whole. This approach mostly works in Stapleton’s favor, especially because he’s working with such strong material. It’s easy to get lost in the simple pleasures of “I Was Wrong” and its crawling Muscle Shoals groove, or in the rowdy electric guitar riffs of “Second One to Know”—his most rock n’ roll-oriented song to date. Even so, the album occasionally feels off-balance, in particular when the jaunty “Them Stems” segues into the heavy closing song “Death Row,” which is as tortured and as moribund as its title suggests; not only is the transition between songs jarring, but the latter track’s big emotions don’t quite feel earned.

Traveller proved, more than anything else, that Stapleton has the gravitas to pull off big ballads, and there are a few more of them here. From A Room: Volume 1, however, is most rewarding when he tackles stylistic detours, showing how capable he is of handling songs that are light-hearted, upbeat, or simply more stylistically varied. One hopes that the album’s second volume will cast an even wider net, and find Stapleton taking additional risks.