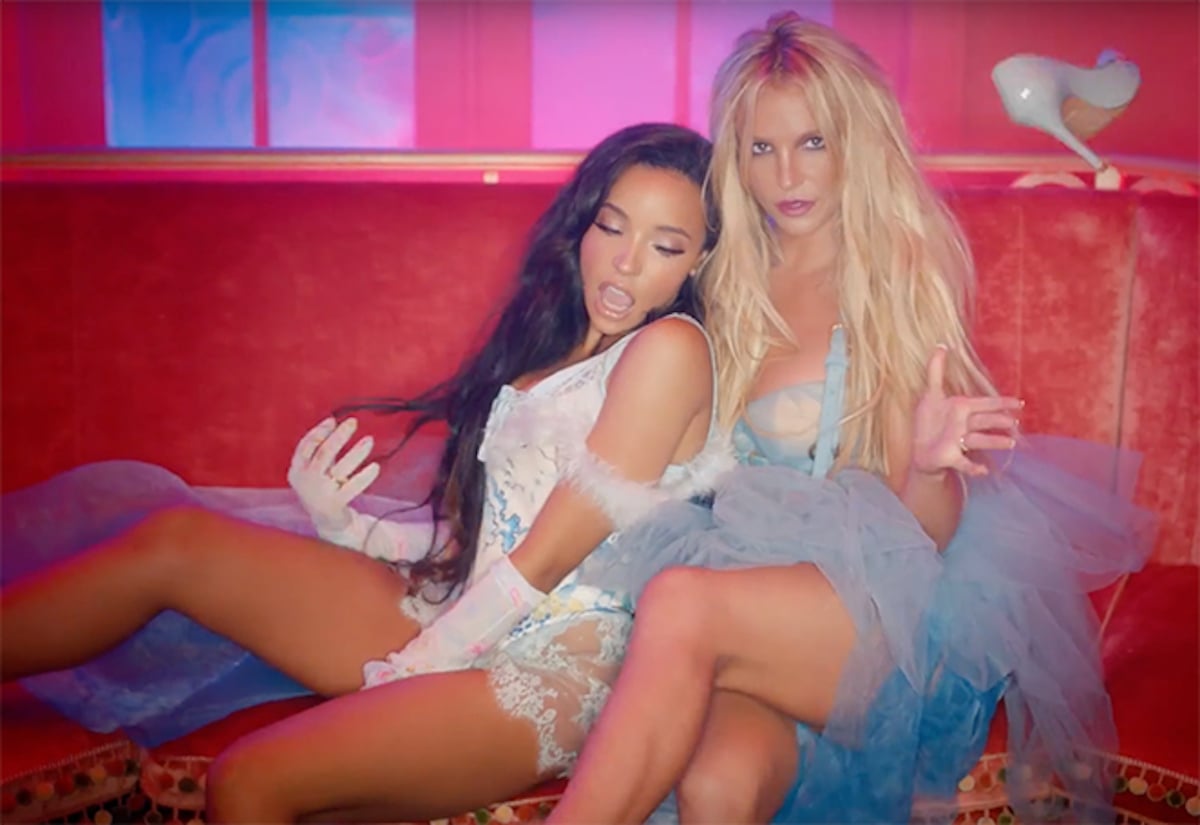 The music video for Britney Spears‚Äôs “Slumber Party,” a standout track from the singer‚Äôs recent Glory, starts off promisingly enough. A vintage car rolls up to a mansion, and Britney, looking fresh, strides up to the front door. Inside she discovers a sleepover-themed masquerade party, with guests dressed in their slinkiest nighttime attire, and locks eyes with a stud in a tuxedo and what appears to be a David Bowie bolt tattoo.

Britney has compared the clip, directed by Colin Tilley, to Eyes Wide Shut, but “Slumber Party” shows little interest in examining themes of morality and fidelity. Instead, the video employs sexuality‚Äîand homosexuality‚Äîpurely for the benefit of the male gaze. Britney and Tinashe, whose appearance on the song’s rebooted version feels superfluous, lounge around together in lingerie, kick off their heels, and caress each other for no apparent reason other than to entice the man in the tux. Britney then crawls on all fours across a dining room table and licks the guy’s spilled semen milk, bringing to mind a superior scene from Madonna’s 1989 video for “Express Yourself.”

Review: In No Man‚Äôs Land, the Road to Allyship Is Paved with Good Intentions