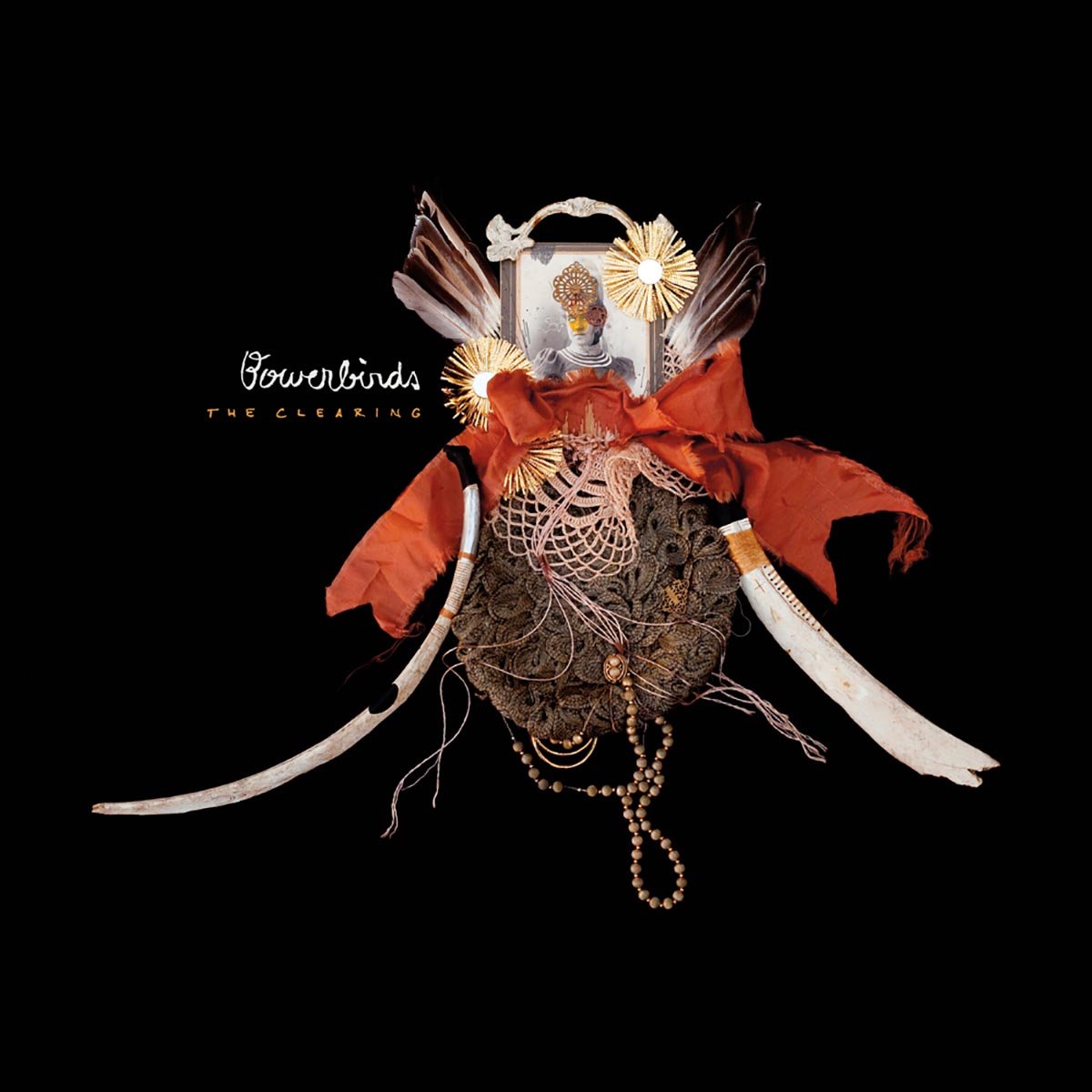 Bowerbirds are a folk trio known to too few people living outside of North Carolina’s metropolitan hub; they’re perhaps a bit too hipsterish for traditionalists and vice versa. The band’s 2007 debut, Hymns for a Dark Horse, caught the tail-end of what was then called the freak-folk movement, though if I had to judge on the evidence of Bon Iver and Helplessness Blues, I’d say that all folk is at least somewhat freaky these days. It’s now more or less expected that folk musicians will splice a bit of psychadelia or chamber pop or even modern classical into their granddaddy’s Dylan. At the very least, this is true of folk acts looking to make new fans via the Internet, a forum which blends some classically folksy imperatives related to populism and grassroots appeal with some highly un-folksy ones: the (relatively) privileged position occupied by youth and geek subcultures, the overdetermining influence of self-absorbed tastemakers like the one penning this review.

Bowerbirds’ latest, The Clearing, is their most progressive—one might even say freaky—folk album to date, to the extent that it sounds as much like a modern indie-rock album in the vein of Arcade Fire as it does like a conventional folk album. Though once you look past the pipe organs, accordions, and such, Arcade Fire is hardly the least folksy act one could think of. There’s a clear line of descent from Dylan to the Boss, and from the Boss to Arcade Fire, that has to do with each act’s sense that songs shouldn’t only be about something, but about the type of big, universal somethings that every person with a beating heart can relate to. If that sensibility encapsulates an important aspect of what folk music has been, then Bowerbirds remain a folk act, as The Clearing distinguishes itself most clearly from earlier works in their discography not by its dynamic production, impressive as it is, but by the greatly expanded ambition and depth of its songwriting.

Bowerbirds recorded The Clearing in Justin Vernon’s Wisconsin studio, and his influence on the album is evident. Good luck not thinking of the similar-sounding eruption from Bon Iver‘s “Perth” when distorted guitars break abruptly into “This Year.” As sonic innovators, Bowerbirds aren’t Vernon’s equal, but they’re actually better songwriters, and where Bon Iver often felt self-referential in its obsession with pretty sonic bricolage, Bowerbirds are more likely to use the studio as a way of adding drama to what are ultimately straightforward folk and pop tunes.

Consider, for example, “Tuck the Darkness In,” the album’s opening track, which concerns nothing less than the recognition of mortality. Against a woozy, scraping violin that could be inspired by Stravinsky or Sufjan Stevens, Phillip Moore recalls a time “before the full weight was on our shoulders/Before I knew time was such a swindler.” Though he’s developed considerably as a vocalist since the last Bowerbirds album, Moore’s voice is still too fragile to tempt the kind of theatrical wailing that would tip his weighty lyrics into melodrama. There just aren’t many singers who can deliver a line like “Oh, my dear friend, everything falls to death” and sound utterly sincere.

Beth Tacular, the Bowerbirds’ other principal songwriter and vocalist, is a similarly understated and disarming vocalist. On “In the Yard,” she works with a rudimentary folk template, all fingerpicked guitars and cozy harmonies (plus a surprise guitar solo that recalls Grandaddy’s silicon-valley folk), as her lyrics evoke a relationship to nature that, while romantic, is really more Home & Garden than Henry David Thoreau. The track follows “Tuck the Darkness In,” and while the idea that nature can be a balm for life’s tragedies is a familiar one, the way Tacular conveys it without resorting to the kind of bucolic kitsch that most urbanites have no reference for makes the song more modern, but also more personal and honest.

Since The Clearing’s greatest pleasures come from the interaction between Moore and Tacular’s gentle, conversational singing and their procession of intriguing sounds, which is to say, its details, the album will reward listeners who are willing to let it grow on them. Its homespun charm is almost too subtle for a time when there are too many songs out there to give all but a few a second listen. Bowerbirds aren’t making the most adventurous music of its ilk, but their expectation that fans should listen first carefully and later fondly is audaciously anachronistic. And wouldn’t it make a great rallying cry for contemporary folk: Make time to listen?