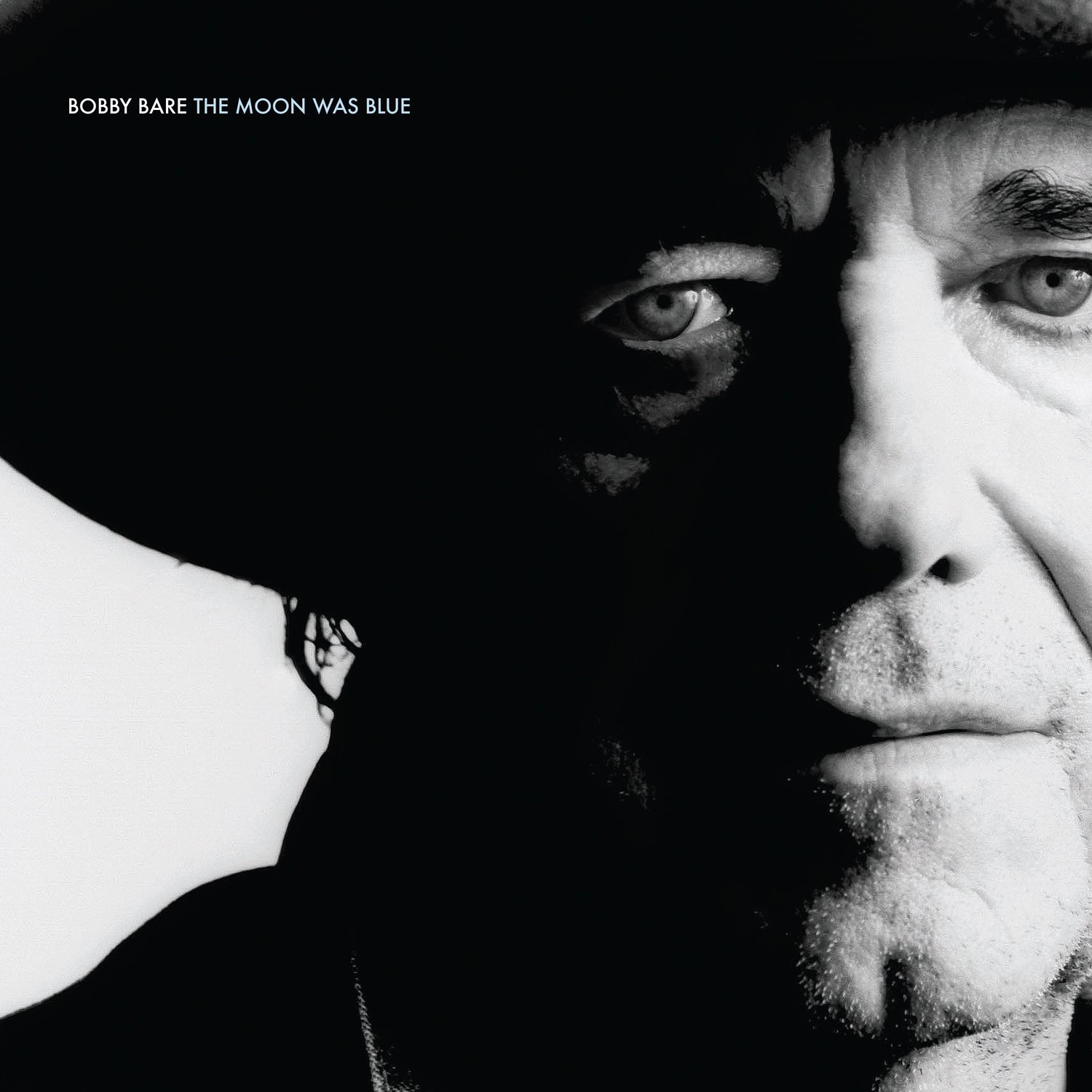 One of the fundamentals of a successful celebrity retirement is that the celebrity in question actually has to remove themselves from the spotlight for the public to miss them. In that regard, Jay-Z and Garth Brooks would be well-advised to study the case of Bobby Bare, a celebrated vocalist whose distinctive style and scope made him one of the first and most successful country artists to cross over to the pop charts in the late 1960s and whose ear for difficult, unconventional material (he’s recorded an encyclopedic volume of Shel Silverstien’s songs over the course of his career) placed him near the frontlines of the Outlaw movement of the 1970s.

Faced with diminishing commercial results, though, Bare released his last proper studio album, Drinkin’ from the Bottle, Singin’ from the Heart, in 1983. Twenty-two years on, his son, well-regarded alt-country bandleader Bobby Bare Jr., coaxed Bare out of his self-imposed retirement to record The Moon Was Blue, an album that adds Bare to the impressive list of Johnny Cash, Dolly Parton, Merle Haggard, and Loretta Lynn of country music veterans who have experienced a late-career artistic rejuvenation that rivals their earlier peaks.

Produced by Mark Nevers of Lambchop, The Moon Was Blue is an authentically retro-sounding countrypolitan affair that respects what worked so well about Bare’s now-classic output. While Nevers adds the occasional touch of indie-rock distortion to keep the album from sounding dated, he wisely chooses a more restrained, classy production style that doesn’t draw undue attention to itself (with the lone exception of the jarring, garish children’s chorus that chimes in for the final refrains of “Fellow Travelers,” ending the album on an atonal cornpone note), keeping the focus, instead, on Bare’s exceptional interpretations of a collection of songs that, as is Bare’s want, cover a broad emotional range. That “The Ballad of Lucy Jordan,” presumably one of the few Silverstein songs Bare hadn’t already recorded, is a highlight is hardly a surprise. That he finds life in Pat Boone’s “Love Letters in the Sand,” on the other hand, reaffirms Bare’s interpretive skill with particularly compelling authority.

But for the occasional rasp, there’s nothing in Bare’s commanding baritone to suggest that he’s now well into his 70s. Bare’s singing sounds vital, and even on the album’s most pensive moments, “I Am an Island” and “Yesterday When I Was Young,” he never gives the impression that he’s simply reflecting on better days. Though it isn’t an instant classic that recontextualizes his artistic mythology the way that Cash’s American Recordings or Lynn’s Van Lear Rose did, The Moon Was Blue is nonetheless a welcome return from an artist who, hopefully, plans to forge even farther ahead.