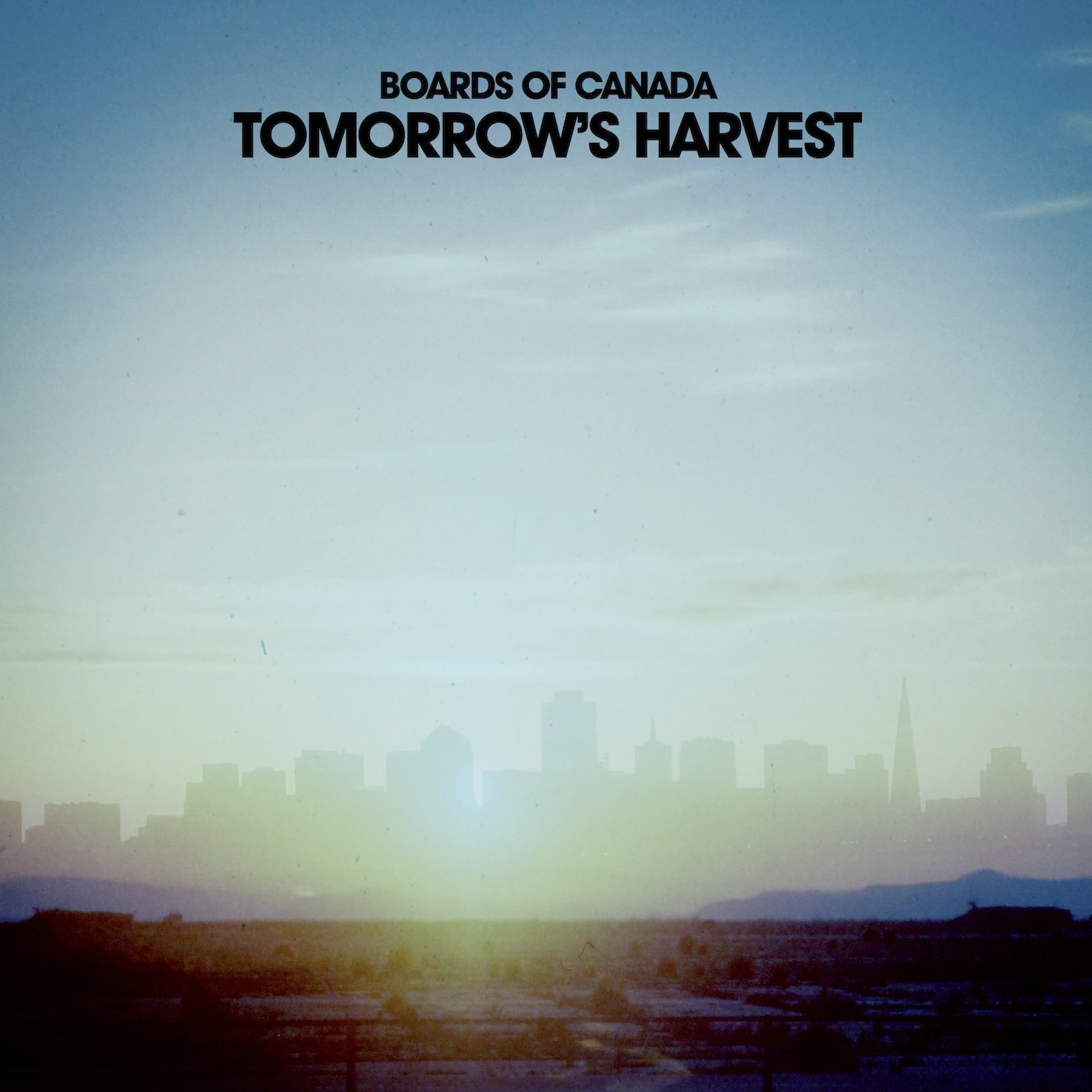 While Michael Sandison and Marcus Eoin are no strangers to overt expressions of menace, most notably on 2002’s positively seething Geogaddi, Tomorrow’s Harvest, a chilled dirge of an album, offers a polar antipode. The album begins with a tantalizing bit of misdirection. “Gemini” opens with some kitschy ‘70s fanfare—a thoroughly signature Boards of Canada affectation—announcing the triumphant return of the Scottish brothers to the musical world. Quickly, though, the mood turns—and never relents—as an ominous drone that creaks and shifts like a melting glacier in the distance finally fractures into jagged shards. The track is an object of meditative reflection catching subtle glints of light from different angles, a pop-ambient techno approximation of the minimalist credo.

“Gemini” is just one of several ambient interludes—a familiar Boards of Canada staple—exploring a musical idea or two, though in the past they’ve usually been more skit-like tangents. Tracks like “White Cyclosa,” which centers on fragile arpeggios ticking down in spirals, and “Transmissiones Ferox,” which rumbles with a pulse reminiscent of Plastikman’s “Rekall,” establish a mood of remote sorrow that’s more fully developed by the longer tracks. Besides their lengths, though, what further distinguishes the more substantive songs here is their emphasis on beats. “Jacquard Causeway,” for instance, is a hip-hop-style instrumental that brings to mind an unholy hybrid of cLOUDDEAD and RZA, a lo-fi pastoral soundscape lumbering on slow-motion breaks and noodling keyboards repeating the same figures over and over, a kind of minimalist approximation of routinized sadness.

The tracks that increase the tempo are no less melancholic. Lead single “Reach for the Dead” skitters beneath an arcing, crystalline synth, charging toward a drum-rush climax, but instead of a euphoric release, its pensive melody burrows inward. This brooding headphone anthem closely echoes avant-garde guitarist and erstwhile philosopher Richard Pinhas’s “Iceland (Part 2),” a monolith of cold, gleaming stoicism. Fellow Warp labelmate Autechre similarly reimagined Pinhas’s piece on their 2003 track “Surripere,” but whereas Autechre’s approach was austere and impersonal, Boards of Canada’s is pure analog pathos.

Looking at Boards of Canada’s body of work from the vantage point of four albums and 15 years, it takes on the appearance of an elemental quadrilogy: Music Has the Right to Children embodies air, Geogaddi fire, 2005’s The Campfire Headphase earth, and now, Tomorrow’s Harvest water. Given the duo’s interest in numerology, fringe religious movements, and subliminalism, such a notion is hard to dismiss, and Tomorrow’s Harvest would make a fine bookend if Boards of Canada were to suddenly vanish into the ether. As it stands, however, their aural magic is as evocative as ever, and with their alchemical skills, they could well invent a fifth element, or more.