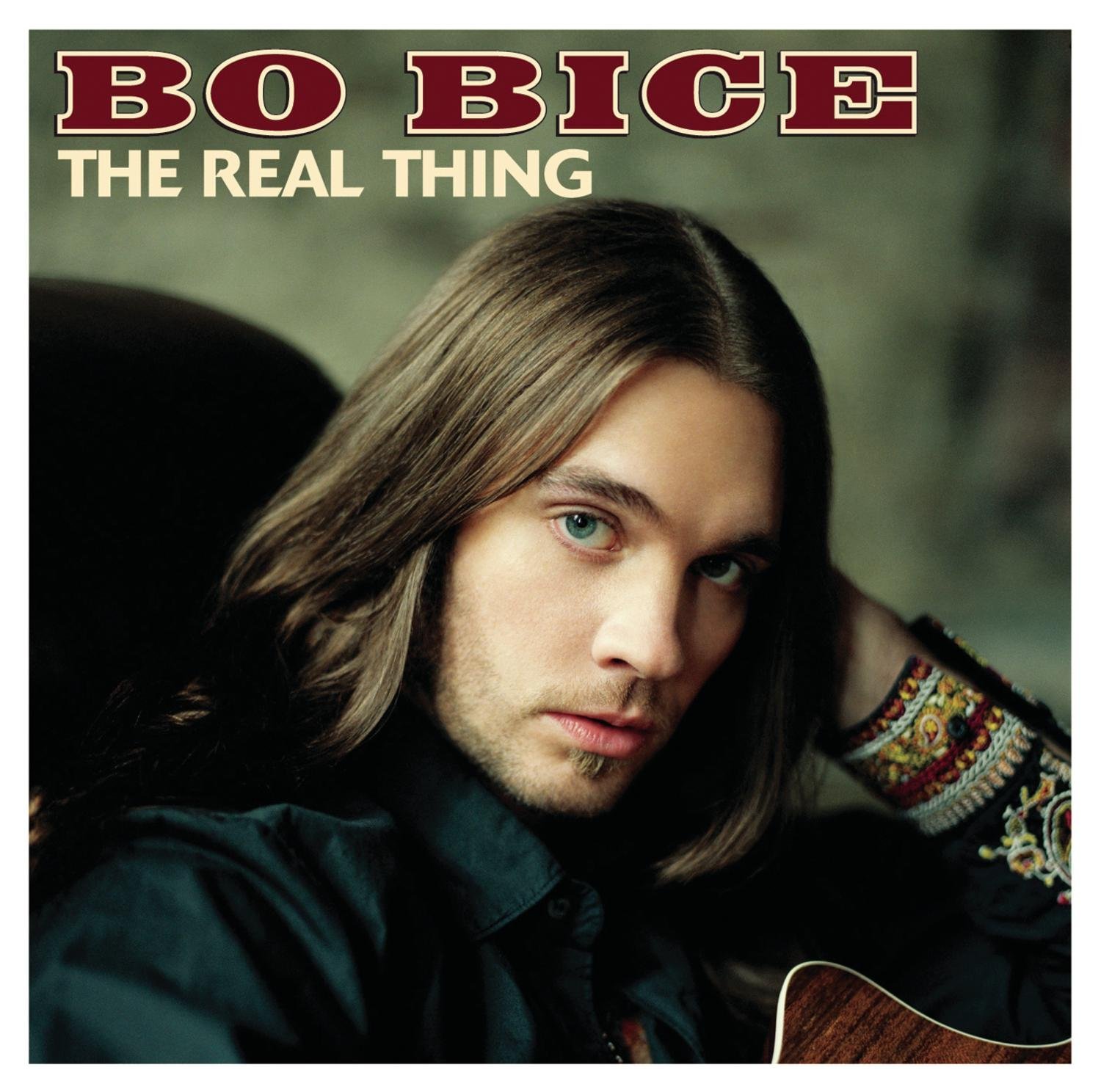 It’s perhaps too much to ask to feel a legitimate sense of sympathy for any aspiring singer, let alone a nearly 30-year-old one who’s spent a good long time cutting his teeth on his local bar circuit, who voluntarily signs the contract with 19E that’s forced equally upon the applicants for both the end-game spectacle and the early-going point-and-gawk of American Idol. There simply shouldn’t be any pretense that, however authentic or unflappable a contestant might come across on the show, said contestant would have any real hope of recording anything of substance or even passing interest under the tight controls stipulated by what is, by all accounts, an unusually nasty, even exploitative contract. So, no matter how well Bo Bice, eventual runner-up to the state-of-the-art Faith Hill model of Teddy Ruxpin robots, may have covered The Allman Brothers’ “Whipping Post” during season four of Idol, and no matter how incongruous it was with the show’s garish Lawrence Welk Show aesthetic for him to perform an a capella cover of Jim Croce’s “Time In A Bottle,” there would still be no reason whatsoever to expect that his debut album, The Real Thing, would be the least bit good, nor would there be any reason to say that he deserves significantly better.

By the standards of the albums released by the Idol kids, The Real Thing fares scarcely worse than Ruben Studdard’s Soulful, which is to say scarcely better than Justin Guarini. There’s nothing as hilarious as “Paulatics” from also-ran Corey Clark, nor is there anything as repulsive, strident, or just flat-out stupid as “Jesus, Take The Wheel” from the Ruxpin’s Some Hearts. That there’s nothing as transcendent as “Since U Been Gone” from Kelly Clarkson’s surprisingly resilient Breakaway, however, is a given, particularly in light of the fact that Clarkson, prior to the release of her album, managed to unbind herself from her contract with 19E.

A better point of comparison than any of the prior Idol albums, though, is the new INXS album, Switch, with Rock Star winner J.D. Fortune making a poor substitute for the late Michael Hutchence. While Switch is an album that contains no shortage of punchy hooks, what it lacks is a singer with the presence or charisma to sell them with any efficacy. Bice’s The Real Thing, on balance, consists of a respectably weathered rock voice without anything at all to say or any memorable production tricks to back it up. Split the difference between the two, and there might be a catchy mainstream rock album in there somewhere. As is, neither merits even a passing recommendation.

That Bice performed his “I Don’t Want To Be” late in the season’s run invites the comparison that The Real Thing is an album of little more than warmed-over Gavin DeGraw VH1 rock. That Sith Lord Clive Davis is the album’s executive producer—and is, of course, behind DeGraw’s career—plainly lays blame for the project’s aggressively middlebrow bent. On the first half of the album, Bice addresses an ever-evasive “you” (assuring that the pre-teens who voted for him can imagine that he’s singing a song for each of them) with an interminable series of clichés that make the songs, including one that, to no one’s surprise, was written by Nickelback’s Chad Kroeger, entirely indistinguishable from each other, let alone from their would-be Adult Top 40 competition in Lifehouse or 3 Doors Down.

The latter half of the album is actually worse, largely documenting Bice’s struggles toward—and the eventual personal battles with—fame. It’s all so rote and all so predictable and all so very, very safe, in a way that flies in the face of Bice’s attempts during and after Idol to present himself as authentic. Processed into sonic Velveeta by Clive Davis, there’s certainly no mettle to The Real Thing, and it fails to offer even the simple escapist pleasures of a single like Clarkson’s better efforts or, hell, even Kimberley Locke’s “Eighth World Wonder.” It’s still evident that Bice is a solid rock singer, but his debut is an even bigger strain to his street-cred than the American Idol stigma ever could be.