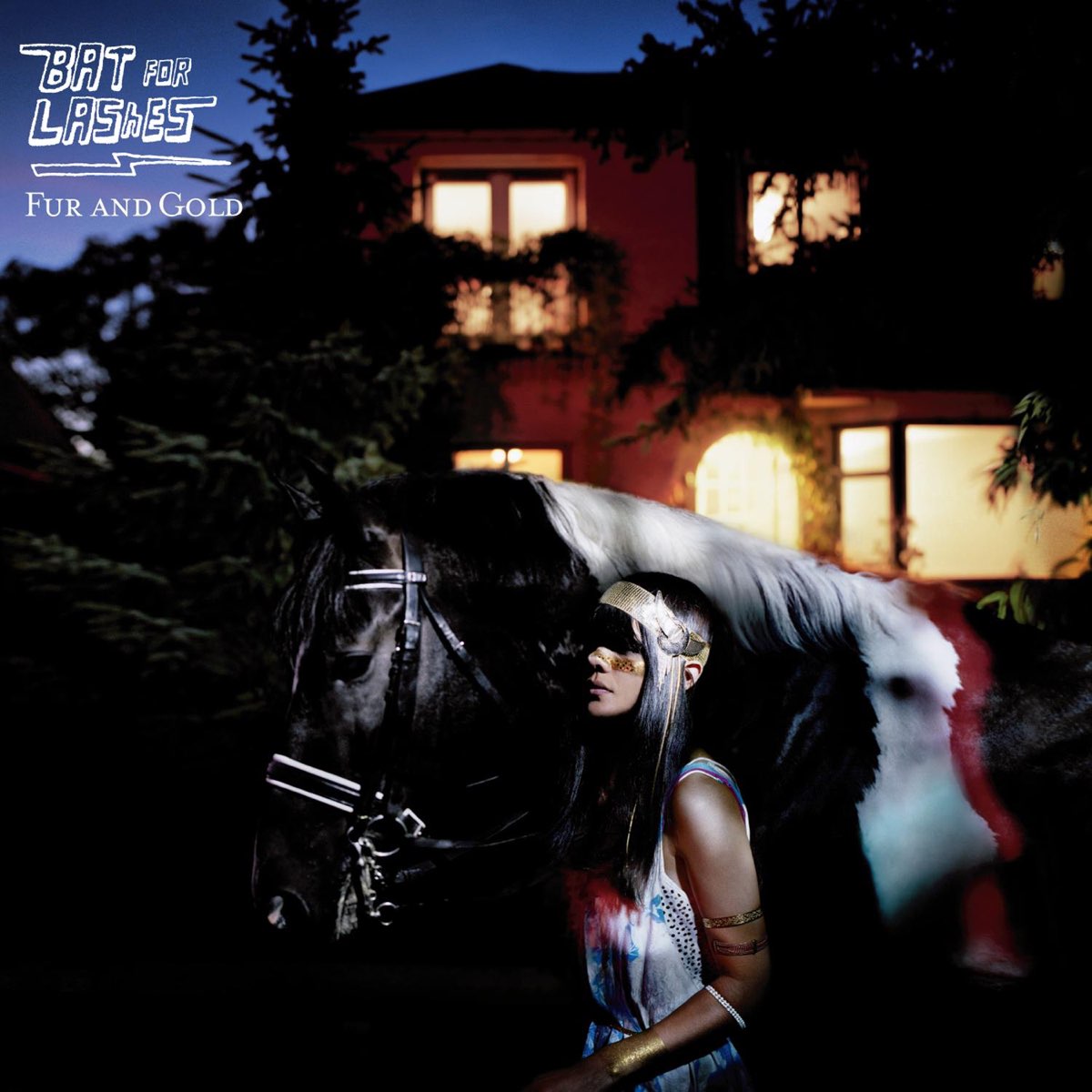 For decades, male singer-songwriters have hidden behind ominous names and seemingly for-hire collectives (think Nine Inch Nails, Nirvana, Smashing Pumpkins). Now it seems the ladies—such as Annie Clark and former nursery school teacher Natasha Khan (a.k.a. St. Vincent and Bat for Lashes, respectively)—are starting to follow suit. Khan’s Fur and Gold brings to mind a litany of female singer-songwriters who needn’t all be listed here because, despite the myriad similarities, there’s a sense of novelty to Khan’s voice and songs. In other words, the matter of who came first in our silly linear world seems trivial once you get swept away into the Pakistan-born singer’s fairy-tale milieu, in which women rule over court jesters, wizards, wolverines, and centaurs.

Fur and Gold opens with “Horse and I,” a waking dream that recalls the majestic allegories of Sinead O’Connor’s The Lion and the Cobra and in which Khan is anointed a modern Joan of Arc amid ebullient harpsichord and marching-band drums, while the closing song, “I Saw a Light,” is another nighttime venture, beginning with a stark piano figure that gradually builds to the discovery of a dead couple in a car, at which point Khan’s wails take a page right out of the PJ Harvey songbook. The titular light inspires her to pack her things, though what she’s leaving isn’t clear. Although the occasional lyric falls short of being so bad it’s good (“When your dreams are a train to trainwreck town,” she sings on the chorus of the girl-group-from-beyond “What’s a Girl To Do?”) and there’s an almost pathological overuse of the word “sad” on “Sad Eyes,” for the most part Khan’s sketches—whether it’s a tale of a biker chick who yearns for domesticity (“Prescilla”) or the confessions of an aspiring harlot (“Sarah”)—are vivid and absorbing.

Khan’s music is both textured and lush, drawing on the tape loops and experimental electronics of Steve Reich as well as more obvious, quirky influences like Björk and Kate Bush. Vocal “sea sounds” here, “special foot taps!” there. The position of my desk in relation to my stereo speakers (yes, in the name of music, I still use the antique thing and avoid my tiny computer speakers whenever possible) means Josh T. Pearson’s menacing background vocals on the mesmerizing and otherworldly “Trophy” sound like they’re coming from the far reaches of the apartment. It’s fitting since Bat for Lashes’ music feels like some lost specter that has fortuitously wandered into your home and can’t help but haunt you.