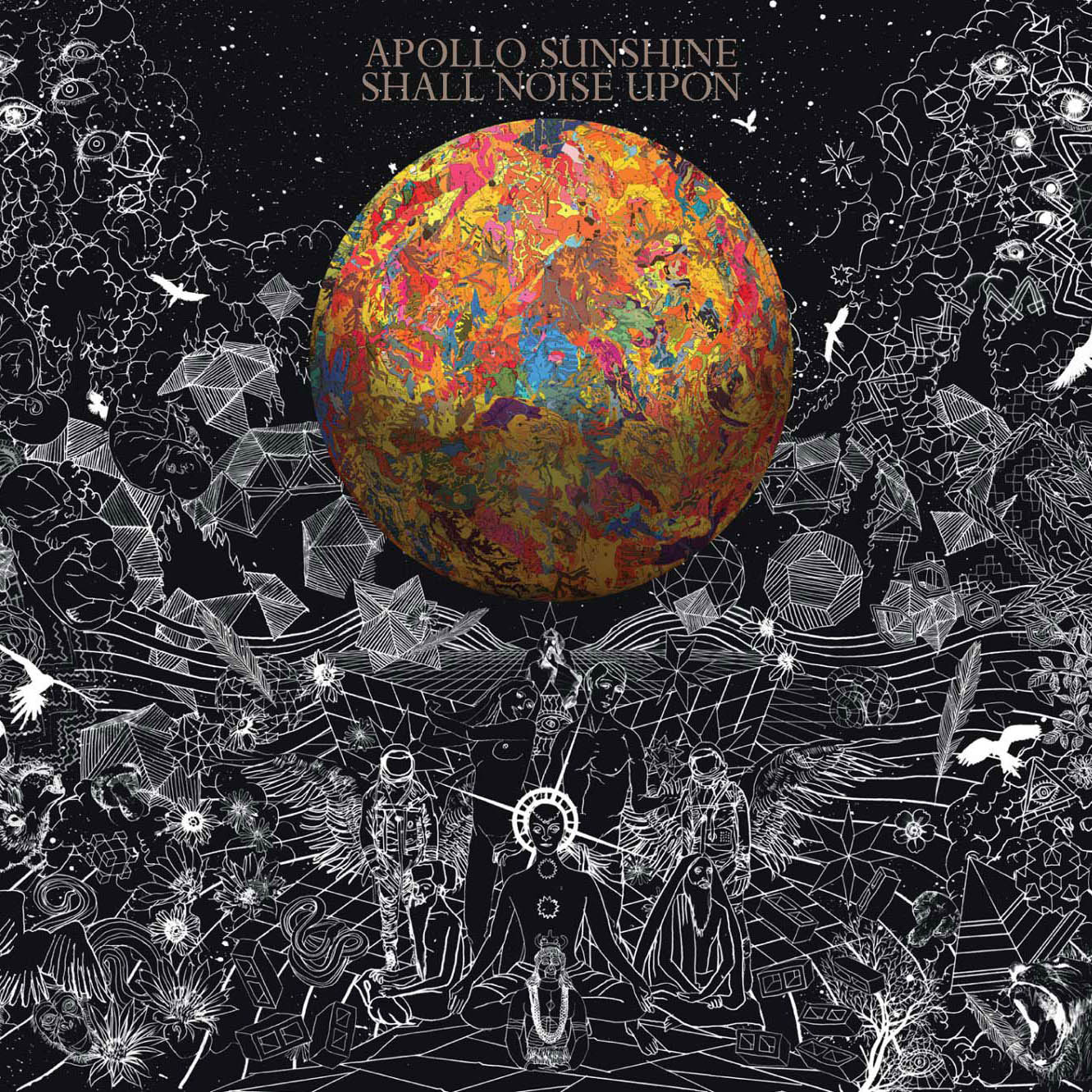 Dedicated jokesters like They Might Be Giants and Weird Al have their place and purpose. But Apollo Sunshine is the kind of band that thinks because everything has already been done, the only thing left is ironic pastiche. He who references the most wins. On their eponymous sophomore album, the band played cut-and-paste with various musical styles, punning their way through their impressive record collections. At the very least, the album was fun, and there were a few moments that managed to break through the incessant lyrical sarcasm. Their new album, Shall Noise Upon, is intellectually thinner, more musically pedantic, and not quite as tongue-in-cheek.

“Singing to the Earth (To Thank Her for You),” a tribute song to the planet, is carried out in all seriousness (I think), while “666: The Coming of the New World Government” grunges up the Beatles’ “Revolver” and warns that “the enemy is turning into everything,” that if the U.S. doesn’t change its ways it will fall like the Roman Empire in “our own violence, our own misery.” Both are carried out with a gravitas that is undercut by the band’s inability to take their medium seriously. “We Are Born When We Die,” which is what Pink Floyd stealing from “House of the Rising Sun” might sound like, is a Buddhist-themed anthem, but it’s “The Funky Chamberlain (Who Begot Who)” that is full of seemingly unintentional, mantra-like paradoxes. The record goes in every possible direction at once and it seems like that was the objective. The fact that the title track is a nine-second noise-mash probably tells you more about Shall Noise Upon than I can.

It’s not the bad songwriting that is obnoxious, or even that Apollo Sunshine probably thinks that it’s good when it’s not—indeed, the pretension is almost palpable. It’s one thing to be Coldplay and genuinely think you are the greatest thing to grace the world of music, but it’s another to be ironic about your originality and still be full of yourself. Apollo Sunshine’s musical ability and breadth of knowledge is certainly impressive, but don’t let these guys convince you they are worth more of your time than they actually are. Then again, maybe I just didn’t catch all the musical references. Micah Towery’s writing has appeared in The Cimarron Review and Prime Number Magazine. He lives in South Bend, Indiana.