Adele’s first three albums—loosely conceptual, evenly paced, largely piano-driven collections filled with pop anthems about heartbreak—were designed for easy, mass consumption. On 30, though, the British singer-songwriter has created songs that expand beyond the standard time allotted by pop radio and dig deeper into the soul, jazz, and pop styles that have defined Adele’s music. Of course, 30 also continues to do what Adele does best, offering enveloping examinations of her most intimate thoughts and fears.

Adele announces her new approach on the album’s opening track, the Gershwin-esque “Strangers by Nature.” Producer Ludwig Göransson adorns the song’s tender melody and ornate, lovelorn lyrics with twinkling electronic embellishments and distorted backing vocals, moving it from the past to the present by updating Adele’s well-established traditionalism. But beyond its modern approach to plaintive vocal jazz, the track’s self-assured, free structure nonetheless flouts the pop conventions of Adele’s best-known hits.

While 30 certainly has all of the hallmarks of an Adele album—sober self-effacement, stately nostalgia, and, most of all, that voice—fewer of its songs seem designed for pop radio. Many are too long (“I Drink Wine”), too formless (“All Night Parking”), too luxuriously languid (“Woman Like Me”). Instead, the album serves a showcase for Adele’s maturing vocal skills and a forum for her to share the ever-deepening insights about universal themes like love and loss—and, of course, her well-publicized divorce.

The album’s first half contains its most radio-friendly songs, including the immediate smash “Easy on Me” and breezily self-effacing “Cry Your Heart Out.” This part of 30 finds Adele dipping into more contemporary sounds, especially on “Oh My God,” with mixed results. She sings about fulfilling her needs without shame, but the track’s production feels somewhat sanitized, like the accompaniment to a car commercial. Likewise, the lively, clanging percussion and faint moans of “Can I Get It,” produced by hitmakers Max Martin and Shellback, sets up a sultry payoff only to offer a discordantly chirpy whistle drop à la Flo Rida.

Adele fares far better when she expands the boundaries of her style by diving into neo-soul. “My Little Love” intersperses atmospheric, confessional verses about managing motherhood through divorce with clips of Adele speaking with her son and tearfully divulging her fears and desires. The song is profoundly vulnerable, and hearing Adele reassure her son that she loves him conveys a truer sense of sadness than any of her past songs about heartbreak.

Equally novel to Adele’s catalog is the nocturnal lounge music of “All Night Parking,” an interlude featuring an unexpected trap beat and a spellbinding piano sample from the late jazz composer Erroll Garner. Despite its modern-sounding approach, principal collaborator Greg Kurstin’s smoky, lush production pays tribute to the jazz of the 1950s and ’60s, grounding the track in the more retro sonic and textural world of 19 and 21.

While the rest of 30 cuts closer to Adele’s trademark pop-soul, her approach to the genre is markedly more adventurous and expressive than ever before. “Hold On” spends half of its six-minute runtime as a plaintive piano ballad with hauntingly gossamer backing vocals that underscore truly dejected lyrics about hopelessness: “Every day feels like the road I’m on/Might just open up and swallow me whole.” But it gradually builds, tracking Adele’s self-empowerment and swelling with her impassioned, desperate belting.

The following song, “To Be Loved,” lacks the same arc, but its subtle theatricality foregrounds Adele’s emotional progression and her reliably disarming vocals. The song plays like the internal monologue of a Broadway actor who’s been unexpectedly left alone on stage; if, on “My Little Love,” Adele had her son at her side as she struggled through the aftermath of her divorce, here it’s clear just how alone she feels when she sings, “Let it be known that I tried.”

This feeling of isolation tees up 30’s rousing conclusion, “Love Is a Game,” a baroque pop-soul epic whose familiar themes—in short, that love is for fools, and Adele is a fool—are elevated by the singer’s playful, unrestrained vocal performance. At nearly seven minutes, “Love Is a Game” is unlikely to garner any pop airplay, despite being one of her best songs to date. But 15 years into her illustrious career, Adele’s attention has shifted to her creative pursuits, and on 30, she displays the confidence to share her boldest vocal, stylistic, and thematic interests. 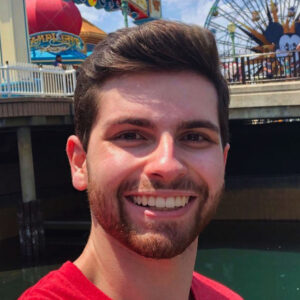