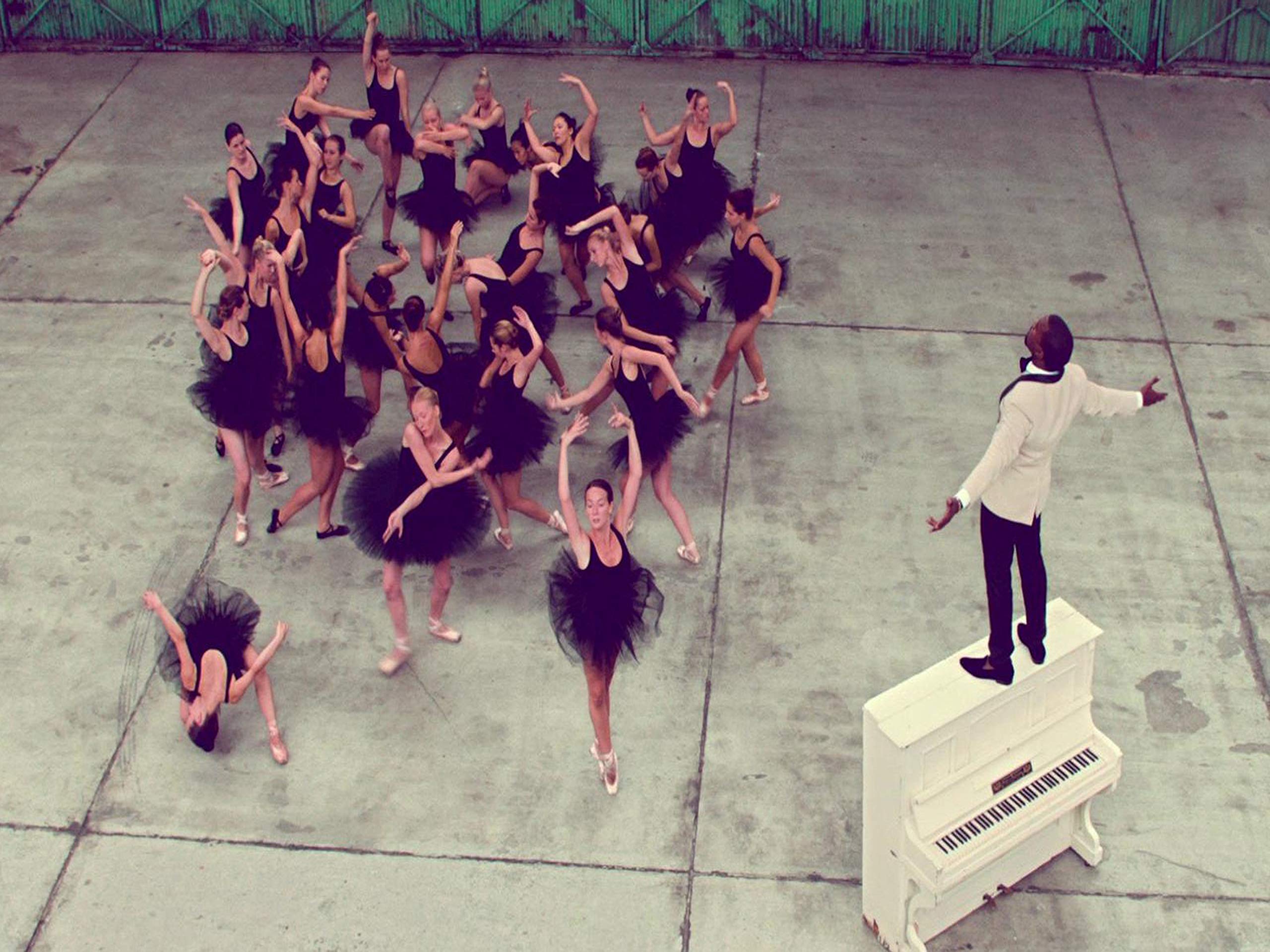 The first words out of Kanye West’s mouth after the world premiere of his new music video “Runaway” (for his upcoming album My Beautiful Dark Twisted Fantasy) were how he wanted to make a music video “like a Stanley Kubrick film” and with “Felliniesque” imagery. It’s chuckle-worthy, not because it’s necessarily an absurd statement on its face, but because West talks about his work exactly as a stereotypical film student would: a combination of passion, naïveté and grandiosity that is endearing in small doses and aggravating in large ones. (Also only a film student could use the word “Felliniesque” like that and keep a straight face.)

Looking at the video as a grandiose, big-budget student film by a neophyte director, it all makes sense: “Runaway” is overlong, and at times it’s obvious that West as a director was too in love with his own work to make any judicious cuts. The video alternates between being excessively navel-gazing and prone to making ham-fisted grand statements. And yet there are stretches of brilliance in the clip, and it’s marked by a distinctive visual style and creative sensibility. Maybe it’s not Felliniesque, but it’s certainly something.

Clocking in at over 34 minutes, “Runaway” is less of a video for the track of the same name than it is a film designed to be visual accompaniment to the whole of the Fantasy album. The narrative, written by music video grandmaster director Hype Williams, owes more to the 1984 Ron Howard comedy Splash than anything by Fellini. A phoenix (played by fashion model Selita Ebanks) falls from the sky, crashing into West’s life. Backed by a series of tracks from the new album, West takes the phoenix into his home and falls in love with her; she’s exposed to both the beauty and the cruel misunderstanding of the world. In order to achieve her true potential and destiny, the phoenix must make a fiery ascent into the heavens, and West is left perpetually running after her. (The astute viewer will be amazed to discover that the phoenix is A Very Subtle Metaphor for Kanye West’s Career.)

Of course, West can’t escape his own natural knack for self-aggrandizement; the video’s length seems calculated to draw comparison to Michael Jackson’s long form videos like “Thriller” and “Ghosts.” West is ready and willing to claim the mantle of pop deity from him as well; a sequence in the video features a giant papier-mâché Michael Jackson head flanked by angels, acrobats and a marching band as fireworks explode in the sky, backed by the lyric “Something wrong, I hold my head / MJ gone, that nigga dead.” Although visually arresting, if Kanye was trying to make a tribute to Jackson it comes off more as a tribute to himself.

The rest of the video operates along the same lines, stunning you with the beauty of its imagery one moment and stunning you with its arrogance the next. The greatest missteps are whenever the musical momentum of the piece is interrupted by the attempt to use dialogue to deliver Very Important Truths like “The first rule of this world, baby: don’t pay attention to anything you see in the news.” In a form so sonically dominated as the music video, the quiet only underlines the awkwardness of these moments; silence is death, but some of the dialogue here is worse.

But even in those awkward moments there’s redemption to be found in the video’s visual sensibility; West delivers that line in an artfully-composed off-center wide shot in front of rippled curtains that give the hint of theatricality. Together with visual/performance artist Vanessa Beecroft (credited as art director) and cinematographer Kyle Kibbe, West has crafted a video made of precisely-composed frames in richly-layered spaces ranging from the lush and safe cocoon of West’s home to a minimalist warehouse-turned-banquet hall. Long stretches of slow motion continue the exploration done in the video for “Flashing Lights” (co-directed by West and Spike Jonze), in which the action becomes a motion study and the viewer is allowed to decompose the shot as it unfolds.

The obvious centerpiece of the video is the segment backed by the actual “Runaway” track, in which a tuxedo-clad West takes to the piano as a flock of ballerinas dance to his beat, culminating in a sweeping long take in which they are frozen mid-motion in statuesque poses. But for a video filled with excess and grandeur, the winning moment is something small: in his home, West hammers away at a sequencer, starting with the stripped-down beats and samples behind the track “Power.” The phoenix, transfixed by the sound, builds a dance as the beat is joined by strings and piano. Both West and the phoenix are guided by the music; this scene is the one that speaks to West’s creative spark and his fascination with art-making as a process.

If “Runaway” is a triumph in any sense, it’s in how West, like Lady Gaga, is taking a stab at expanding the horizons of the music video and making it a less insular and more relevant form. West has decoupled the video from being a mere promotional tool for a single; of course he’s made it a promotional tool for himself, but on a larger level he has said he wanted to give all the tracks on his album—even the ones that would never be singles—some sort of visual identity. In that light, he’s succeeded in making something that’s more than a series of music videos stitched together. It’s an ambitious, perhaps overreaching work, where the art reflects the artist: you can’t deny the ego, but you can’t deny the passion, either.

Oscar Moralde writes a column on television and the media for The Hypermodern.