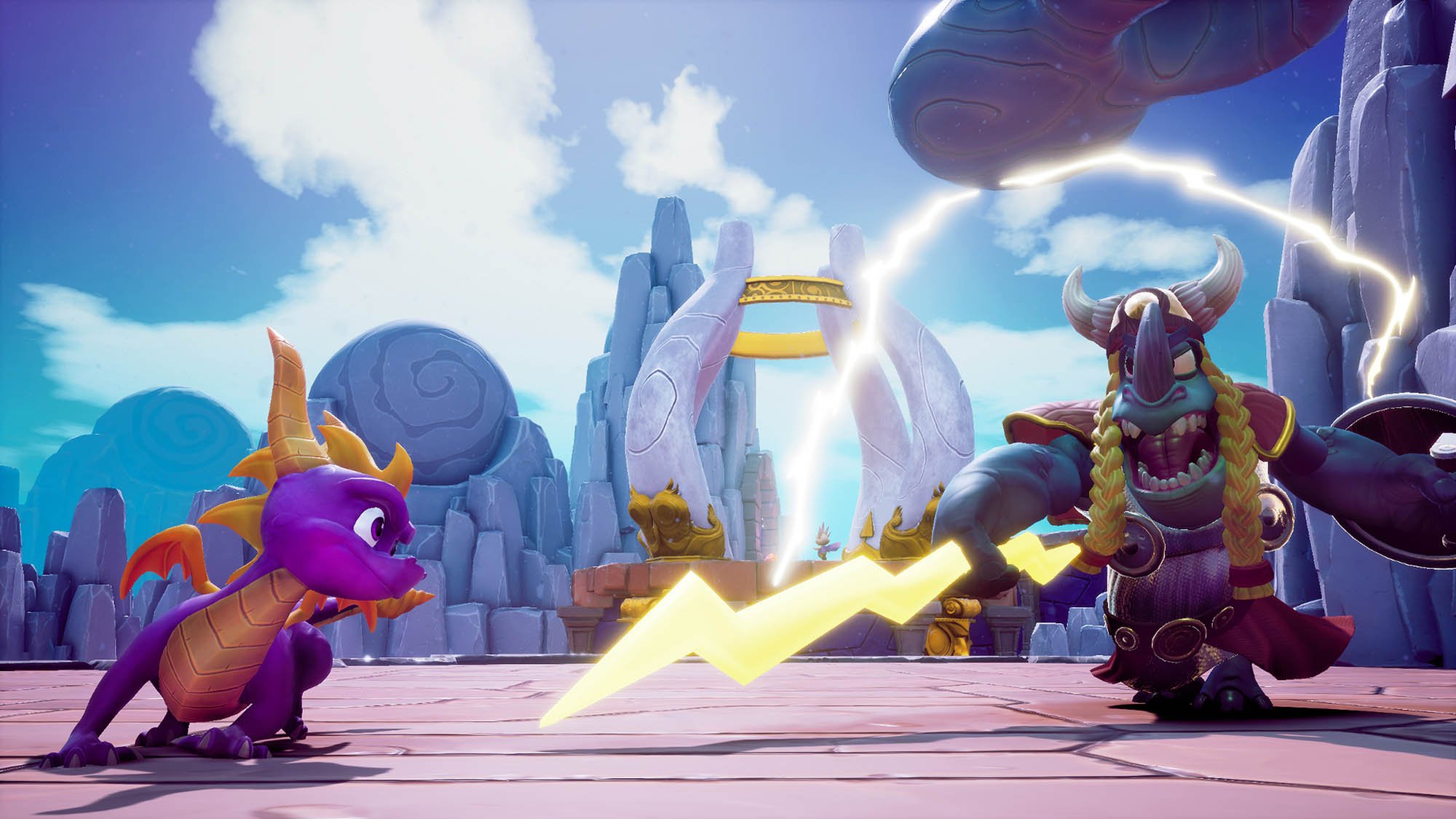 One of Sony Interactive Entertainment’s signature mascots was born anew with the release of 2017’s Crash Bandicoot N.Sane Trilogy. Given the success of that release, it’s unsurprising that publisher Activision would once again go back to the well, this time recruiting developer Toys for Bob to give Spyro the Dragon the remaster treatment in celebration of the Spyro series’s 20th anniversary. The result is Spyro Reignited Trilogy, which collects Spyro the Dragon, Spyro 2: Ripto’s Rage!, and Spyro: Year of the Dragon. It’s a visually rich release that’s bound to appeal to new and veteran players, but it’s also one of the shallowest remasters this console generation has seen thus far.

Toys for Bob has done a fine job of refining game’s visuals. Spyro, for one, has never looked this good, and all of his facial expressions are animated with such care that it’s no wonder Sony pushed him as a mascot. He’s so cute you almost want to squeeze him—that is, until he spurts fire. Also reignited and retextured are the series’s ancient polygons. The trilogy, with all its perfectly focused camera angles and overexposed color saturation, now looks like it belongs in a catalog of early-aughts DreamWorks Animation films.

Despite the trilogy’s inconsistent frame rate, everything in each game glistens and sparkles, from the crystal-clear water to shrubbery so finely detailed that players will be able to point out the individual blades. And thanks to the enhanced visuals, rapid movements, like the flapping of Sparx the dragonfly’s wings and the rush of waterfalls, look more convincing than ever.

Would that the series’s control flaws had been reimagined in the process. Then and now, the games’ camera movement gets stuck when players navigate Spyro through small areas. The series protagonist continues to feel slippery when charging through levels, and flying and swimming are still awkward to execute, given the always inverted control scheme, where up is down and down is up. It feels exactly as players remember, which could be for game preservation’s sake, but the choice ignores all the advancements made in the 3D platforming genre ever since the release of the first game way back in 1998. In fact, precision platforming within these games is a hassle considering how floaty Spyro is, so good luck landing and staying on that nearby ledge.

Once players jump into each individual game and indulge their nostalgia, they’ll come to realize that Spyro 2: Ripto’s Rage! and Spyro: Year of the Dragon are mere reskins of Spyro the Dragon. Throughout the games, the narrative gradually becomes more complex and a few new characters are introduced and some new moves are unlocked, but all three games function the same. Players collect talismans in Spyro 2: Ripto’s Rage! instead of dragons, then move on to collecting dragon eggs in Spyro: Year of the Dragon. Every game is exclusively about collecting something—with a few boss battles here and there that play out the same—in what looks to be the same world, and across all three titles, you’ll listen to what sounds like the same soundtrack and fight ad nauseam the same reskinned enemies.

It’s easy to imagine the result of a project that had exclusively set out to radically reimagine the first entry in the Spryo series. But the order of the day here was to chase nostalgia. Fans of the series will no doubt be pleased to behold the new coat of paint these games have received, but these remasters only call attention to the rudimentary and redundant nature of this series’s gameplay. In the end, it doesn’t matter what moves you unlock throughout these games or how many new characters you encounter because few truly innovative twists are offered to the series’s gameplay loop.