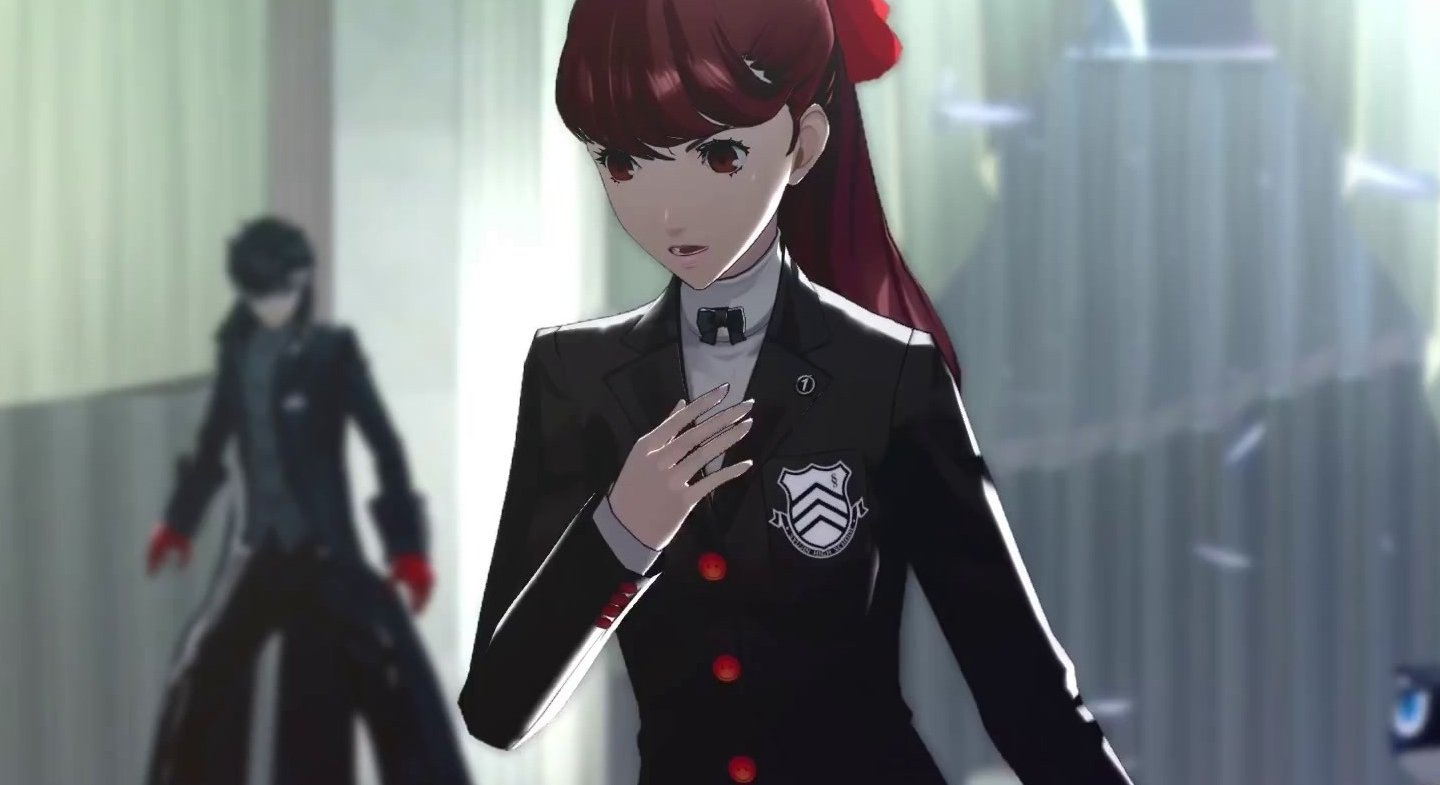 Given everything that’s happened in the world since the release of Persona 5 in 2017, it’s not exactly a surprise that the game comes across a lot differently today. What is surprising is just how much Persona 5 Royal seems to lean into that fact, speaking in specific and effective ways to the sheer exhaustion of living in perpetual strife, even while delivering the catharsis of standing together against turmoil, even surviving it.

This is a game about the abuse of power, where every major villain represents a facet of society that’s turned poisonous, from art plagiarists to abusive educators to corrupt law enforcement. It’s up to the protagonist, Joker, and his band of merry high school outcasts to fight the good fight from the inside, magically whisking themselves into the collective unconscious by disguising themselves as badass, leather-clad avengers called the Phantom Thieves. And their goal is to literally tear down the palaces of conglomerate evil and greed that the story’s social monsters have built for themselves in their minds. It isn’t hyperbole to say that that’s about as joyous and cathartic a concept for a game as we’re going to get in 2020, especially given the gaming industry’s worsening allergy to political stances in high-profile titles such as this one.

The most powerful aspect of Royal is its propensity for self-reflection. There are new reminders that our heroes, while brave and outspoken, are still ultimately teenagers dealing with quite a bit of physical and emotional pain when they’re not performing mind heists. The most significant new character here is a student counselor/therapist named Maruki, and in order to explore the psychological effects of fighting the good fight, the Phantom Thieves have their therapy sessions with him in the game’s reality. These sessions are poignant and melancholic in their own right, but it’s all set up for a protracted endgame that recategorizes the sadness and exhaustion and extended periods of hopelessness these kids feel as genuine trauma. Persona 5 is still a game about the bravery it takes to live life in the face of pervasive injustice, but the new narrative content here is far more candid about the price of it all.

That sort of pensive messaging might suggest that Royal tends toward the relentlessly dour, but the game does the smart work of reinforcing the love and friendship that sustains Joker and his chosen family across a campaign that stretches into the 100-plus-hour range. Some of the changes are just simple and very welcome quality-of-life improvements designed to let our heroes stick it out in the game’s immense dungeons for much longer during each in-game day before running out of stamina and needing to retreat to the real world. Others, though, address major flaws, such as the way cat-shaped companion Morgana forces Joker to go to bed in Persona 5 after a busy day except after major bosses. Royal is far more permissive in that regard, as nights are now at your disposal. That leaves so much more opportunity to get out on the town, work jobs, hang out with confidants, and generally live a fuller life than in the original game. Even on nights when Morgana keeps you inside, you’re still able to do activities at home like working out, making lockpicks, watching DVDs, and cleaning.

Predominantly, this new version of the game is hitting the same story beats as before. No, Atlus hasn’t pulled a Final Fantasy XV and altered the famously aggravating last two palaces, but the developer has still chosen its battles well, improving and expanding that story in places where it would feel impactful. There are new music tracks scattered through the game during major events, dazzling new playable neighborhoods and hangout spots to see, completely reworked puzzles and quiz questions you’ll need to answer at school, and extended conversations you’ll have with friends after getting home at the end of the day.

All the ways in which the Metaverse—the alternate world the Phantom Thieves operate in—distorts and perverts that world are easier to appreciate now, especially with each boss having a new phase that hearkens much stronger to their actions in the real world. Conversely, effectively combating those villains is much more dependent on how strong a relationship you create with your allies outside the main plot. Elements of that are present in the original, but Royal rewards those relationships far more readily and organically. Going out to play darts with your friends and winning as a team, for example, grants new, additional perks to the Baton Pass system in Palaces, where giving up a turn to your companions restores HP/SP and boosts attack strength, and letting each member of your party have a turn means the last person can use abilities at no SP cost. How much of a boost you get is totally dependent on how good your relationship with each character is in the game’s real world.

The cardinal sin of the first iteration of Persona 5 is how its narrative is so disconnected from the game’s social aspects and combat. Forging friendships often feels at odds with the more traditional turn-based RPG mechanics, and even though the game makes motions toward that synchronicity, it too often takes control of the player’s time, putting the narrative on rails in ways that no healthy relationship that you create in-game should allow. Sure, you’re free to create relationships, and the game provides you with the personal breakthroughs that make every fantastical element more personal and intimate, but only on its schedule.

That, though, is no longer the case. At every turn in Royal, you’re only as good as your support system—the protagonist’s friends, his family, his teachers, and the adults who take the time to care about his well-being—and you’re encouraged to do everything possible to build it before taking on the world. For such a long game, that encouragement makes for an even more vital and of-the-moment experience than ever. If 2020 is indeed the year where it finally sinks in that we can’t rely on the adults in the room to hold societies together, we’ve never been more in need of a fantastical experience where you can stand up against all the world’s problems, with the best friends anyone could ask for right by your side.

The game was reviewed using a review code provided by Sega.

Review: Doom Eternal Is a World-Class Shooter with an Uneven Story

Review: Ori and the Will of the Wisps Shines a Bright Light on Platforming