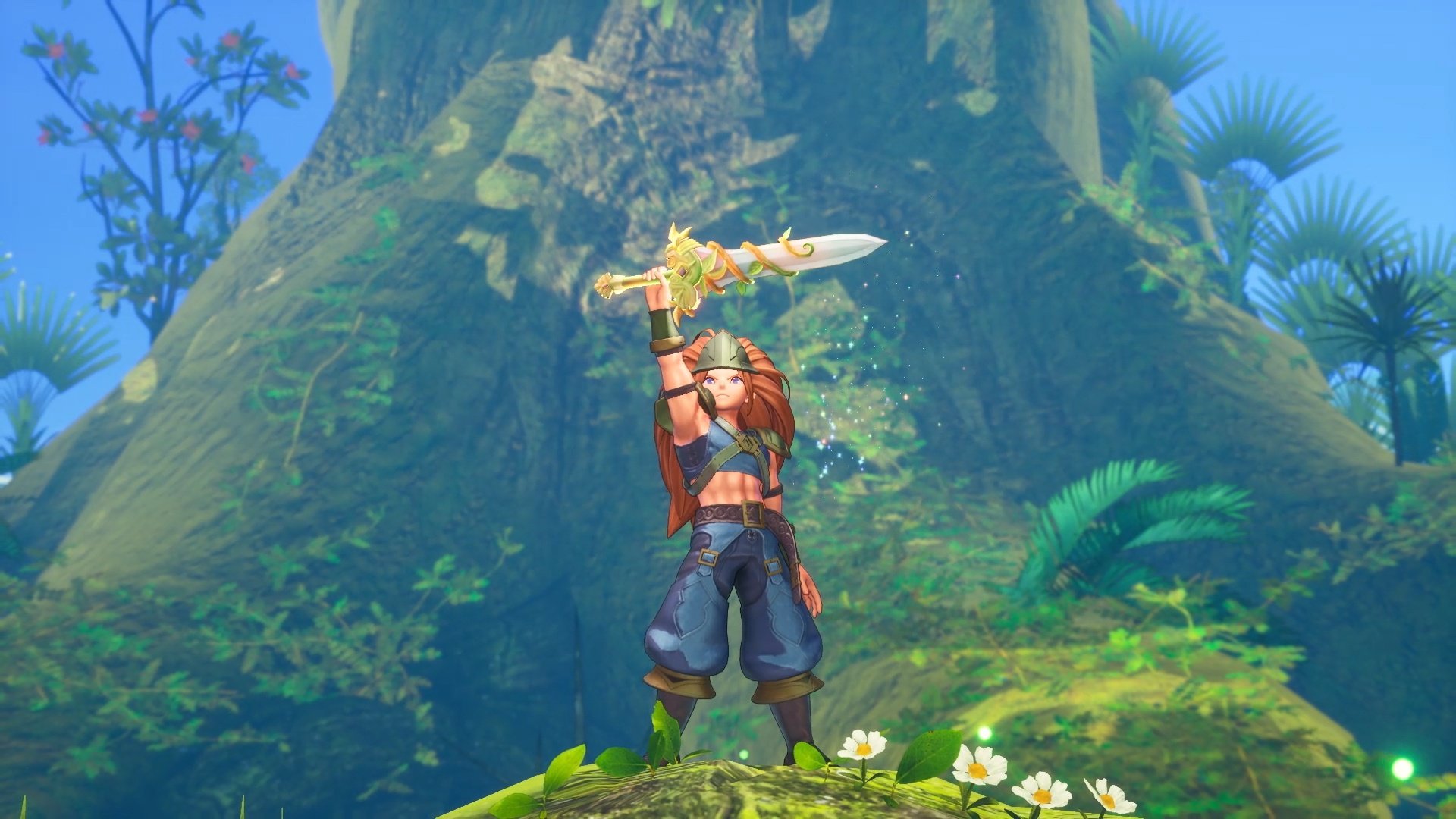 The original Trials of Mana, released only in Japan as Seiken Densetsu 3, may have been a revelation way back in 1995, and in spite of its underdeveloped villains and trope-laden plot, but no amount of polish can change the fact that the remake feels stubbornly stuck in the past. With Square-Enix’s other April release, Final Fantasy VII Remake, you could see the love and care that went into not just recreating but reevaluating and deepening a classic. By contrast, this remake of Trials of Mana, which was re-released in its original Super Nintendo format as part of last year’s Collection of Mana, is all surface.

The facile nature of this remake is most apparent in the way it sticks to its original structure: You can pick only three of six protagonists at the start, which means that if you want to experience the others, or hear different dialogue combinations, you’ll need to replay an already repetitious game. Actually, you’d have to play through three separate times, as there’s a unique antagonist for each pair of heroes. Choose either Hawkeye, the spry dagger-wielding rogue from the desert thievedom of Nevarl, or Riesz, the tough spear-swinging amazon from the Wind Kingdom of Laurent, and you’ll go up against the Dark Majesty.

The other two evil factions are anticlimactically written out almost entirely off camera around the halfway point, making the whole thing feel rather meaningless. That this narrative is retained, without any embellishments to make each path feel more substantive, is profoundly frustrating, especially when you consider something like 2019’s Resident Evil 2 remake, which successfully differentiated between each protagonist’s overlapping playthrough.

The old Trials of Mana boasted richly textured pixel art and lighting that helped to set it apart from other video games of its era. Now it’s been given a cartoonish 3D makeover that somehow comes across as a flatter, more generic take on the cell-shaded anime adopted by such titles as Ni No Kuni and Dragon Quest, not to mention other Tales entries. The original game’s cast of characters already lacked personality, and the new visual redesign is most successful at bringing that deficiency into sharper relief. It’s an unnecessary makeover designed to brand the game as “new,” which only more starkly calls the old-school conventions into question, especially with key features like co-op play being stripped out of the remake.

That said, the revised combat is competent enough, and the characters boast varied fighting styles, from Hawkeye being able to nimbly leap between foes so as to exploit critical back attacks, to Angela unleashing massive area-of-effect spells from afar, to Kevin shifting into his lycanthropic form in order to literally go full beast-mode on enemies. It’s just a shame that big, splashy class strikes are what the game’s developers lavished the most attention on. Instead of improving the fundamental Trials of Mana experience, the remake just tacks on a moderately challenging but equally underwritten post-game scenario that opens up additional tiers of the core game’s class system, giving each hero a total of nine potential roles.

Would that the dungeons had received similar attention. These are still brief and samey regions that—occasional hazards like momentum-sapping sands or slippery frozen surfaces aside—serve almost exclusively as combat arenas. And the 3D rendering, again, only works to remind one of just how lacking it all feels. At the very least, the remake could have inserted a few new cutscenes to better fill in the motivations of villainous cyphers like the Dragon Lord, who wants to absorb the Mana Tree’s power because, I guess, that’s what bad guys do?

The game is at its best when pitting players against massive, colorful bosses, like pumpkin god Mispolm, who lashes out with scowling gourd-headed vine arms, or ghost ship captain Gova, who swims beneath the surface of his vessel’s wooden deck, popping up to unleash dark matter at you. But you’ll spend the majority of Trials of Mana going up against the same cutesy enemies, particularly in its repetitive, backtrack-heavy second half, where it’s not unusual to face room after room of wide-eyed baby dragons of various elemental types. The whimsy of these creatures with their punny names—the glittering Gold Bulette, the smiling pink Prime Slime, the half-hatched Eggatrice, the adorable Petite Poseidon—quickly dulls from repetition. That’s Trials of Mana in a nutshell: endearing, but not for long.