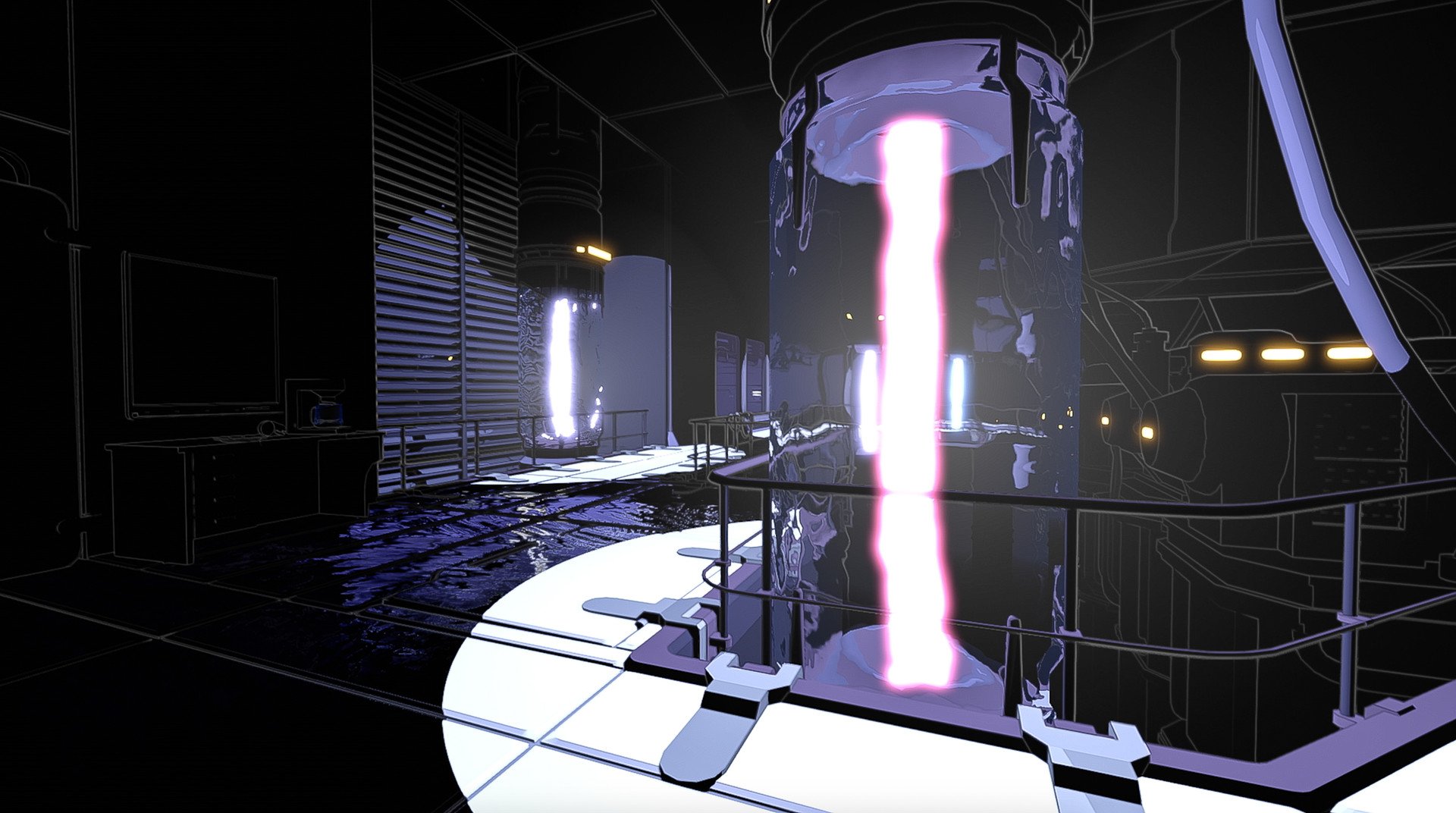 At the start of the first-person puzzler Lightmatter, within the mined-out heart of a mountain, an arrogant scientist, Virgil, is experimenting with ways in which to efficiently turn light into an energy source. Things inevitably go wrong, and soon your blank slate of a protagonist is stranded in the depths of the mountain, trying to follow Virgil’s caustic directions in order to safely evacuate a facility overrun with killer shadows. It’s a concept that turns everyday objects, from an overhead ceiling fan to a conveyor belt, into deadly platforming challenges, as the shadows they cast must be avoided at all costs.

At one point, Virgil directly compares this situation to the classic childhood game “The Floor Is Lava.” It’s a too-winking nod that calls attention to the carefully constructed nature of Lightmatter’s puzzles, which are better encountered as a naturally occurring part of a given area’s background, like the way in which a cubicle farm’s haphazard arrangement of desks and chairs damningly form a river of shadows that must somehow be forded. In such moments, the game hews closer to The Witness than Portal, in that the puzzles feel like natural extensions of the environment as opposed to artificially engineered test chambers.

The correct paths through Lightmatter’s once-generic office and cavern areas are deliberately engineered to have a single, tricky solution. But the game generally does well to distract the player from this contrived construction, wherein the path to the exit is always blocked by a broken light source but the moveable klieg lights and beam-reflecting photon connectors you’ll use to literally shine some light on the problem are always conveniently within reach.

It’s not until the last third of the game that the puzzles become jarringly conspicuous in their design. Until this point, the various contraptions found within the facility—like conveyors and light-activated switches—have a practical purpose, whether that’s for transporting quarried rocks or for testing and containing the lightmatter. Only a few of these machines felt like they served no purpose other than creating a puzzle, like an elevator that doesn’t normally travel between floors, requiring instead that you send it back to the first floor so that you can ride atop it to the third. In these final experimental labs, though, the rooms give themselves over to needless brain-teaser padding, as they serve no purpose beyond stymying players.

On a visual level, the developers at Tunnel Vision Games have done a fine job of translating the complexities of lighting into a puzzle mechanism. Going with a clean, cel-shaded look, as opposed to a more photorealistic aesthetic, ensures that the spotlight effects operate predictably in each environment, just as the game’s muted palette makes it easier to distinguish between objects. Perhaps taking a cue from Mirror’s Edge, the rare splashes of color—green plants, orange machinery sparks, red warning lights—help make even clearer what can be interacted with. And, incidentally, this streamlined aesthetic doesn’t lead to dumbed-down puzzles, as the complexity of each area stems from clever design as opposed to an excessive number of obstacles or a misleading series of visual cues.

Would that the game’s mad-scientist-run-amok storyline weren’t so derivative. There’s not a single transmission from Virgil that doesn’t bring the comically sociopathic ribbing of Portal’s GLaDOS to mind. (There’s even a reference to Aperture Laboratory and its cake.) Those lines can do little else, because Virgil is ultimately as much of a cypher as your own “persistent, replaceable, and silent” player character, whom Virgil identifies as a tourist, a safety inspector, a journalist, and, finally, a spy, as if trying to establish what the developers won’t.

This is a game that tasks you with trying to escape the facility in one moment, then with helping to shut it down in the next. And because your motivations are so ill-defined, it’s impossible not to see your character as anything but a vehicle for solving puzzles, ensuring that Lightmatter is unable to step out of the silhouette of its most brilliant predecessor. And that’s a damning thing for a game that’s all about deadly shadows.

The game was reviewed using a review code provided by Zebra Partners.

Review: SELF Nightmarishly Grapples with Our Vanishing Sense of Self