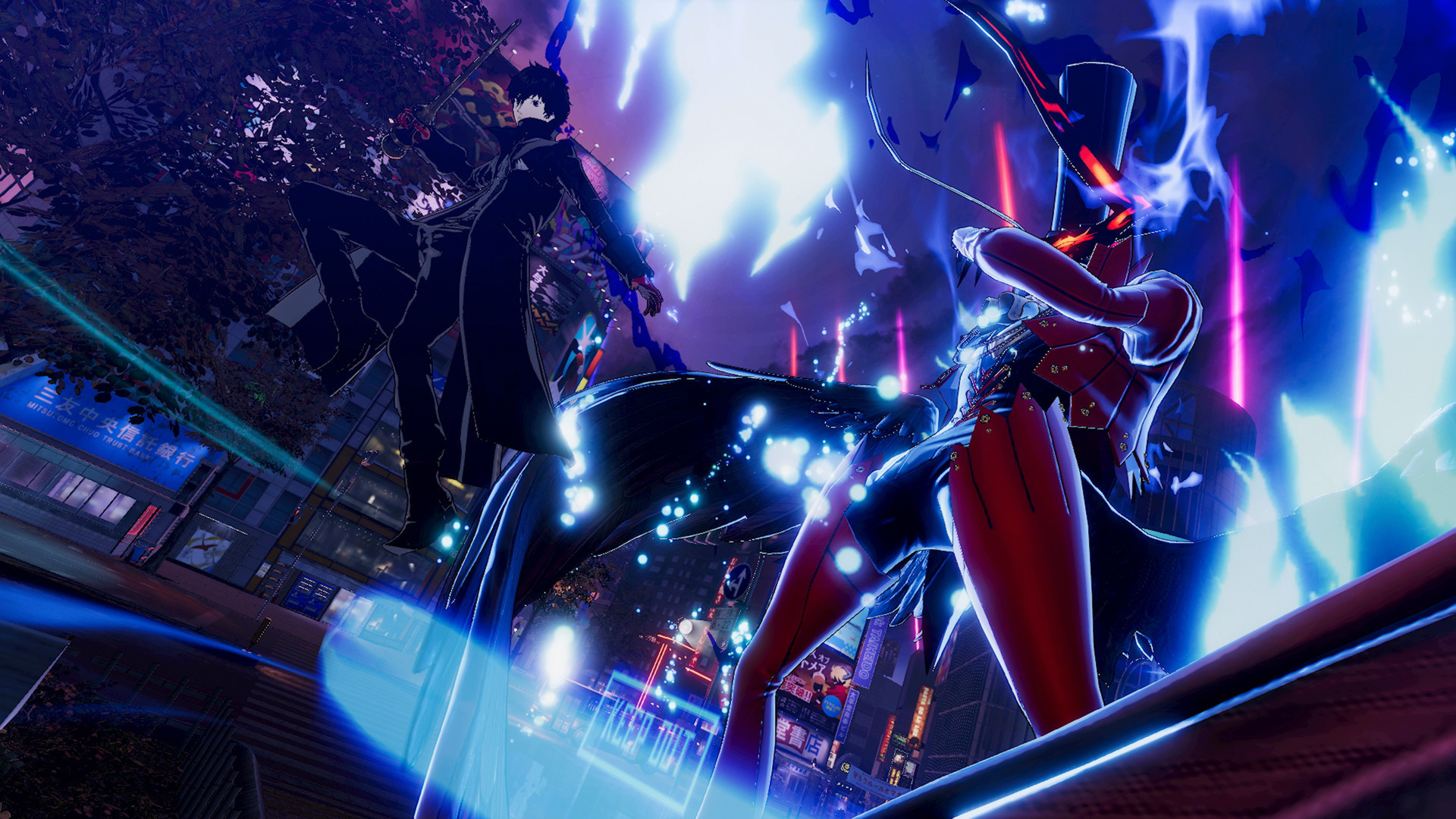 The opening hours of Persona 5 Strikers feel like a family reunion. The series’s tightlipped protagonist, Joker, returns to the Leblanc coffee shop and to all his favorite people, the Phantom Thieves, a tiny bit older, a tiny bit wiser, and with an entire golden summer ahead. Regardless of whether or not you see the light at the end of the pandemic tunnel, it’s going to hit you hard to see these friends together and know that the world is open to them, but this one scene would be meaningless if the remainder of the game didn’t sustain the stellar character development and world building previously established by Persona 5.

That success wasn’t expected, considering that Strikers is, on paper, another familiar Omega Force musou game—not exactly the gold standard when it comes to storytelling. But in action, this is a glorious outlier in the arena of games that take more than a few pages from the Dynasty Warriors playbook, as this isn’t a Dynasty Warriors game with Persona 5 characters, but a full-fledged Persona 5 sequel whose combat system just happens to bear a mild resemblance to that of a Dynasty Warriors hack-and-slash-athon.

For that reason, Strikers is also slightly less accessible than other musou games. Having played Persona 5 all the way through is a necessity going in, in ways that reading Romance of the Three Kingdoms or playing Breath of the Wild isn’t necessary before taking on, respectively, Dynasty Warriors or Hyrule Warriors. Strikers takes place six months after the original ending to Persona 5 (aside from Showtime attacks, there’s a dearth of callbacks to Persona 5 Royal), and many of the rules of combat—in terms of how collecting and leveling up Personas, magic, weaknesses, technical hits, and stealth work—are virtually unchanged. The difference is having to execute all of this in real time, against legions of cannon-fodder Shadows, and dozens of tiny smart decisions have been made to not only make facing those hordes feel fast, fluid, and gratifying, but to ensure that each Phantom Thief is distinctly unique in their own way.

While prepping to hit the road to enjoy an idyllic summer, the gang hits a few supernatural roadblocks, discovering a wave of incidents in which seemingly normal folks are upending their entire lives in service of certain cults of personality: a pop idol, a famous manga creator, a city’s beloved mayor, among other influencers. The Metaverse—the psychedelic nightmare world ostensibly demolished at the end of Persona 5—looms large again over our heroes, not just playing host to each influencer’s warped psychedelic prison, where each has crowned themselves Monarch, but to the crystallized stolen hearts of everyone under their thrall. The only clear connection between the Monarchs has to do with the release of EMMA, a new virtual assistant/social networking tool run by a shady new tech company.

In case you thought that Atlus would follow in the footsteps of other developers wanting to make clear that they’re not intent on making political statements, rest assured that Strikers exudes the same mean, anti-authoritarian streak as Persona 5. It’s upfront about it, starting with its fundamental contempt for police, personified by Zenkichi, who helps the Thieves along the way but never fully earns their trust, and for good reason: He’s a snake playing both sides, planning right from the start to find an excuse to take the Thieves down.

There’s a slightly different mood, though, to the rebellion at the heart of Strikers, as the story takes its time to not so much hate the players but hate the game. The villains this time around are still twisted manifestations of cardinal sins, but we’re consistently shown the engine behind their evil, and the root of it all largely comes down to a few detestable old men. The payoff is enormously rewarding, especially as it homes in on EMMA’s creators—glad-handing caricatures of Steve Jobs, Mark Zuckerberg, Jack Dorsey, and any number of nameless hedge fund types and private equity stooges who are selling humanity as their product. The only real issue with the game arises when it shifts focus away from that allegory in the final act, the game stretching on two dungeons too long to say what it needs to say. You feel that a little more given how much shorter Strikers is compared to Persona 5.

Mind you, “shorter” is a relative term here. Strikers easily stretches into the 60-hour range. However, the half of the game that you don’t spend in the Metaverse strikes a nice balance between high- and low-stakes thrills. The cases popping up all over Japan give the Thieves the perfect opportunity to turn business into pleasure, road-tripping all over the country, taking in sights, sounds, and ever so much incredible-sounding food. More importantly, the company is wonderful, especially given how much the Thieves have grown up as people since Persona 5, approaching the world with an eye for the future and without regret.

The game’s other half does involve slipping into the Metaverse to steal hearts and slay anything that stands in the Thieves’s way, but it’s a rather nicely streamlined experience compared to Persona 5. The ticking-clock mechanics are gone, meaning you can dip in and out of the Metaverse at any time to rest up, buy provisions, and upgrade weapons all in the same in-game calendar day. The gameplay loop is designed to allow all the time you want to explore either world at your leisure. The price, though, is that the slightly truncated experience doesn’t leave a whole lot of room for building new relationships, or jobs, or seeing movies, or any of the other random activities that are the mainstays of the Persona series.

And yet, it’s easy to forget just how much all of that started to feel like work in the original version of Persona 5, especially the longer that its campaign stretched on. Despite all the fighting you will do here, and despite all the room that the developers have made for sociopolitical theater, Strikers is still a well-earned vacation for our heroes, an emphatic, energetic punctuation mark to a much larger experience. The newfound real-time chaos of its combat is just one more avenue granting these kids the ability to revel in their freedom, in a way that not a lot of real-life kids—or adults, really—can at this moment in time.