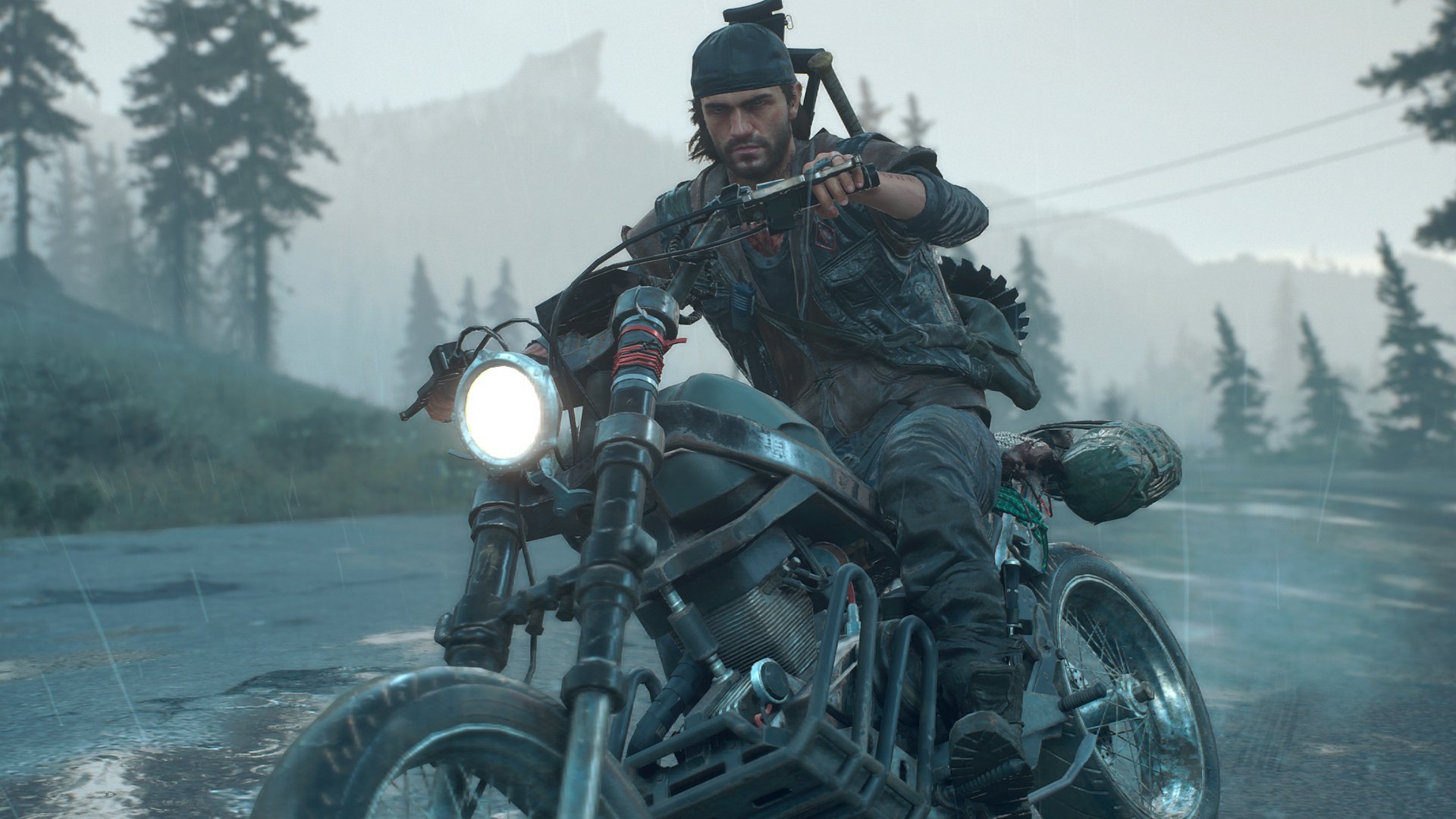 The second big zombie game of the year, Days Gone, is also the total inverse of the first, Resident Evil 2. Its zombies don’t shamble, and its resources aren’t doled out in a tense drip feed while you creep between cramped rooms and corridors. In Days Gone, the zombies run—namely, in vast hordes across the vast wilderness of a post-apocalyptic Oregonian open world that you navigate by foot and motorcycle. Enough time has passed to foster new societies yet not enough to uproot memories of the fall. Where Capcom’s game relied on understated linearity, the latest from developer SIE Bend Studio opts for excess, in the process clarifying the worst parts of our fascination with the sandbox fantasy.

Days Gone is, in every possible sense, a capital-M modern video game. Its world is littered with crafting materials and tasks to complete, which feed the player experience points to unlock parts of a skill tree. As you progress through the game and build up trust in different wilderness encampments, you gain access to more weapons, more skills, more parts for your motorcycle. Days Gone replicates the excruciatingly basic stealth elements of so many other games, where violent takedowns are easy and throwing distraction objects is key. You’re totally invisible if you duck into any of the conveniently placed bushes, which comes in handy when capturing outposts full of non-zombie marauders. The cruel, cliché-riddled story is of little consequence, perhaps best summarized by the fact that the game’s (initially) bearded protagonist, Deacon St. John, has the name of the woman he’s mourning tattooed on his neck. He wears a backward baseball cap and is meant to be a serious character.

Very little in Days Gone stands up to close scrutiny. Something like the crafting at first seems like a natural function of post-apocalyptic survivalist fantasy, yet the system imparts no desperation or need for resource management because every location practically leaks crafting materials out the ears. Carrying capacity is so low (and the increase for it so far down the skill tree) that there’s hardly any point to scavenging, because upgrades are only found at the checkpoints specifically marked on the map. Missions may task you with shooting and stealthing your way through zombies or humans amid various arrangements of chest-high walls, yet there’s no need to prepare; the item wheel slows the action of these encounters to an accommodating crawl, allowing you to quickly and comfortably craft anything on the spot. It’s no problem at all to repair a weapon or cobble together a Molotov cocktail while fleeing a flesh-eating horde of zombies, which, in the regrettable parlance of this new world, are referred to exclusively as “freaks” and “freakers.” A heavily zombie-infested area is called a “freakshow,” and the land outside safe encampments is called “the shit.”

Likewise, the game contrives a reason for Deacon to start over from scratch when upgrading his motorcycle but offers no explanation for why this expert survivalist has accumulated just about no weapons whatsoever in his personal gated outpost, or why his skill tree is full of things like basic shooting accuracy when he’s ostensibly been killing zombies for years. Why must he seek out gasoline so often when it’s found lying around everywhere in containers, as one of the many red objects you can shoot to blow up? “You know, we’re gonna run out of this someday,” one character alleges when you buy gas, though it’s certainly not any time soon.

The various systems of Days Gone aren’t in service to a coherent whole so much as the vague idea of an open-world video game, where everything is arbitrarily gated off as an Unlockable simply to impart a sense of progress. Of getting better. Of winning. This is world where a young girl character exists only to suffer and, in the process, affirm Deacon’s humanity—a world where there are droves of self-mutilating human cultists who are okay to slaughter because they’re “lunatics” high on PCP. You can permanently clear camps of marauders and burn zombie nests to make the map safer because this dour, violent post-apocalypse is built to be conveniently managed and maintained by the player’s hand.

These inconsistencies lay Days Gone bare as a vapid content treadmill, an “immersive” fantasy nevertheless carefully modulated to accommodate the player’s thirst for dominance. Many of the systems seem included mostly just because they’re expected of an open-world game, if not to weave the absolute thinnest of illusions that this is a hard, unforgiving existence. The game provides some pushback through enemies and resource management but not so much of it that the player might actually feel anything beyond all-encompassing authority in the shoes of the cool, tatted-up, backward-baseball-capped bikerman; running low on materials only ever requires a momentary search of your surroundings.

Even character moments are set aside as designated content. If you visit a man on his sickbed when you’re not on a mission that specifically takes you to him, you can’t interact with him at all beyond picking up whatever he’s crafted in his spare time and left in the box by the door; you visit him at your convenience, to pick up items for your trouble.

Of course, enough time, enough money, and above all enough effort has been poured into Days Gone so that it looks nice and, once you’ve upgraded beyond the absurd limitations that pad the early game, it controls okay. The game meets the baseline level of quality we might expect from a big-budgeted joint, yet it remains a tiresome, empty experience. Even the outlandishly long Red Dead Redemption 2 felt like its occasionally cumbersome elements were meant to be in service of something, regardless of how successful that game ended up being.

Days Gone is the apotheosis of the more-is-more philosophy: more bars to fill, more gates to progress, more hours of playtime, more zombies per square inch because “more” is supposed to fill the hole where some semblance of meaning ought to be, bridging the gap between one mind-numbing mission template and the next. It’s the purest example yet of the video game as mere content to be consumed, down to the very fact that each storyline you’re supposed to be emotionally invested in is marked with a completion percentage. Days Gone is a void.

This game was reviewed using a download code provided by Sony Interactive Entertainment.

Review: Mortal Kombat 11 Is Well-Executed, But It’s a Hell of a Grind