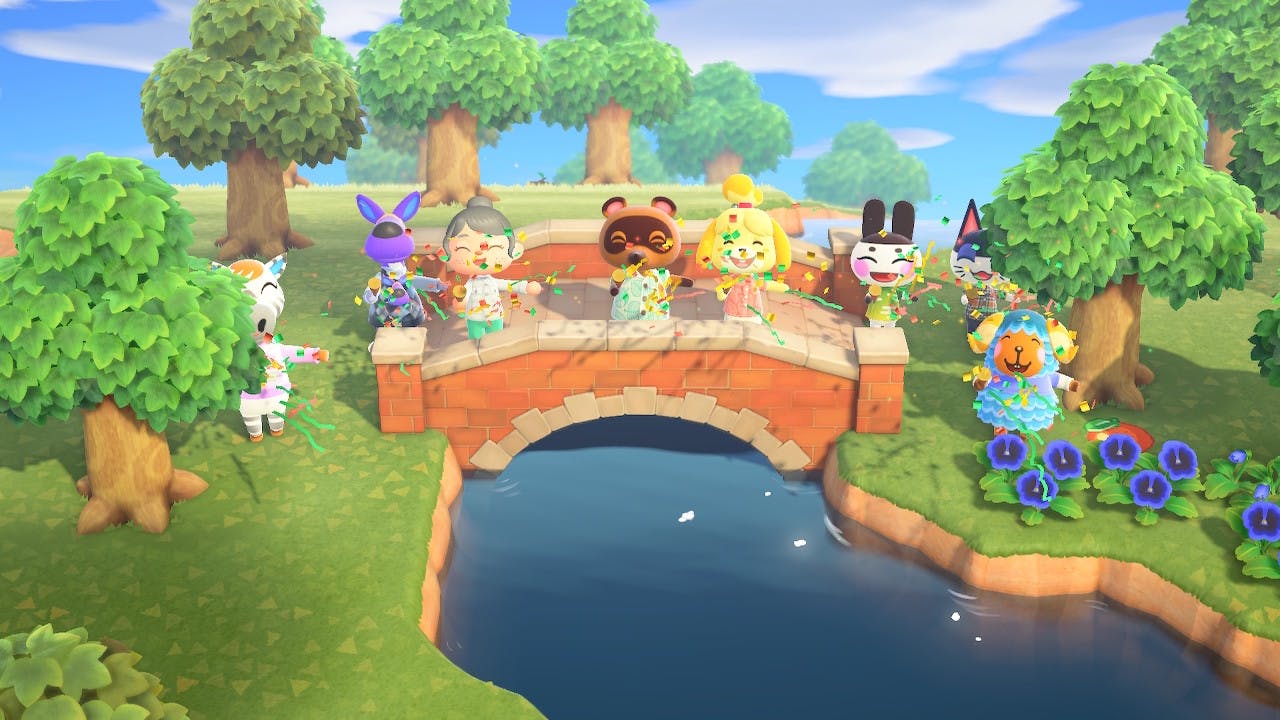 House. Museum. Town hall. General store. In previous Animal Crossing games, these establishments are already in place when your character arrives on the scene. Players enter a space constructed before their arrival, the lone human going off to live a calm, idyllic country life among a community of anthropomorphic animal neighbors. Which makes Animal Crossing: New Horizons instantly notable for shipping your character, alongside racoon entrepreneur Tom Nook and a few other animal cohorts, to a deserted island, where the layout and design are ultimately up to you and your imagination.

The prior game in the series, New Leaf, gave you the office of mayor, but such a title pales in comparison to that of “resident representative.” The island you’ll call home here is practically a blank slate: Neighbors ask where you think they should pitch their tents, and there’s no museum until you donate enough specimens to designate the island as a place of interest and choose where the building goes. Later, when there are bridges across the rivers and inclines leading up into the cliffs, it’s because you paid to put them there.

Animal Crossing has always entrusted players with a unique amount of power among the townsfolk: Though your animal neighbors have their own opinions and interests, only players alone can make bigger decisions like donate to the museum or cut down trees. But in spite of that division, the series has always taken great care to emphasize its beautiful illusion of community rather than give way to some individualistic fantasy. It thrives on getting you to consider its larger context, the idea that you belong to this greater whole and any changes will benefit that whole as much as the individual. Through minutes that pass by in real time and activities that change based on month or time of day, the games cultivate a sort of relationship between players and the virtual space they eventually inhabit. We come to know its layout and its occupants, moving around the place and helping to maintain it rather than cutting some chaotic swath through the middle. Especially in video games, such consideration of the world around you is too often a foreign concept.

By consolidating so much power in the hands of an individual player, New Horizons threatens to upend the Animal Crossing vision of community living. Initially, though, this game’s emphasis on building a hometown from scratch meshes surprisingly well with the franchise’s uniquely relaxed pace. Though the new customization options—including a robust interior decorating menu and the ability to place items outdoors around the island, essentially creating parks and playgrounds at will—represent some of the most seismic changes to the series in nearly 20 years, the tweaks you make to the island feel as consequential as ever because the game still imposes limitations. The store still only sells a certain number of items per day, at certain hours. Some of the furniture must be built from scratch using the new crafting system, which depends on tool durability and the availability of resources. These are the boundaries you have to respect, and the solitary chair you might set out on the beach truly seems to mean something, especially early in the game.

You put in the work without losing sight of others’ needs; you’re supposed to interact with the animals and keep the whole place looking nice because it’s what they want too. The process of building a town remains incremental, even tedious in spots, and that’s important for balancing the new suite of options available to the player, for ensuring the little things still matter. You work at this slower pace to do one thing rather than pump the world for loot and resources as quickly and myopically as possible. Small UI quirks appear tuned to discourage really putting your nose to the grindstone, as in how the game prevents you from crafting items in bulk. Even the helpful Nook Miles system, which more directly guides players to tasks via currency rewards, isn’t conducive to sorting and hides many of the tasks until you already perform them independently. 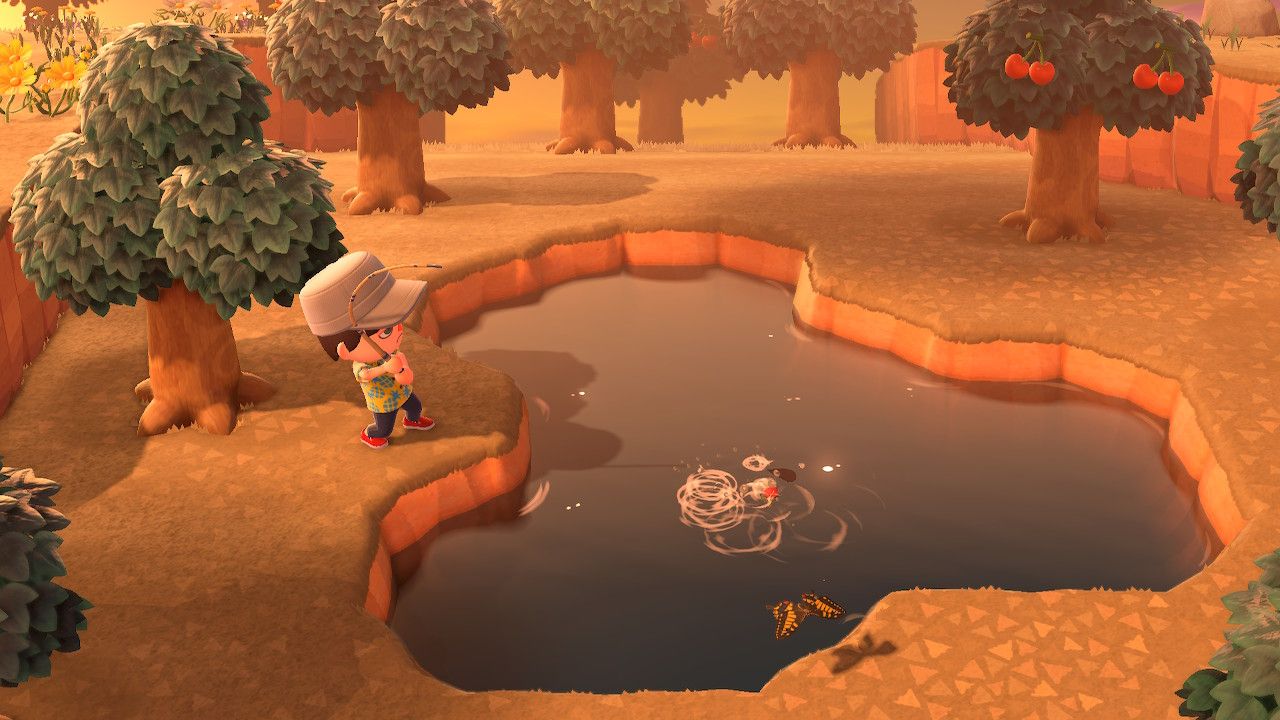 But regardless of how much players are encouraged to pace themselves, the more task-oriented nature of the game wins out. Resource requirements can be steep, particularly for one early effort involving crafting a ton of furniture to populate three prospective homes. While it’s possible to gradually accumulate the necessary materials for such an extensive job, the game nudges you to consider another option: randomly generated islands that are all but created for the express purpose of being razed to quickly get more wood and iron.

New Horizons isn’t oblivious to these destructive overtones, even poking fun at them with how a dodo pilot remarks that “no one has to know” what you do to the random, conspicuously nameless islands. But the generally pleasant atmosphere keeps any real sleaziness at bay, making such moments more like small cracks in a carefully cultivated façade. Your actions have no real consequences: The pillaged islands disappear forever once you leave, after all, while the default axe will even get you wood from trees without the ugliness of actually cutting them down. And if you do fully cut something down, there’s no reason to worry; entire trees can be dug up and transplanted elsewhere, without the trouble of waiting for a tiny sapling to grow. No matter what you do, you encounter few problems or pushback, few obstacles to basking in Animal Crossing’s characteristically endearing dialogue and atmosphere. It’s all out of sight and out of mind.

But the cracks add up, allowing an ugly reality to seep into an otherwise friendly fantasy. The game inadvertently becomes about the cost and upkeep of civilization, about what actions we’re willing to turn a blind eye toward just as long as things keep running smoothly. And through that solipsistic lens, even the most innocuous actions begin to look less like the incidental elements of a simulated life and more plainly transactional. Rather than simply showing up on Saturdays as a wandering musician like in prior entries, guitar-playing dog K.K. Slider first visits the island explicitly in recognition of your efforts for sprucing the place up; he’s something to be acquired, a goal to work for at the behest of Tom Nook. Castaway bird Gulliver repeatedly demands an exchange of labor: Bring him five communicator parts buried in the sand. When animals have just one briefer-than-usual dialogue snippet the very first time you speak to them in a day, is that to slightly hasten your progress toward the eventual Nook Miles reward for speaking to multiple animals?

Eventually, you get game-changing terrain tools to freely remap the cliffs and the water, and at that point the only thing holding your island together is any attachment you’ve fostered with the way things have looked for the many prior hours of play. And maybe we choose to keep things the way they are, despite the power to reshape and remake however we please. Enough of Animal Crossing: New Horizons is still measured and thoughtful enough to foster those connections that make the series so refreshing and vital. But it also feels tainted, with its world so much more blatantly at your mercy. Rather than a newcomer to a simulated community that was there before you, you’re now the god of the sandbox.

The game was reviewed using a review code provided by Golin.

Review: In Other Waters Is an Immersive, If Too Sequential, Sci-Fi Quest