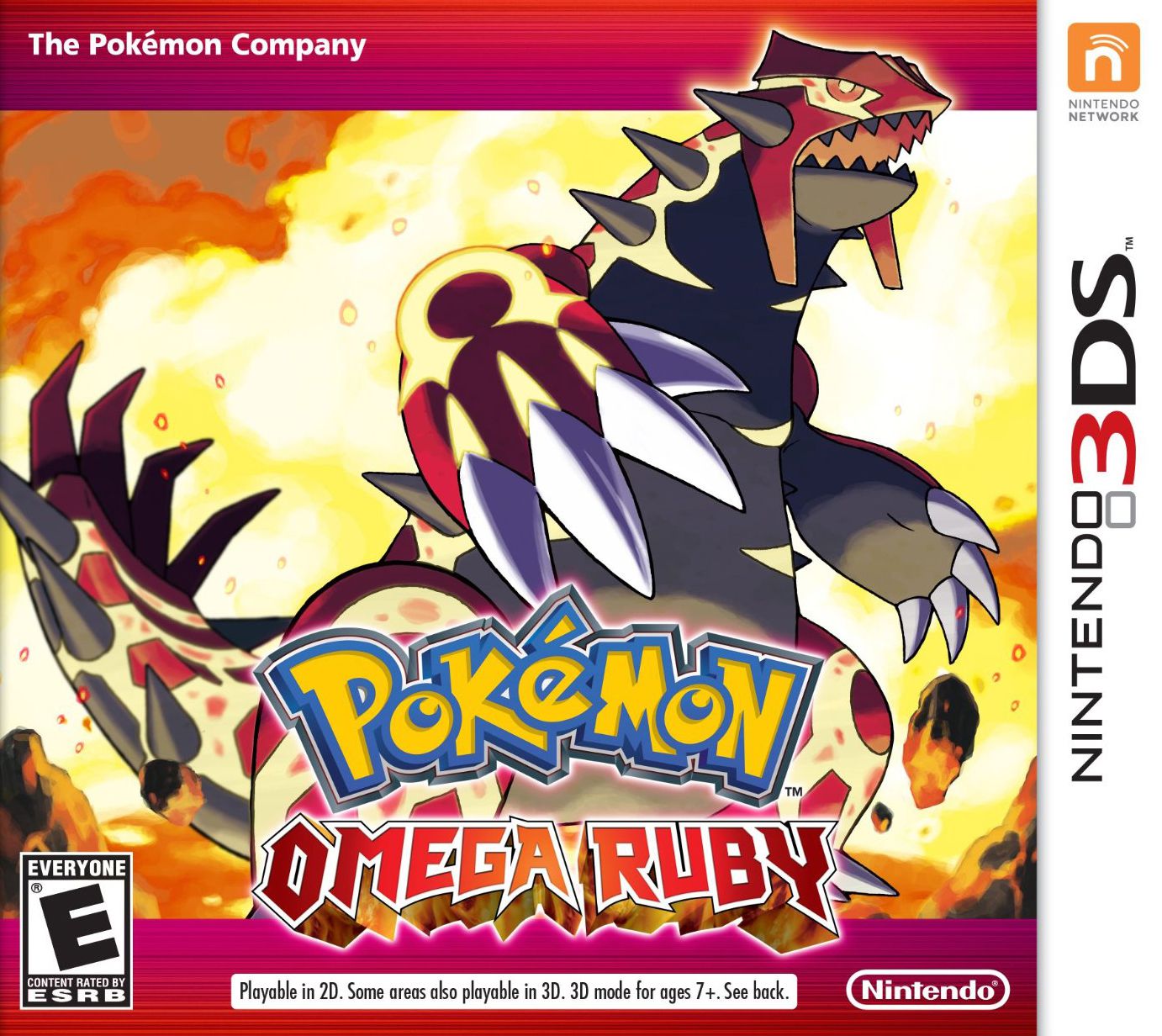 Pokémon Omega Ruby and its counterpart, Alpha Sapphire, begin with a sublime fake-out of sorts, opening up on the same introductory screens that kicked off the 2002 originals—dated Game Boy Advance graphics and all. A few seconds later, though, Professor Birch’s jolly 2D sprite is pulled back to reveal the finely updated 3D interior of the infamous moving van that acts as your character’s initial transport to Littleroot Town and the vast, waterlogged Hoenn region. It’s fitting that the games commence in this fashion, as they execute a slight misdirection of their own, and it’s a welcome one. More a robust refinement of the modernized bells and whistles instituted in 2013’s Pokémon X and Y than a straightforward remake of Generation III’s Ruby and Sapphire, ORAS feels like the bona-fide next-gen Pokémon entry that its predecessors strove to be. With a greater sense of its digital space and a proper post-game storyline that arguably presents much bigger stakes than the main narrative, ORAS currently stands as the premier Pocket Monsters title on the Nintendo 3DS.

The basic plot framework of Ruby and Sapphire is retained here, from rescuing good-natured Professor Birch from a wild Poochyena and selecting either Treecko, Torchic, or Mudkip as your Grass/Fire/Water-type starter, respectively, to embarking on a journey to stop Team Magma (Omega Ruby) or Team Aqua (Alpha Sapphire) from harnessing the daunting, climate-altering competence of Legendary Pokémon, longtime fans hoping for a hefty helping of nostalgia won’t soon be let down. However, beyond the central story, there isn’t much of ORAS that dwells in the past. Aside from a drastic expansion of the Mega Evolutions first seen in X and Y, ORAS puts into effect a slew of fresh features and mechanics that not only enhance regular gameplay, but deepen the meta-game as well. Essentially ditching the personal avatar customization from X and Y (interior design-heavy Secret Bases do well to fill the void though), the majority of ORAS’s improvements to the formula come in the form of the PokéNav Plus, a generous collection of touchscreen applications that actually makes it possible to catch ‘em all without having to leave your everyday life behind.

AreaNav charts species of Pokémon on a mini-map, alerting you if you’ve captured all the roaming varieties in a specific location. DexNav works in accordance with the aforementioned app, hinting at rare local specimens that might have otherwise gone unnoticed. BuzzNav is basically Hoenn’s very own CNN, providing breaking-news bulletins that often incorporate your foregoing decisions into its live reporting. PlayNav gives way to multiplayer options (Player Search Sytem, O-Powers, battle, trade), and the carried-over Pokémon-Amie and Super Training menus. With its ease of use and nearly-everything-available-at-once accessibility, the PokéNav Plus interface is just about the handiest tool yet presented in this fabled series. Additionally, the lately bestowed Soar technique is the next logical advancement of the largely antiquated Fly HM, allowing players real-time flight around Hoenn’s Kyushu-inspired archipelago, landing on previously unreachable islets and uncovering their myriad secrets.

With X and Y and the onset of Generation VI, the total number of Pokémon reached 719. Game Freak was wise to not build on that already insanely high amount in ORAS, instead opting to grant Mega Evolutions to old favorites (Mega Altaria, Mega Steelix, and Mega Beedrill are highlights of the 20 forms newly available). The lack of all-new critters also seems to have given developers the opportunity to make up for the absence of a significant epilogue in the preceding versions. ORAS’s “Delta Episode” is a detailed denouement that has players joining forces with mysterious trainer Zinnia to halt a meteor from crashing into the planet. Hyper-stylized appearances from the mighty Rayquaza and Deoxys give this catastrophe-ceasing coda a weightiness that’s missing from the remainder of the experience. True, Pokémon games might not be known for their involving stories or clear-cut changes to established blueprints, yet ORAS manages to deliver both without forsaking its esteemed handheld ancestors.