A beloved video-game series such as Metal Gear Solid is bound to annoy some people. The usual gripe is that a Metal Gear game is more like watching a movie than playing a game. Revisiting Metal Gear Solid 2: Sons of Liberty, Metal Gear Solid 3: Snake Eater, and Metal Gear Solid: Peace Walker on one disc drives that criticism home. Snake sneaks around a corner and the nail-biting gameplay is interrupted by a codec call explaining the conspiracy-heavy through line. No matter though. Hideo Kojima is highly aware of the criticism. (His Twitter bio still reads: “Game Designer: 70% of my body is made of movies.”) The exceptionally polished Metal Gear Solid HD Collection won’t silence Kojima’s harshest critics, but the fans of his doggedly madcap “Tactical Espionage Action” series will find plenty to dig into here. The stellar HD graphics and full support for achievements and trophies usher the last-gen titles into the current age. These genre-defining games remain largely the same, though.

There’s plenty of bang for your buck with this HD compilation. Soak in Sons of Liberty’s superior gameplay, Snake Eater’s memorable boss fights, or Peace Walker’s taut narrative. Sadly, the PSOne’s Metal Gear Solid and the PSP’s Portable Ops weren’t included in the package and Snake Eater’s online mode is completely absent. Including five games out of the series’s 10 isn’t quite the comprehensive experience fans were hoping for with this set; it would have been better to at least relive the Shadow Moses Incident from Metal Gear Solid. Nevertheless, this collection is still a must-have for fans of these classic games. The visual upgrades are almost as well done as the ones seen earlier in 2011 with the Ico & Shadow of the Colossus collection. There are only some lip-synch and texture pop-ins that shatter the 720p illusion.

Those complaints are minor. The other neat features that are stuffed into this $50 package make you see the forest for the trees. The original MSX2 versions of Metal Gear and Metal Gear 2: Solid Snake are nestled into the menu for Snake Eater. Also, Sons of Liberty and Snake Eater are based on the Substance and Subsistence versions respectively, which means a few bonuses are built-in, such as VR missions and Snake Tales. Historical factoid: The original Metal Gear cost $50 when it first released in 1987, so this HD compilation is a great deal any way you slice it.

The gameplay for all of these games is still tight and responsive after all these years. Characters such as Raiden, Big Boss, Otacon, and Snake are just as engaging as well. Kojima crafts emotionally impactful action heroes set in unbelievable landscapes. Big Boss and Snake’s gruff mannerisms and Octacon’s bashful nerviness are still incredibly endearing. Even the appearance of Raiden halfway through Sons of Liberty is welcome now. When the game was first released, Kojima’s protagonist switch sent gamers into rage mode. After Raiden’s evolution from a wimpy sidekick to an all-out ninja cyborg in Metal Gear Solid 4: Guns of the Patriots, most fans have warmed up to the White Devil.

The series’s convoluted scripts and bizarre twists of logic, especially for Sons of Liberty, are excusable once you consider the complete picture. It’s the little moments that spur such a devoted following for Metal Gear. The faithful weigh the overlong codec conversations alongside brilliant boss battles with the End, Vamp, and Chrysalis, rousing musical scores by Harry Gregson-Williams, and Kojima’s offbeat humor you can’t get anywhere else.

Note: The PlayStation 3 edges out the Xbox 360 as the best console to experience these games. Pressure-sensitive buttons, a minor dearth of achievements, and the neat ability to “transfer” your Peace Walker save to and from the PSP are features that should be considered when deciding which console to buy the collection for. 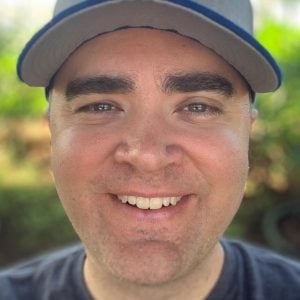