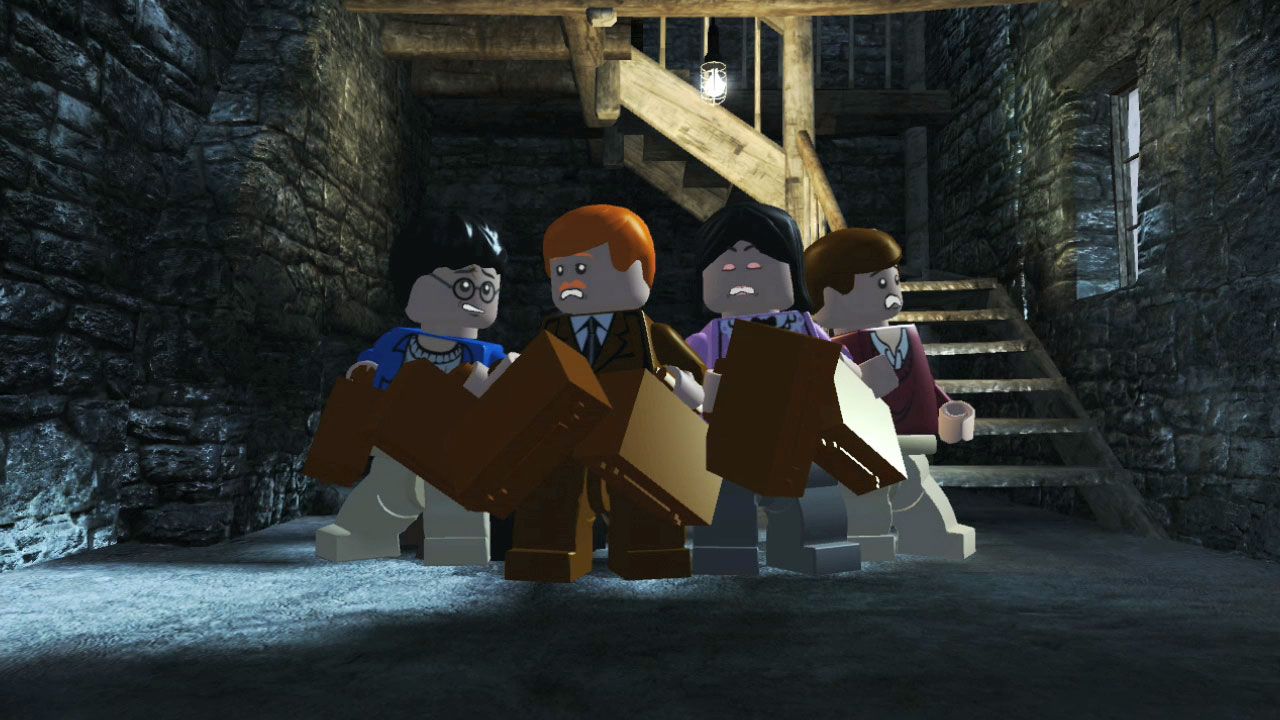 Very rarely, if ever, do you hear reviewers praising a video game or a movie as “predictably excellent.” Usually words like “groundbreaking” and “innovative” are used to shower praise on a piece of brilliant entertainment. While the defamation of the word “predictable” is commonplace in practically all media, that certainly doesn’t have to be the case. In fact, predictability—especially in video games—is sometimes a good thing. Much like having a few beers and swapping stories with an old friend, “predictable” in video games can be comforting and familiar to the player. Case in point: The newly released Lego Harry Potter: Years 1-4, if nothing else, is predictable, but that doesn’t mean that it isn’t a great game. On the contrary, Lego Harry Potter (like all the other Lego video games) thrives by meeting player expectations.

The TT Games formula is to take popular film franchises and subject them to a process of Legofication. The company’s games, with their trademark game play and presentation, showcases the sort of wit and humor that gives a new perspective to ionic series such as the Star Wars and Batman movies.

Whether you love or hate the series, it’s hard not to argue that every Lego game is an enjoyable experience. And when you start thinking that the series has finally gone to the well a bit too many times, what with every game’s core design being practically the same, the slight tweaks made to each iteration keeps the series feeling fresh. These small tweaks, like a sharper look or the inclusion of a better in-game camera, can work fabulous wonders.

In the case of Lego Harry Potter, the game’s ratio of action to puzzle-solving gets fine-tuned. In previous titles, the game play leaned a bit heavy on action and adventure rather than the series’s intuitive puzzles. If the quality of the fighting and exploring were to the level of such games as the Devil May Cry or God of War series, this wouldn’t have been a problem, but the Lego video-game series’s action sections tended to be a bit shallow for most. This, in turn, created a situation where combat became too monotonous. Fortunately for Lego Harry Potter, TT Games addresses this problem by upping the amount of puzzle-solving throughout the game.

While Lego Harry Potter is still fundamentally the same game that TT Games has always made, this simple tweak adds an extra layer of shine to an already strong foundation. For that reason alone, Lego Harry Potter is easily the most enjoyable in TT Games’s long line of Lego games. Children and those who are fans of the Harry Potter series will be pleased with the company’s latest effort, because the game’s brilliance lies in its core predictability in gameplay.