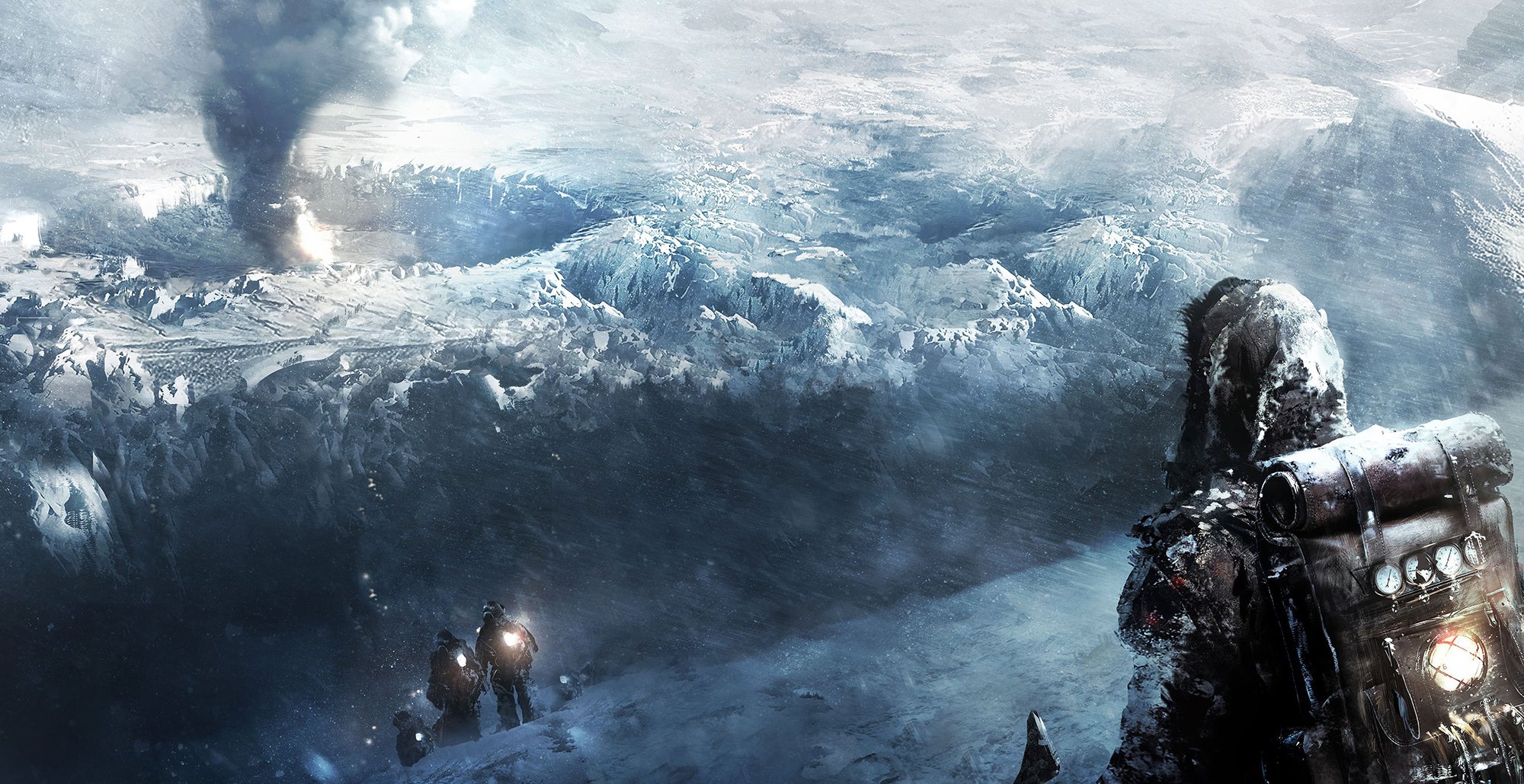 The people of Frostpunk are desperate. After abandoning London for the “frozen north,” they huddle for warmth around a massive generator that powers a new society adapted to the onset of an 1800s ice age. With options for child labor, mass graves, 24-hour work shifts, and other even more extreme measures, this is the city-building game as thought experiment, asking players what goes too far, if anything, in the face of such dire conditions.

Such questions place Frostpunk in similar thematic terrain to developer 11 bit studios’s This War of Mine. But in contrast to that game’s on-the-ground portrayal of civilians surviving in wartime, Frostpunk shifts the focus skyward. It adopts the omniscient, overhead view of your typical city-building game, where you assign workers and choose where to construct buildings to gather resources. The effect is depersonalizing, as survival in the cold is a question of numbers. You can bring up lists of names and select an individual person to see their current needs, their shelter (if they have any), and their family members. But as leader of New London, your main concern is how people contribute to the two bars at the bottom of the screen—hope and discontent—that will signal an overthrow of your rule if not properly managed.

Discontent among the populace will rise if you enforce a 24-hour emergency shift, and if you refuse people’s demands for a rest period from overtime work (or break the rest period to cope with some new disaster), discontent will rise further. Frostpunk is designed to push back hard against the sort of easy dominance over people and place so common to strategy and city-building games. You have little choice but to put unreasonable strain on your laborers, and in this the game forces you to confront an era’s workplace exploitation.

By requiring you to constantly manage people’s hopes and discontents, Frostpunk ensures that you, the unsympathetic overseer, nonetheless feel the destabilizing effects of callous policies. The game’s fail state isn’t that New London crumbles, it’s that the workers banish you to the wasteland outside the city’s borders because they’ve had enough of your management. Likewise, there are no colonies to exploit in order to prop up an empire. As if by some divine retribution, your society of British emigrants is cut off completely, and any expansion at all marks a costly risk. In the game, expansion means more places to heat, more coal that needs harvested, more workers who must be assigned to harvest it instead of gathering food or mine for steel.

Frostpunk is at its best when it forces you to adapt. There’s tension in the way it gradually unfolds new variables you’re radically underprepared for, forcing you to make hard choices about what to research, what laws you can afford to implement, and what policies you can live with yourself for using. You can, for example, get more food rations by cooking soup instead of normal meals at the expense of rising discontent. But you can get even more rations by adding sawdust to meals at the risk of making people sick, which means they might take up some of the limited space in what medical centers you’ve built. Their absence from work will also affect your economy, which might affect how quickly you can gather materials to research better medical centers.

What this focus on hard trade-offs also means, though, is that Frostpunk stagnates when it can’t successfully upend your complacency. Aside from fluctuating temperatures and populations, the game relies heavily on random events to affect your play, which usually prompt moral decisions based on choices you’ve already made like starting child labor or distributing propaganda. But the limits of this system are painfully apparent when the attached hope/discontent changes turn out to be of little consequence to your city’s operation. When Frostpunk turns away from tense scenarios that have you relocating workers or reworking the layout of your city to take full advantage of heated zones and resource limitations, there isn’t much more to do than hit the fast-forward button and watch numbers tick up.

Two additional scenarios outside the main story are a little better at keeping you spread thin since they challenge you with tiny populations or buildings that require high temperatures. But despite difficulty options and a branching path for potential laws, there’s no particularly great variety in the number of different buildings and research to support multiple playthroughs. For a game about scarcity and compromise, Frostpunk seems curiously eager to let you explore everything and fill out the tech tree by the time a scenario is over rather than lock many choices to another round. 11 bit studios takes great pains to keep the player teetering on the knife’s edge of disaster, but they aren’t entirely able to maintain the game’s sense of balance.