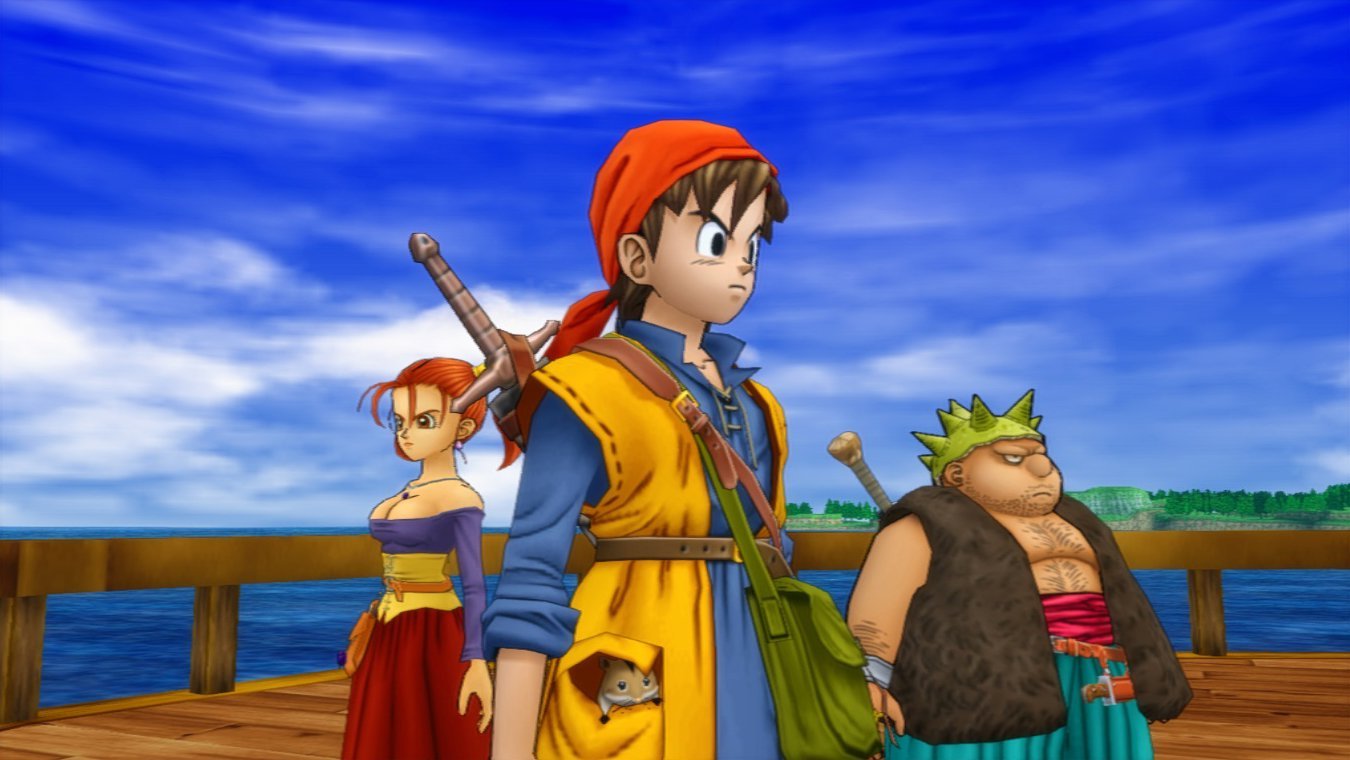 On the surface, Dragon Quest VIII: Journey of the Cursed King appears far too traditional of a roleplaying game, even when one considers that it was originally released on the PlayStation 2 way back in 2004. The protagonist is silent and affable, as the unofficial bible of RPG clichés demands. The game’s archaic menu system also doesn’t permit quick or intuitive optimization and sorting of equipment like those from Square Enix’s best releases (Final Fantasy III, Secret of Evermore) on the Super Nintendo, a system that died in the 1990s. And while the combat stays engaging via a risk-reward “Psyche Up” command, which allows you to forfeit a turn so as to raise your attack power, it otherwise remains quaint with its attack-magic-item-defend options.

Yet even with multiple signs of the game being stuck in the past, its almost-random plot and character moments carry complex emotional weight. At first, the story seems to tritely move toward an obligatory good-versus-evil confrontation, as the playable character leads a mission to apprehend a magic-wielding court jester who turned his king and princess into a troll and horse, respectively. The voice acting sounds as if it came out of a Saturday-morning cartoon program, further pointing to the game’s nostalgia for the good ole days. But as you travel from town to town, the game acquires depth through Koichi Sugiyama’s powerfully sentimental soundtrack and writer Yuji Horii’s attention to how death reshapes communities and personalities.

During one stop, you listen to townspeople lament the loss of a young noble named Alistair. You visit his family’s home and, in a twist that’s both avant garde and fun, assume the role of a rodent that the hero carries around in a pouch. As this strange rat, you scurry about and find a letter from Alistair’s vengeful sister Jessica. This scenario then becomes surprisingly three-dimensional when you go on to witness the tension between Jessica and her overprotective mother, a conflict suggesting that the eye-for-an-eye quest also serves as an excuse for the daughter to get away. Before leaving the big house, players learn that the servants consider Jessica to be insufferably disrespectful, though they understand that she acts of her own free will. Horii’s refusal to simplify the feelings of Jessica and those around her allows the game an unusual detour into moral ambiguity and ambition.

At the same time, Dragon Quest VIII is most comfortable reveling in kooky territory, with monsters ranging from bunnies with unicorn horns to floating bells that can’t shut their big fat mouths. The game’s frequent lightheartedness amid various disturbing tragedies—including an almost-gleeful exploitative version of the churches you frequent for healing and saving your progress—can be distracting, but Dragon Quest VIII’s scattershot approach to emotion ultimately makes its RPG banalities digestible.