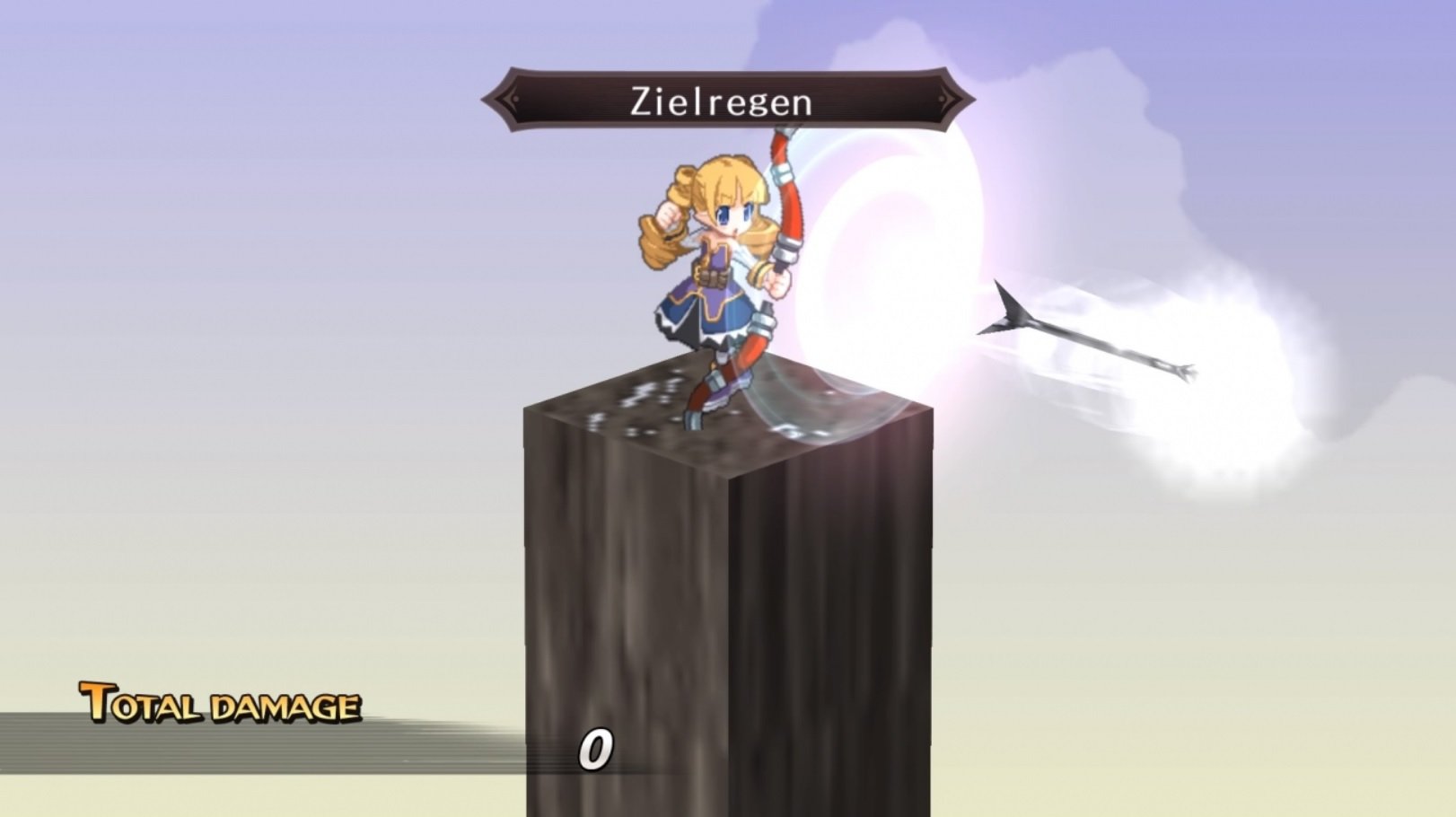 Japan-based developer Nippon Ichi’s Disgaea 1 Complete, an HD re-release of 2003’s Disgaea: Hour of Darkness, presents grinding as a spectacle of artful, sometimes comical, excess. Here, as an arrogant demon prince looking to take over his father’s kingdom, you must go to quite unusual lengths to become stronger faster, including intentionally making enemies more dangerous, exploring hidden worlds that literally reside within items, and beating up members of a legislative body that has control over a variety of power-enhancing features. This is an ode to the time that goes into attaining power, even if that power, as you come to realize, is never quite enough.

In Disgaea, you play as Laharl, a prince who awakens from two years of sleep to learn that his father, king of the Netherworld, is dead. And so the prince, more inconvenienced by than broken-hearted about his dad’s fate, vows to take the throne that he sees as his. Along the way, Laharl comes across various lightweight characters who are hard to take seriously, from a cloying angel who wants to know whether demons are capable of love to a defender of Earth who comes across as a generic hero from the lamest of cartoon programs. No matter what personal motives these people might have, they wind up assisting Laharl as he pursues his self-centered desire to be a ruler.

Not only is Laharl’s quest often played for laughs, but the plot of the game is made to seem irrelevant as you attempt to embrace the grind of replaying a stage for the umpteenth time in order to level up your newest party members. Over and over, Disgaea has you beat a challenge via a turn- and tile-based combat system, go to a hospital to have your wounds healed, then use whatever resources you have at your disposal to purchase equipment and recruit additional fighters, which include typical RPG classes (mages, monks, warriors, and so forth) and any monsters you’ve dispatched throughout the game. With a single hub area that only connects you to fights or other opportunities to improve character stats, Disgaea doesn’t disguise the fact that it’s all about pushing you to grow as unstoppable as possible.

The simplest way to describe Disgaea’s combat system is “Final Fantasy Tactics on methamphetamine.” If you position allies directly behind or to the left or right of you before you attack an enemy, they can join the assault, and a successful four-person combo can absurdly send a foe high into the air as your friends take turns pulverizing the target. On particular stages, color-coded tiles can either buff up or blunt the abilities of whomever stands on them. Even stranger, you can eliminate these ability effects by shattering their crystallized power sources, the destruction of which can cause massive damage-inducing chains of explosions across tiles of a similar color.

The game really goes wild with its throwing mechanics. Don’t like the way enemies arrange themselves on the battlefield? Non-monster characters can pick up adversaries and toss them to different tiles to set up devastating hits on multiple targets. Bizarrely intriguing, if you pitch a monster on top of another similar one, they merge to become one souped-up enemy. (Although this act of weird science results in tougher singular threats to your party, the harder baddies also grant more experience points once they’re eliminated.) And humorously, you can pick up friends who’ve picked up other teammates in order to erect a tall pillar of characters, which can do wonders for traveling long distances in a single turn as each character at the bottom of the stack throws the shortening column of party members to another tile.

By the time you start participating in the story-specific battles during Disgaea’s third chapter, you’ll have traveled inside of a single item—such as a sword and helmet, even a piece of gum—to a place called the Item World. Every item features such a world, which is essentially a dungeon consisting of multiple floors. The more floors you clear within an item, the stronger the item becomes. These worlds also ratchet up the number of color-coded tiles and effects during combat, forcing you to carefully examine where you and your enemies are standing, lest you wind up wasting blows on a foe who happens to be on top of a panel that grants invincibility.

Of course, with so many different factors to manipulate on your way to reaching ridiculously high character levels, it’s almost impossible to see any end in sight to the game. As such, it’s best to view Disgaea as an exercise in over-the-top ambition. In the end, completing the story doesn’t serve much of a purpose. In order to appreciate this game, one has to be in awe at how variables can be intertwined in the pursuit of absolute domination. That you assume the role of a juvenile demon, a being with dubious motivations, implies that to take part in grinding is to be part of an unforgettable farce.