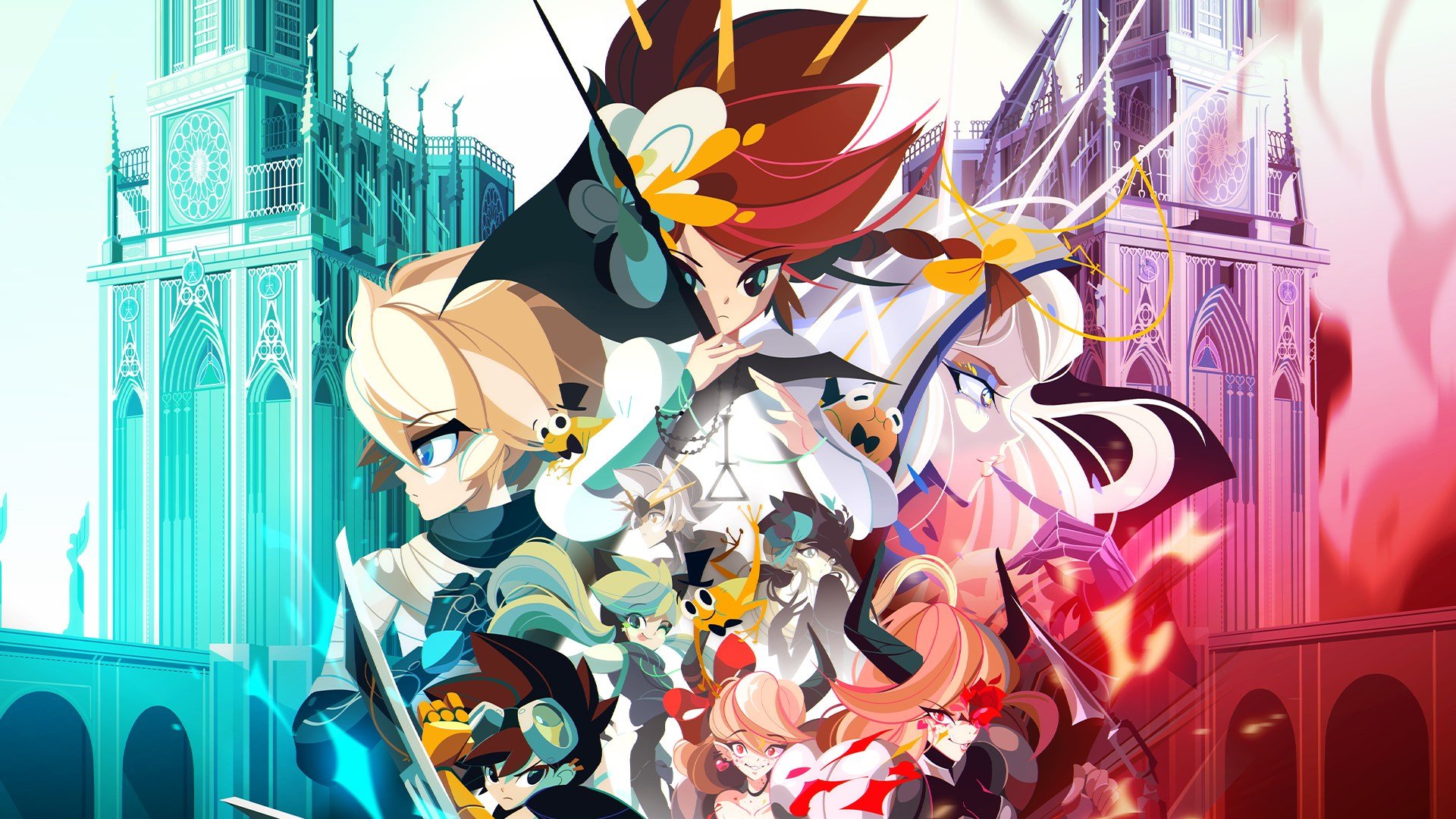 Plenty of games revolving around time travel exist, but none have ever as fully integrated the concept of time manipulation into its gameplay like Cris Tales does. The game’s experimentation doesn’t always pay off, particularly in its repetitious final third, but until then, Cris Tales makes for a gorgeous, thoughtful, and surprisingly funny JRPG.

At heart, the game is relatively straightforward, as befits its blocky pop-up-book aesthetic. In the peaceful kingdom of Narim, an orphan girl named Crisbell discovers that she’s actually a powerful and prophesied time mage. By visiting the cathedrals of four other kingdoms, each in a different biome, she can fully unlock her powers and defeat the Time Empress. But this being a twisty tale of skipping across time, things are rarely as they seem. In a nod, perhaps, to Chrono Trigger, villains become allies and vice versa, and most of the main characters have satisfying motivations for their actions that cut deep across the campaign.

Cris Tales uses temporal mechanics not as a gimmick, but as a means of providing a different perspective on its plot, as well as its exploration and combat. Going a step further than The Medium, which simultaneously renders the real and spirit world on screen, Cris Tales uses a triangular triptych display to foreground the stakes of your quest. In residential areas, the left side of the screen shows the past, the center the interactable present, and the right what will happen if you ignore citizens’ pleas for help and continue to abuse the environment. In St. Clarity, it’s horrifying to see how the citizens who once flourished and worked together—the poor in Floodside and the rich in the Walled City far above—wound up divided. And instead of telling you that Floodside will be fully submerged if you don’t take action, the game eerily juxtaposes a happier past against the precarious present and a deadly future.

Combat in the game follows a similar, albeit more immediately manipulable, pattern. On her turn, Crisbell can send enemies to her left into the past and those on her right into the future, which means that each foe has three different forms. Those struggling to defeat a Goblin Soldier may, for example, benefit from poisoning the baddie and using Crisbell’s magic to send it through time, creating either a younger Goblinair or aging it into a slower Elder Goblin and speeding up the poison’s effect. Cris Tales is never better than when these temporal shenanigans turn standard combat into a puzzle, as in one memorable battle where players must first drench an armored foe and then send it into the future, where it will be rusted.

Sadly, while time magic serves an elegant and creative function throughout Cris Tales, it’s not a fully realized part of the game. Dungeons oddly only exist in their present state, and the constant random battles within them are pointless. If you spend money upgrading your weapons, which can easily be maxed out by the halfway point, and loot treasure chests for equipment, you don’t need to cast a single time spell outside of boss fights.

This is also true when it comes to nailing the timing of one’s moves: You can parry enemy blows and make your own attack critical by pressing a button at the exact moment the attack connects, but your skills are generally powerful enough on their own. Random combat feels unnecessary, nothing more than a way to kill time, and the same can be said for many of the superfluous abilities used by Crisbell’s allies. Cool as it may sound to attack by planting a seed that will explosively bloom, or to have a bag of random tricks that changes based on the time period, the two characters with standard spells are by far the most efficient.

There’s a funny interaction in the second act of Cris Tales in which, after visiting and reactivating several ruins, one of your five companions, the exuberant and excitable Zas, starts imitating the words of another ally, JKR-721, a no-nonsense android. The joke is that Zas has heard JKR-721’s spiel so many times that she can recite it. The game further nods to this repetitiousness during the moment’s second iteration, with JKR-721 now awkwardly but endearingly pausing, assuming that he now knows what Zas is going to do.

That charming, throwaway exchange is just one of the many ways in which the game’s strong writing and character development help to mitigate the campaign’s tedious final hours. It feels like the video game equivalent of a shaggy-dog joke, and while its narrative is fascinating enough to compel you to backtrack not once, but twice, through areas and boss fights that you’ve long since mastered, it’s hard not to wish that Cris Tales had used a little time magic on itself and sped things along so we could have gotten to the good stuff sooner.

The game was reviewed using a code provided by Tinsley PR.

Review: The Ascent Is a Gorgeous Cyberpunk Vision, but Its Combat Is a Grind