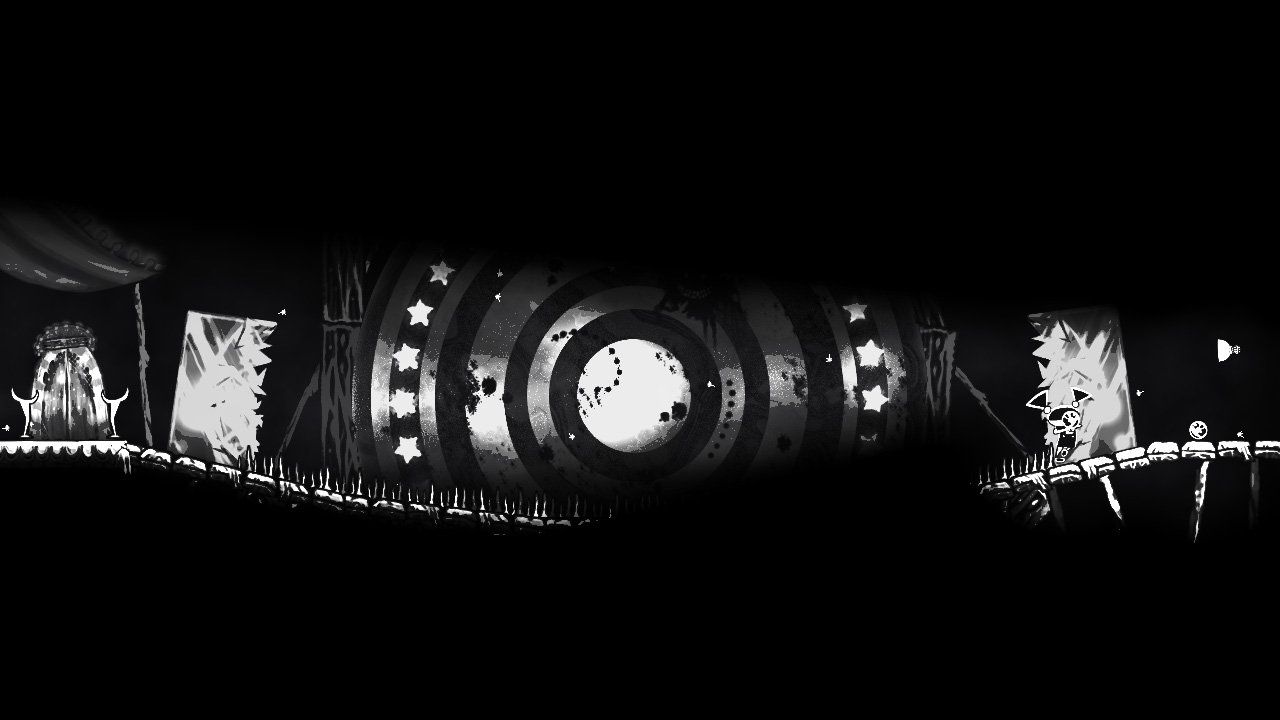 According to Carl Jung, the shadow or “shadow aspect” is a part of the unconscious mind. It’s the dark recess of our brain that contains repressed imperfections, weaknesses, and bestial instincts. The independent puzzle-platformer Closure makes one confront that creeping darkness. The inky depths in each level of this PlayStation Network port are literal and figurative black holes of nonexistence. Exploring the darkness found in all of us is rarely this fun.

Originally a 2009 Flash game, this tough-as-nails puzzler was developed by only three people: programmer Tyler Glaiel, who crafted the brain-boggling levels; artist Jon Schubbe, who employed a Scary Stories to Tell in the Dark-like aesthetic; and Chris Rhyne, who layered on the creep factor with his award-winning soundtrack (stream it here). It’s understandable why Closure scooped up the Innovation Award at Indiecade and the award for Excellence in Audio at the 2010 Independent Games Festival, in addition to the Grand Prize at the 2012 Indie Game Challenge. This is a worthy entry in the lineage of smart puzzle-platformers.

The ingenuity of the puzzle solving is the main talking point here. A precarious interplay between light and dark is a key gameplay mechanic. Only thin shafts of light from items such as floodlights, light bulbs, glowing balls, tiny light orbs, and shifting “light elevators” will grant you access to each level’s door. Any platform or wall can only be touched or interacted with once they are illuminated. If you break a light orb or flirt too much with the shadows, your character will plummet into a bottomless abyss. The difficulty ramps up about halfway through the game and doesn’t ease up; thankfully, restarting a level is as easy as pressing select on your controller.

Closure’s main character is a quadrupedal, demon-like creature straight out of your worst nightmare. After the initial tutorial stages, you can transform into three female characters. Each character explores 24 levels each. All 72 areas are diverse and only repeat toward the end of the main game. You’ll explore a circus, factory, and waterlogged caverns, and after the completion of all 72 areas, you unlock 10 even more challenging levels. Collecting 30 sparkling moths will give you the true ending of your quest. It’s worth the effort. All in all, there’s a solid 10-12 hours of gameplay for industrious puzzle enthusiasts of any stripe.

Like Limbo and Lost in Shadow before it, Closure is a solid puzzle-platformer with an artsy approach. Its warped internal logic is hard to describe, but the simplicity of the experience is elegant and memorable from beginning to end.