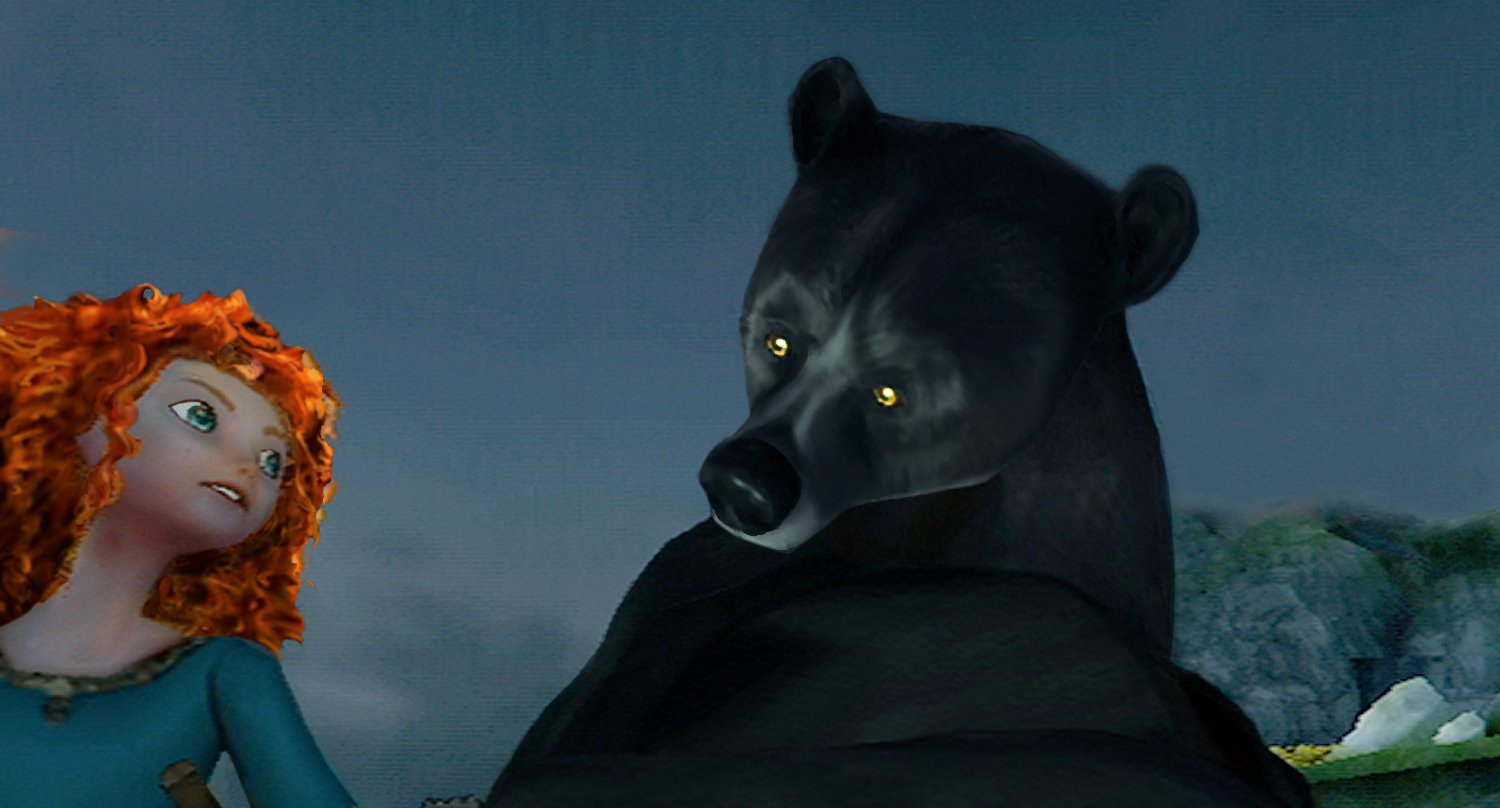 More often than not, licensed games based on children’s animated movies are far from spectacular. Most are slapdash in presentation and seem to only exist to drive the unavoidable marketing steamroller over the patience and wallets of parents everywhere. But Montréal-based developer Behaviour Interactive realizes that the family-gaming experience should work for both kids and their parents. Last year, their tie-in game for Gore Verbinski’s memorable tip of the 10-gallon hat to spaghetti westerns, Rango, expanded on the film’s sandy environs in creative and screwball ways (see: UFOs and zombies). Now their impressive development streak continues with this tie-in to Brave.

This vibrant game is a fairy tale that Disney aficionados will find recognizable, though it contains a modern twist: A teenaged Scottish princess named Merida tries to change her fate and the ursine curse she inadvertently unleashes on her “mum” and three identical brothers across eight diverse worlds—though she doesn’t need to be saved in this story because she’s the hero. The high fantasy of the film translates fairly well to the small screen, with the in-game storyline loosely following the film’s own, all without spoiling it. It’s not as deep or emotionally appealing as the film, but it doesn’t need to be. Gamers crave getting lost in worlds that don’t remind them of the lingering annoyances of life, and this is doubly true for video-game adaptations of prior works. While a film or TV adaptation usually hits certain story beats to please fans of the source material, a successful video-game adaptation often hinges on how far the developers deviate from the original material’s through line. Video games are participatory art forms that thrive on developers getting their hands dirty and players make imaginative leaps once they take controllers in their hands.

Behaviour Interactive largely succeeds with a thin but engaging narrative told via parchment-scroll cutscenes. Though the tale is slight, Brave’s gameplay is an entertaining blend of an isometric action-adventure and twin-stick shooter. The wee lass Merida has to combat the evil bear Mor’du and his legions of magical fauna. The spirited tomboy is a gifted archer and swordswoman, and those two skills aide her through caves, forests, rivers, swamps, snowfields, and coastlines. Swordplay is a button-mashing experience, while firing off arrows is as easy as tilting the right analog stick in the desired direction as enemies swarm you on all sides.

Throughout, Merida collects wind, earth, fire, and ice charms that can be used against enemies with specific elemental weakness; rock creatures are susceptible to a wind arrow, and ice monsters will easily be downed with a flurry of attacks from your fire sword. Environmental puzzles occasionally pop up, such as shooting fire-charm arrows to set ablaze a verdant copse blocking your path. (Parents needn’t worry about their cubs being confused, as all elemental requirements are clearly labeled with hovering symbols.) Strong co-op in family games is a must and Brave also delivers in this area. Behaviour decided to let younger players control an adorable Will O’ the Wisp. This character has unlimited lives and can drop in and out of play with one button press. More children’s games should take notice of this very effortless-yet-effective game mechanic.

One aspect of Brave that shakes up the hack-and-slash formula is the clever team-based puzzles. These mini-games center on Merida’s three brothers pulling levers and switching control on the fly. They aren’t exactly as taxing as a Portal test chamber, but they will be fun for a family to solve together. Merida occasionally requires help from her mother Queen Elinor. The monarch-turned-bear is much slower, but her claw, smash, and charge attacks are brawny.

The game’s main problem is its short length and meager replay value. Its eight levels will only take an average player about four-to-five hours to complete, even with adding restricted exploration for new weapons, tapestries, and costumes. Enemies and breakable objects spray golden coins for charm upgrades throughout, but once the credits roll there’s little incentive to play again. The tacked-on Move archery mini-game is a sad distraction from the main game and bonus materials are largely absent. Still, this above-average adventure handily avoids the dreaded licensed-game curse. It possesses a moderately deep progression system for a children’s game and the gameplay is swift, accessible, and endearing. Renting or buying this game at a discount would be fun for a few amusing family nights.

Review: Magic: The Gathering – Duels of the Planeswalkers 2013