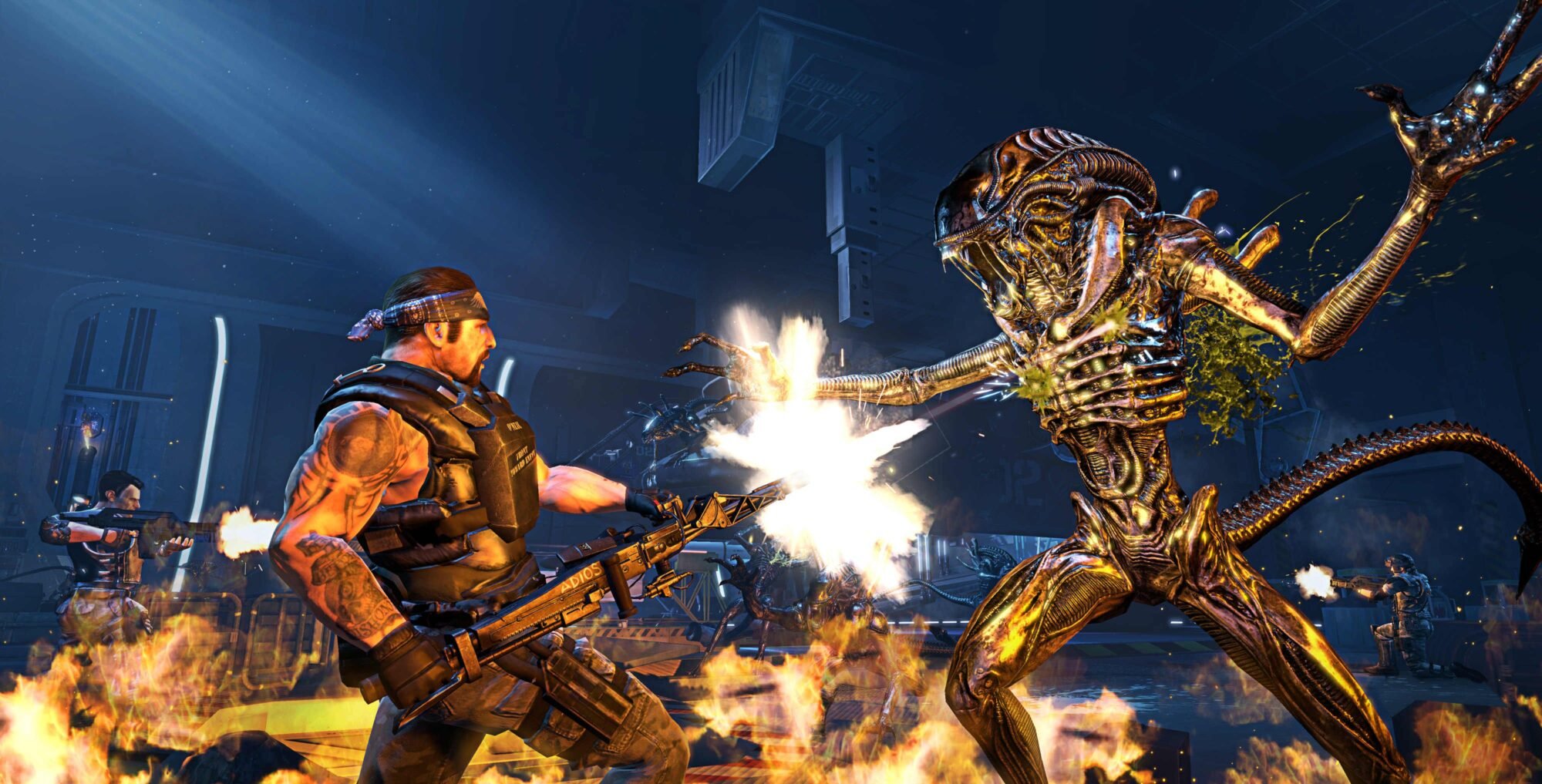 Aliens: Colonial Marines was championed by its developer, Gearbox Software, as something rare in the video-game industry: a solid licensed game. Its tellingly hands-off demos featured dynamic lighting and environmental effects, but the final product is missing a lot in the way of general graphical polish. Though many entertaining games play well in spite of not looking great, inspecting Colonial Marines’s asinine plot, buggy AI, and lackluster multiplayer modes only further reveals that this is the first major gaming disappointment of 2013.

Gearbox assured fans of the longtime sci-fi franchise that it understood what made the original Alien movies so appealing. Indeed, a dexterous combination of the first film’s creeping terror and the sequel’s smartly paced action would make for a grand space adventure, though Aliens: Colonial Marines is far from that. Gearbox’s intriguingly troubled development of the game led to the Borderlands 2 developer outsourcing the bulk of the main campaign to TimeGate, most recently responsible for the shooter Section 8 and its sequel, and the result is a game that fails to grasp the movie series on even a rudimentary level.

Colonial Marines is a mind-numbing, tension-free shooter sans thrills and gravitas. Its incomprehensible main through line also amends the plots of the Alien movies in perplexing ways. Though set four months after the end of Aliens and Alien³, this awfully short game’s first act ends with the military transport spaceship U.S.S. Sulaco crash-landing on the disastrous surface of LV-426. Somehow the planet is still swarming with xenomorphs and the only way off the rock is by blasting through an endless parade of Weyland-Yutani’s mercenary forces and aliens.

Even if you couldn’t care less about revisionist storylines, Colonial Marines falters at being just a playable game. Enemies resemble jerky marionettes tossed at your face and the neat addition of the motion tracker from Aliens adds little pressure to the proceedings when the level designs are extremely linear. The basic mechanics of gameplay are flawed: Enemies respond little to your underpowered weapons and oftentimes will get stuck on the geometry of the dimly lit environments. The main campaign is a supreme mess, but the game’s four multiplayer modes (Team Deathmatch, Extermination, Escape, and Survivor) are engaging for a few rounds. The ability to play as five unique xenomorphs sets these modes apart from other first-person shooters, and though the multiplayer has some interesting ideas, it’s blemished by an undersized upgrade system and combat that’s just as buggy and unresponsive as the single-player mode.

Ultimately, the game performs like a bargain-bin title from an earlier console generation. The production values and combat are severely lacking throughout, and the promises made by Gearbox make the eventual disappointment even more disheartening. The marriage of a shooter with the Alien franchise should be at least a backboard shot, but this ended up being a total air ball.