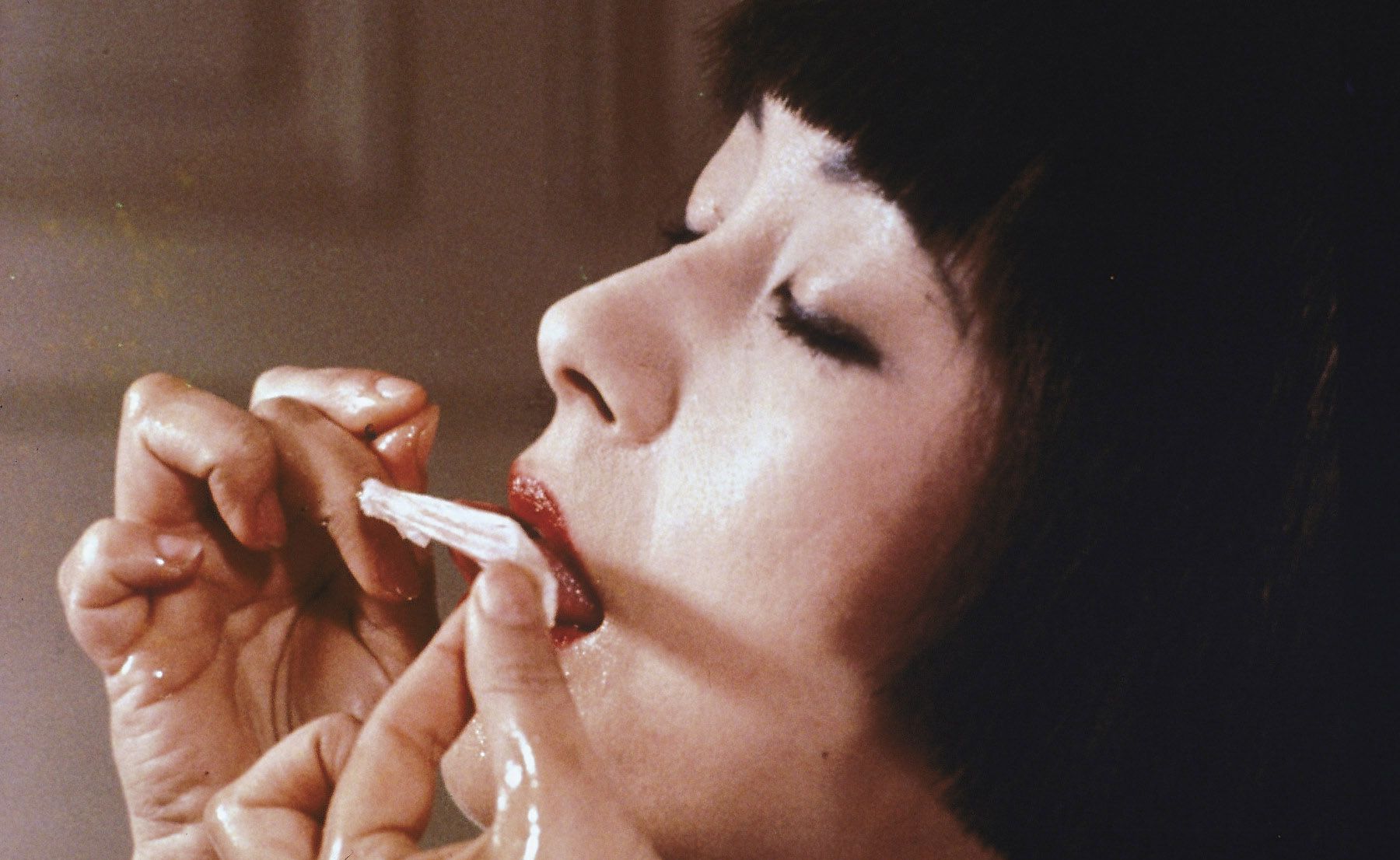 Seijun Suzuki is a master of visual dissonance: he dishes out strikingly beautiful images with cuts so jarring he often seems just as dedicated to seducing his audience as he is to seducing them. Consequently his films are often more enjoyable in fractured doses. There is a scene in Youth of the Beast where a mob boss watches a nightclub scene through a soundproof two-way mirror. The lights go out in the club and a woman rises from a brightly-colored clamshell. But without the musical cues to suggest that we’re watching a typical lounge act, and through the distancing device of the two-way mirror, the scene becomes all at ounce haunting and exciting, voyeuristic and surreal. The rest of the movie, with its raucous yakuza posturing and cleverly reflexive Yojimbo-like plot, suffers from the shadow of this early visual climax. Such is the case in even the best of Suzuki’s genre films (Branded to Kill, Tokyo Drifter). Even though the director has unparalleled talent for taking generic vehicles on wild psychedelic corkscrews, as a whole the results are often uneven.

However, with Zigeunerweisen—shot in 1980, after Suzuki took a 10-year break from directing—Suzuki retires the cumbersome plots and predictable settings of his genre films, and lends his bizarre, outrageous, and completely visual language to a bona fide art film. This time Suzuki’s virtuosity is the main course, not just the garnish. Set 1920s Japan, the film charts the relationship between two entirely different men. German professor Aochi (Fujita) arrives at a beach just in time to stop the police from arresting Nakasago (Harada) for killing a woman. The postured, respectable Aochi—looking dapper with his well-trimmed mustache—vouches for Nakasago, who first appears starring down the threatening mob while munching wildly on a corn cob. Soon after, the brutish, unrestrained Nakasago admits to the crime, which for some reason doesn’t seem to bother Aochi. Later, the two enjoy the company of Koine (Otani), a geisha who becomes the third part in an endlessly bizarrely love triangle.

Suzuki doesn’t waste any time here with petty rules of continuity. Sometimes an actor leaves a room only to be shown in the next shot still sitting there. One argument takes place in and around a spooky tunnel—with the “in” and “around” alternating from moment to moment. This confusing, sometimes baffling style makes it tempting to just throw up your hands, but the beauty of the film lies in its residual effect: peppering the cornea with graffiti while still implanting a complex but unified theme of death, eroticism, and control. Throughout the film, Aochi is the observer and enabler, with Nakasago acting as a free-wheeling embodiment of lust and self destruction. In a way, Suzuki uses Aochi as a double for the audience, much like Lynch used his protagonist in Blue Velvet. Like Jeffrey Beaumont peering through the slats of the closet door, Aochi is often staring, rapt with curiosity and horror as his friend’s behavior becomes more and more outlandish.

With this first installment of his career-riving Taisho Trilogy, Suzuki proved that the films he made as a salaried studio director showed only a taste of his true virtuosity and talent. And even though this film is loaded with bizarre and subliminal transformations, it’s the change in tone for Suzuki that’s ultimately most satisfying.