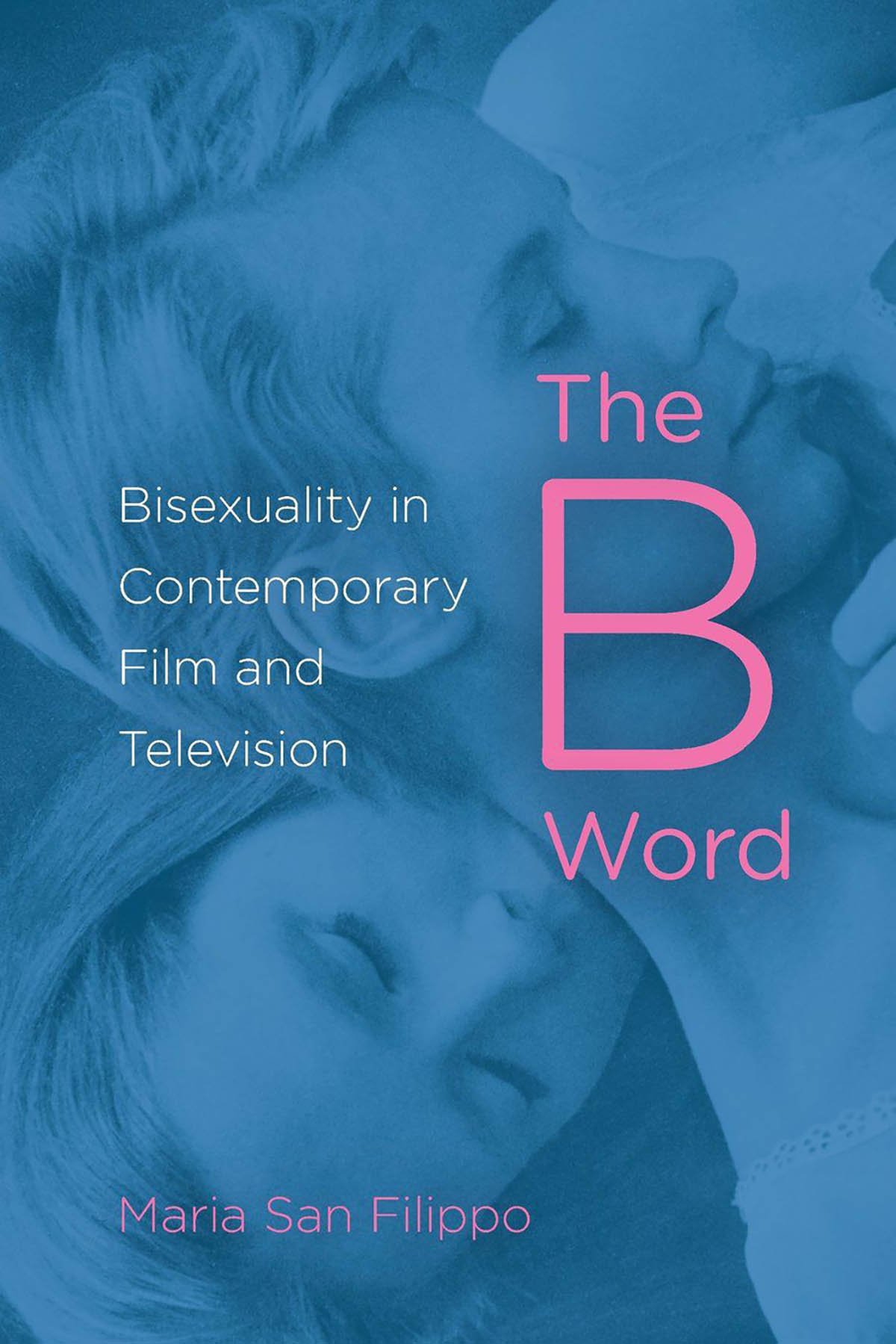 Immediately upon picking up a copy of Maria San Filippo’s The B Word, one can’t help but be skeptical of its survey-suggestive subtitle: Bisexuality in Contemporary Film and Television. Too often these sorts of book-length inquiries result in thin reasoning, a lack of sufficient theoretical foundation, and become, essentially, a cataloguing of film titles or scenes that help affirm the author’s central thesis. This brand of indexical scholarship is tired and, aside from a resource, ultimately worthless in terms of further explicating the trends and nuances of a given subject. Perhaps that’s why San Filippo’s book is a joy to actually read and not just glean information from. Much like Daisuke Miyao did with The Aesthetics of Shadow: Lightning and Japanese Cinema, released earlier this year, San Filippo structures her scholarship with storytelling sensibilities; the analysis is provocative and wholly considerate of its area of study, but also proceeds with a glee and determination that produces new, exciting avenues for future study within queer theory.

As such, San Filippo consistently relies on case studies to elucidate these viewpoints, but does so anchored under a few precise and playful lines of inquiry. For example, the book’s opening introduces San Filippo’s term “bi-textuality,” which involves the “negotiation of unfamiliar terrain by way of a familiar route,” and helps to enliven the book’s predominant thesis—that bisexual sensibilities are present in many mainstream American films, not just in terms of content but also marketing strategies—by way of wordplay. The term’s creation helps found exactly the ways in which San Filippo wishes to proceed and affirms that she’s looking for far more than merely instances of latent bisexuality; more compellingly, she demonstrates “the ways in which bisexuality is already present, if obscured—hidden in plain sight—by modes of representation and reading confined within monosexual logic.” The films/shows under examination are wide-ranging; even the staunchest of post-structuralists would have to raise an eyebrow at the book’s mentions of Pandora’s Box (1929) and A Shot at Love (2007-2009) in the same sentence! Yet, San Filippo is no fraud when it comes to effectively juxtaposing these kinds of texts. Whereas a lesser author might offer such a comparison to feign cosmopolitan interests, San Filippo’s deft navigation of how these texts do interact with one another borders on remarkable, in expressing macrocosmic cultural sensibilities as it relates to bisexual representations, both explicit and implied.

On this point, San Filippo is quick to point out that while the word “bisexual” is often absent from the dialogue of both contemporary films and film reviews, the utterance of the word itself isn’t as important as “the degree to which screen texts contribute insight to the discourse on bisexuality.” However, the book opens with a discussion of Chasing Amy (1997), which, according to San Filippo, was the first film most people asked about when she described her book to them. Interestingly, the actual word “bisexual” isn’t said within the film; moreover, and much to San Filippo’s chagrin, the word rarely appears in critical analyses of the film either. San Filippo sees these omissions as a gap in queer theory, that consistently retains an interest in monosexuality—characters as either gay or straight. In a clear homage to Laura Mulvey, who once famously wrote, “It is said that analyzing pleasure, or beauty, destroys it. That is the intent of this article,” San Filippo concludes her discussion of Chasing Amy by stating: “Just as his relationship with Alyssa (Joey Lauren Adams) has concluded, so too is his personal and professional partnership with Banky (Jason Lee) over—as Holden (Ben Affleck) learns, ‘some doors just shouldn’t be opened.’ It is this book’s aim to open those doors.” Such a scholarly allusion peppers San Filippo’s work with a sincere degree of reverence that refutes the potential sophistry of such an alignment. San Filippo’s insights are of a considerably, potentially game-changing order, in the same manner that Mulvey’s both captivated and angered academics almost 40 years ago.

Though San Filippo’s book covers numerous film titles and television shows, three case studies in particular stand-out as exemplary: first, her revisionist, exhaustive pages on Mulholland Drive (2001) offers a reading that more prizes Rita’s (Laura Harring) perspective and convincingly demonstrates how such a viewpoint would necessarily shift the film’s contents to focus less on “interpreting Mulholland Drive’s dream segment as exclusively Betty/Diane’s (Naomi Watts) wish-fulfilling fantasy,” thus opening up the bisexual elements of the film. Chapter three (the strongest of the book) is an examination of both Brokeback Mountain (2005) and its marketing campaign explains how the film was primarily marketed to women (bi-textual) and that the film itself is “radical” for refusing to represent its male leads as simply monosexual. In addition, San Filippo denigrates the tendency of reviewers to refer to the film as a “universal love story,” which flattens the queer-specific narrative. In particular, Kenneth Turan’s claim that “the two lovers just happen to be men” not only draws San Filippo’s ire, but recalls the famous “happens to be” bit from You Are All Diseased (1999), in which George Carlin lambasts such PC rhetoric used by “guilty white liberals.” The last half of chapter three most unexpectedly devotes 18 pages to a discussion of Wedding Crashers (2005) as perhaps the most progressive of the Bromance cycle, for its “queer-friendly, feminist, and sex-positive” outlook, while also “destabilizing the monolithic ‘marriage myth’ that naturalizes and romanticizes compulsory monogamy.” Wedding Crashers constructs masculinity across a spectrum and offers ambiguous variance, according to San Fillipo. These attributes stand in contrast to The 40-Year-Old Virgin (2005), which San Fillipo sees as hypocritical and misogynist, since it both reinforces the “marriage myth” and “steers between purporting to be queer-tolerant while still giving homophobia the last laugh.” San Filippo considers these films with equal parts seriousness, humor, and indignation at the limited scope of representation inherent to Hollywood filmmaking.

Ultimately, San Filippo’s book is rigorously theoretical and intellectual, though the work must be partially faulted for being almost completely irrespective of cinema as a medium-specific mode of expression. San Fillipo’s words rarely, if at all, slip into any kind of formal or production-oriented conversation; it’s straight text, text, text. These aims are likely so because San Filippo’s entire mode of judgment is founded upon progressive politics over craft and artistry. That is, the mode of evaluation remains fairly one-dimensional, in that the analysis does not waver from the singular pursuit of textual analysis. Only when speaking to marketing contexts (Brokeback Mountain as the exemplar) does the book truly feel groundbreaking on an interdisciplinary level. Yet, even with those critiques in mind, The B Word “happens to be” one of the most compelling and thoughtful academic reads from the first half of 2013.

Maria San Filippo’s The B Word: Bisexuality in Contemporary Film and Television was released on April 12 by Indiana University Press; to purchase it, click here.